This coming Saturday will mark my five year “blogoversary”. A laborious blog post lavishing personal reflections doesn’t feel right. As more time passes, such inward focused accolades tend to make me uncomfortable. Writers write, that’s what we do, and for me blogging is writing, an activity I will likely partake in the rest of my life. It is an honor not only to write, but to be read, and so I want to thank you my readers. To celebrate, I’m breaking this blog’s rule of not using the first person, and asking you to join me in a two week campaign benefiting the next generation of technology women (see my fundraising page).

I have several reasons for wanting to support women in tech, not least of which is that this side of the technology sector — communications media — is dominated by women AND both of my business partners in Zoetica, Kami Huyse and Beth Kanter, are women in tech. But before going in depth into why this matters to me, I’d like to provide some details into the actual cause.

The competitive NextGen Tech Women fundraiser (Allyson Kapin, Danny Brown, Julie Pippert, and Amber Mac also have independent teams) will benefit the National Center for Women & Information Technology’s (NCWIT) Award for Aspirations in Computing. The award recognizes young women in high-school for their computing- related achievements and interests. By generating visibility for these young women in their local communities, the Award encourages their continued interest in computing, attracts the attention and support of educational and corporate institutions, and emphasizes at a personal level the importance of women’s participation in computing.

Anyone can join us and start their own fundraiser. We are going to continue until Thursday, May 5, with a final big push in celebration of Mother’s Day. NextGen Tech Women hopes to achieve $25,000 in donations from individuals. Anything helps, $25, $50 or $100, please give what you can. 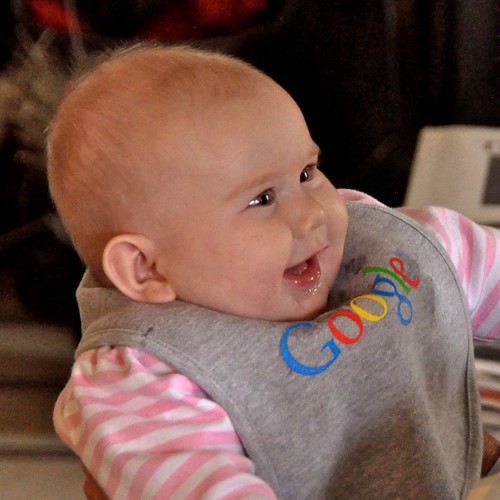 In last winter’s series of conversations with Robert Scoble, Danny Brown and dozens of commenters about the gender imbalance in the technology industry, several things became clear to me. Blogging about the problem won’t help, and that action needs to be taken highlighting successful, capable women current and future in this sector. It is only through supporting, encouraging and highlighting women in tech that the larger industry will be forced to reckon with what the statistics already show: Executive women in tech companies equate to better run, more profitable enterprises. Thus, my support for NextGen Tech Women.

There is a real need for this. Here are several attitudes that have been revealed or alluded to me as I have blogged about this topic over the years:

These statements really bug me. Whether you feel they are true or not, they are all statements that show a system architected towards men. The irony of the middle two statements is that they are often repeated and espoused by men who are often not coders, and often not CEOs. When considering my daughter Soleil’s future (pictured above), I think this is the kind of ignorance she will have to swim upstream against.

I know she can do it if she wants to. It’s in her blood. My maternal grandmother was a successful entrepreneur twice, first owning her own art gallery in Phoenix, then running a winery in Provence. My mom still has the largest syndication of any astrologer in English speaking newspapers globally. But I’d rather try to address this problem now, perhaps her road may become easier, just as today’s women have benefited from the equal rights era decades ago.

Raised in the family that I was, I know that women just like men can set their mind on a goal and achieve it. If given the opportunity,they can be great in any profession. Greatness is a human possibility, not a gender specific one. That’s why we need to support women in technology, and give everyone a level playing field.

I hope you will join me over the next two weeks, and donate, participate, discuss, and share about this important issue. I shared some of the strong women in my life, past and present. Who are some of the great female role models you have known?