The Book of the Void is the final chapter of the Five Rings, following the Ground Book, the Water Book, the Fire Book, and the Wind Book. This chapter is all of one page and spiritual in nature. The Book of the Void is really about the instinctual art of strategy as opposed to timeless lessons of approach. Because the esoteric chapter is so short, this final entry in our series addresses the book’s final points broadly in a singular post.

The Book of the Void 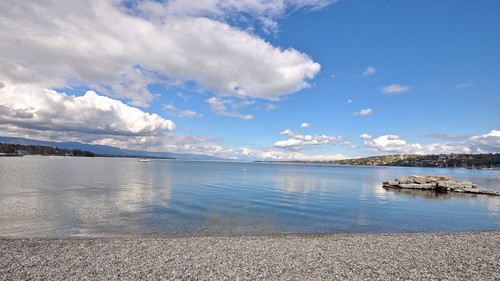 The whole chapter — all seven paragraphs of it — can be seen as a meditation of sorts. It reminds us to know everything we can, not only of our own disciplines, but of other disciplines and market factors which affect our approach. In essence, the strategist must know what exists, must practice diligently, and research often. This weaves several themes from earlier chapters.

Applied to today’s communications marketplace, their is great turmoil in the market this week because of the Fortune article about Twitter’s troubles. Over investment by popular Twitter personalities that also seek to provide communications strategy advice has created marketplace conflict. The Twitter-centric popularity-focused approach departed from “the Way,” creating myopia. Now there is distress and dramatic opining about Twitter and its future.

However, while Twitter’s troubles caused obvious conflict for many, true strategists have been dissecting empirical data for months now that have clearly shown the network’s rapidly declining influence and strength. Further, knowing the way of people and online technology-based communities, experienced strategists know the law of migration to newer and different forms of media is normal (AOL to Friendster to MySpace to Facebook). People move from community platform to platform like water, seeking the experiences that offer the most ease of use, and the best value in their day-to-day lives.

These strategists have been counseling clients appropriately about the need for diversification, the current strength of Facebook, as well as other social, mobile and traditional media. They know what is working today — what exists if you would — and what is not known. They act with certain knowledge of the void.

Many strategists are focused on mobility. It is a consistent back channel (and increasingly public) conversation. These strategists are seeking to gain as much knowledge about the new technologies on smartphones and portable media as possible. Indeed, the incredible amount of tablets expected to be in the market by year-end 2012, shows that while portable media is not currently present as a dominant trend, the form factor is clearly coming. How people will develop programs for and use tablet media represents a great void in today’s communications marketplace.

There is no conflict in this. This view of mobility simply is a reflection of factual statistics and market forecasts, and at the same time this belief is nothing for it has not yet been realized. It is a path to the future, and at the same time has only a growing place in the present, just as Twitter is the past, and a dwindling part of now. Twitter may or may not recover, or it may simply settle in as a secondary network; however that is also the void, and one cannot assume anything beyond the current trajectory. One must act “broadly, correctly, and openly” in addressing all available data.

Understanding this without remorse or fear, and simply acting upon it is the Way. Strategists will learn about new rising media because it impacts their work, and they need the knowledge to inform themselves. Tactical knowledge is available by relentless practicing; a necessity to maintain an edge and the ability to instinctually understand strategy.

Conversely, communicators who have become overinvested in tactics and tools out of laziness or inward motives, and have failed to broaden their knowledge will struggle. They cannot decipher the void.

This concludes the five part blog post series of reflections based on Musashi’s The Book of Five Rings. The series hopefully inspired thought and discussion about what strategy actually is by infusing classic strategy fundamentals into today’s dialogue about communications. What are your thoughts on the strategy series? Was it useful? Are you interested in future discussions about strategy fundamentals?