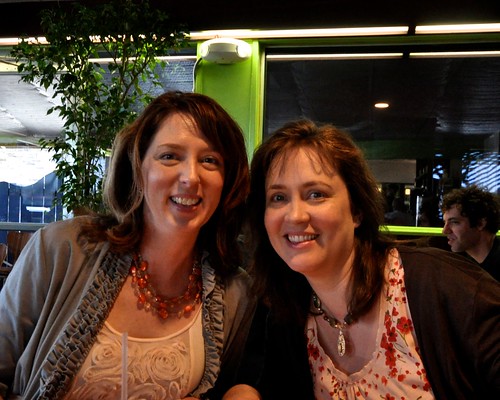 With just two days left in the NextGen Tech Women fundraiser, the team of Danny Brown, Allyson Kapin, Julie Pippert, Kami Huyse and yours truly has raised more than $2,200. All proceeds are going to the National Center for Women In Technology’s 2011 and their Award for Aspirations in Computing, which recognizes young women in high-school for their computing- related achievements and interests. Now, Network Solutions and its Women Grow Business initiative has joined the effort with a matching grant for the next $1,000 in donations (you can donate here)!

As a father of a beautiful young lady and a partner in a majority woman owned business, the reasons to participate and support NCWIT seem obvious. But in the spirit of NetSol’s fantastic contribution, here is a top ten list of reasons why you should back the next generation of women in technology.

10. Women garner just 9% of all angel investment funds, yet they have the same approval rate for applications as their male peers. Educating women to succeed in this market needs to happen!

9. There is an attitude within women’s conversations on the topic that they are meek, don’t share ideas in meetings, routinely discount ourselves, are bad at math and science, and are responsible for twice as much of the housework than men and three times the childcare. Blogger Lisa Barone explains why this is not every woman’s attitude.

8. Sunday is Mother’s Day and what better way to celebrate the great woman in your life then a donation to support tomorrow’s great women?

7. Some male investors still believe that women will neglect their businesses in favor of their children (while men are better at abandoning their kids for business?). See how Paige Craig worked through his prejudices and invested in a female founder.

6. Women-run tech startups generate more revenue per invested capital and fail less then those led by men, according to New York Entrepreneur Week. Hmm, makes you think that matching 14% angel invest rate is off.

5. Within our own little corner of the tech sector, women are often denied speaking engagements. Men dominate! And that is in spite of the fact that a strong majority of social media communicators are women.

4. The gender wage gap is not expected to pull even until 2057. Yes, 46 years from now. Today, women have to work 2.6 hours more per day to achieve the same wages as their male counterparts. Yeah.

3. “Wishful thinking and arguing about female founders, entrepreneurs or gender roles is overriding recognition of the powerful role that the female consumer is already playing in technology.” Read the ensuing stats on women’s incredible use of technology as posted by TheIceBreak CEO Christina Brodbeck.

2. “Companies, including information technology, with the highest percentages of women board directors outperformed those with the least by 66%,” according to research by Catalyst.

1. And most importantly, Network Solutions is matching your donation (up to $1000)! What better reason do you need than twice the giving power? Donate today!