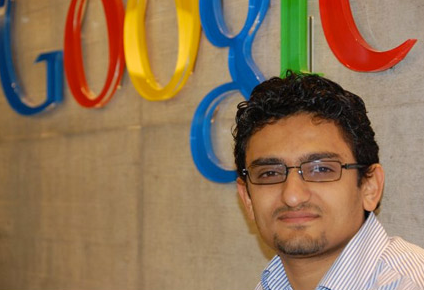 Perhaps you saw the news. Wael Ghonim, the Google Exec behind the Egyptian Facebook protest page “We are all Khaled Said,” has been signed to write a book, Revolution 2.0. It is ironic that the faceless revolution that has swept across the Middle East is now finding its faces, its influential voices. Really, this seems to be an inevitable result of cause and effect: Folks like Wael Ghonim and the unfortunate Libyan rape victim Eman al-Obeidy have remarkable stories.

Because we have identified with their stories and struggles, they are now influential voices. In essence, they have been coronated by the media and the public after the fact of their brave protests. Influence came after these acts. In the case of the deceased Tunisian rebel Mohamed Bouazizi his influence is felt after his sacrifice.

Point being is that influence is a result of doing things, from organizing on Facebook to resisting terrible oppression at the hands of Momar Gaddafi’s henchmen. That doesn’t mean that influencers do great things again.

Going back to the Magic Middle influencer theory, we see that in the cases of al-Obeidy, Bouazizi, and Ghonim, none of them were famous or well known before their various acts of courage. In the case of Ghonim, his ability to market the cause helped a pre-existing Facebook community of Egyptian protesters, the April 6th Youth Movement. It’s important to note the April 6th movement (founded by Ahmed Maher, Asmaa Mahfouz and Israa Abdel Fattah), had 70,000 Facebook members of its own by April, 2009. And the April 6th Movement was comprised of bloggers and influencers, who were in turn in touch with Tunisian voices.

The Fifth Estate and the Middle East

These magic middle voices are the real heroes of the revolution, something Ghonim has acknowledged in interviews. Many, many voices came together to create the groundswell of the rebellions. They were the citizen media, the Fifth Estate in action. Collectively, they created such an uproar they toppled governments, and drove international media attention.

In general, Middle East protestors had no international (or national) voice before this year’s events. The rebels were not “influential” when they began. Instead they created their own power. They built upon and strengthened each other, using tools like Facebook, videoed demonstrations, Twitter, blogs and then the power of the media to get their word out. They had to use new tools because the old established media channels were under autocratic control.

So we have our faces for the Facebook revolution. We as a public can identify now with the trials of a region through the stories of the few. But let us remember, the perception of influence acknowledges the recent past. These acts not necessarily repeatable either. Consider how Syrian Facebook organizers are being tortured for access to their pages, and in turn the thousands of people who have anonymously organized against oppression.