Beware of Pedestals in the Attention Economy 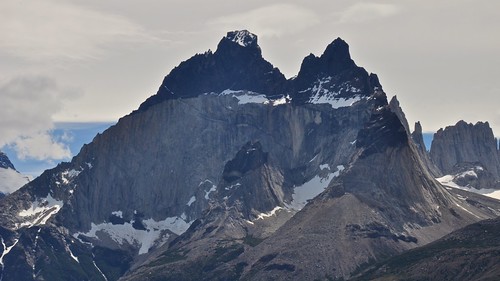 Danah Boyd wrote a fantastic post last week about Internet fame and its negative impact on individuals. It is easy to buy into the rock star kool aid when people frequently sing your accolades (and fallacies) online and at events, especially when popularity is valued by society as an achievement. But accepting a pedestal as an individual, and viewing a personality in a higher light presents numerous difficulties, many of which are hard to surmount for those who don’t expect to ever receive such accolades.

As the attention economy strengthens, we have failed to provide a balanced view of attention, and how to truly address it. The Boyd post talks about Kiki Kannibal’s trials and objectifcation as a teen Internet celeb, and then Boyd’s own experiences. Having had a turn at microfame, it is easy to identify with Boyd’s comments.

When Now Is Gone came out in 2007, there were so many people saying how great it was, touting the accomplishment of publishing a book, and me as the author (please forgive the rare digression into first person). The lavished perception of brilliance was intoxicating. My wife Caitlin wanted to kill me, and this was the beginning of a long year of difficulties that almost cost us our marriage. Fortunately, we worked things out.

Looking back, I had a timely intervention just weeks after the book came out at the hands of the Fairfax County Police. It came in the form of my third reckless speeding ticket in six months. Speeding to make appointments and work tasks seemed necessary because I was so busy (and important) in my own mind. Virginia DMV had a different take, and felt it would be better if I didn’t drive at all for three months, and suspended my driver’s license.

Employees drove me to appointments, and I spent many, many hours in the DC Metro system. It was virtually impossible to think I was a hot shit personality while I took the bus and metro to meetings. Big blogger boy on the back of the bus. Yeah.

This forced humility was one of the best things that has ever happened to me. As the attention continued, the license suspension reminded me not to take it seriously. And when people became overzealous, I pointed out that I put my pants on one leg at a time, just like they did. Later in 2008, I did a stint of volunteer service at Alexandria County jail; again, a great reminder of where I could be if my self centered speeding and possibly worse manifestations of selfishness had continued. But for the grace of God, as they say.

Applied to the Larger Attention Economy

It has been hard watching several peers succumb to the big Internet influencer hype, a result of the attention economy. Perhaps my reaction has been stronger and more severe than most, partly because I knew these people before they assumed their pedestals, and partly because I see the worst in me when their behavior takes a more ego-centric bend. Truthfully, it scares the crap out of me.

So many of these so called rock stars have fallible sides which we don’t see, or turn a blind eye towards. This is no different than the recent difficulties Arnold Schwarzenegger and Lance Armstrong are experiencing in the larger public limelight. These two men have done great things, but because we put them on and they accepted such high pedestals, their very flawed defects have decimated public trust.

We need to be careful about turning great acts into great myths and legends. Our culture creates unsustainable images that cannot help but disillusion and disappoint both the people who assume these pedestals and their fans. There are no social media Gods, but there are illusions that can cause us to become distracted and lose months, even years of time chasing things that don’t really matter.

In the end, it is our actions that make us noteworthy as people, both good and bad. Greatness is a daily act. So is failure. In an attention economy you can live on a success for a long time, but sooner or later, you have to do something else worthwhile. We have an equal opportunity to do good or act poorly every day, and in fact, rare is the person who isn’t human and doesn’t do a bit of both. That’s why it’s important to beware of pedestals.