Building a Market for Citizen Journalists 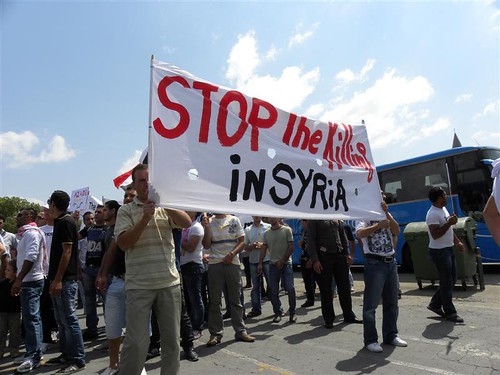 It was a great honor to feature some of the organizations that are trying to build a stronger citizen journalist corps last week on Mashable. One of the more striking aspects of the story interviews was a perceived need to build a receptive audience for citizen journalists. For example, both AllVoices and Global Voices are building platforms for new citizen voices.

In his interview for the piece, AllVoices GM Aki Hashmi said the biggest challenge facing citizen journalists was, “Being heard.” And as quoted in the Mashable piece Solana Larsen, managing editor of Global Voices, said, “Cultivating readership of citizen media is probably just as important as cultivating citizen media itself. People could be typing away in Egypt but if no one inside or outside the country were reading what they were saying or taking them seriously, it would have little effect.”

The need for a citizen journalist platform makes sense. If you think about it, most news organizations are not as progressive as CNN in highlighting citizen journalists (the iReports you see on the cable networks web site).

Instead, citizen journalists are left to compete with every other form of blogging and content creation on the social web. And there is significant competition from parent blogs to gamers.

Small World News Director and Cofounder Brian Conley stated as much in his interview for the story. “The biggest challenge for citizen journalists at the moment is to rise above the mass of citizen content and make themselves heard,” said Conley.

Citizen journalists are rarely looked for except when an event occurs. It is then — particularly in areas where the media is not present; has a relatively small foot print; or is simply not covering a story — that citizen journalism really shines. If you think about the most notable moments for citizen journalism, it has been when they break stories instead of the media. That is when independent voices become the Fifth Estate as first envisioned by media professor Stephen Cooper.

One thing is clear, even in its current limited role citizen journalism is working. As it matures, it might become more of a commonplace aspect of reporting the news. Reader demand for non-traditional masthead voices may increase.

Of course, that will take formal vetting by more journalist organizations to be included side by side with paid journalists. Having written a couple of iReports that made it to the front page of CNN’s site, the vetting process was significant with editors fact checking your report on the phone. Or new citizen journalism platforms like those mentioned here may simply become go to places for “on the scene” points of view.

What do you think about the future of citizen journalism?