The Great Mystery of Media 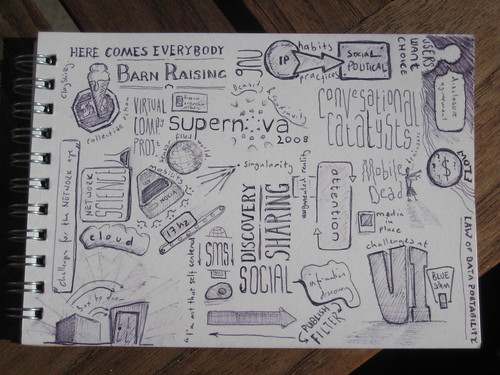 Back in the 1970’s, a Canadian named Moses Znaimer did something that nobody had ever done before. He took the medium of television, which had long been a great, mysterious and meticulous process reserved only for a select set of highly trained professionals, and gave it back to the people.

Through his little UHF station, CITY-TV, he turned the TV production process on its head, and made everything the studio. He showed audiences not only what was happening on the screen, but what was happening behind the scenes too. Lights and cameras and microphones were in the shot. The cameras moved and roamed and shook and zoomed in and out, and were taken from the pros and placed in the hands of the reporters and hosts. It was spontaneous and real. Moses Znaimer de-mystified TV, and the broadcasting world was never the same. The medium is the message, indeed.

Flash forward about 35 years and here we sit, firmly planted in a new era where media truly is in the hands of the people. Everyone now has the opportunity to be a publisher. So, one would think, with media being so accessible to all of us now, that more people would actually be publishing.

Yet most of us are not.

As much as the Internet as changed our behavior, it really hasn’t changed much at all. We just think it has. As easy as it is to just push a button and become a publisher now, most people still are not doing it. They know the process is not a great mystery any longer, and they are intrigued by the possibilities.

They WANT to publish, because they’ve seen the benefits publishing can bring to them and their business. But still, they hesitate. Why? Because the average person still thinks the so-called “experts” and “A-Listers” are the ones with all the control. They think that the people with the loudest voices know more, so they fall back to the role of passive consumer of media, because it’s the safest place to be.

The truth is, just because the mystery of the media process has been removed from the equation, doesn’t mean that you are ready to take the next step to become a publisher. Why? Because as comfortable as you are with the process now, you’re still not convinced you have anything interesting to say. You still would rather consume than create, even though you know that creation is the best thing for you.

But you DO have something to contribute. You are already interesting, by the very nature that you are the only one in the world who sees things from your perspective. And by sharing that perspective, you’re giving the world something very, very worthwhile.

There’s really only one way.

Susan Murphy is an entrepreneur, TV producer, teacher, blogger, podcaster, and social media nerd. She’s been tinkering with media in all its forms for the past 20 years or so. Suze lives in Ottawa, Canada with four furry four-legged creatures and her extremely patient husband.