Last week Mark Zuckerberg revealed video chat (see above video), the first of many new features in what will be called, “Launching Season 2011.” Yet, this announcement (conveniently timed one week after Google+ launched) only seems to add to the problems that Facebook has.

First and foremost, Facebook’s nightmare user interface offers a plethora of features, many of which don’t fit on one screen view much less a mobile application. More clutter won’t make the mess better. While an interesting business strategy — much like McDonalds’ approach to adding competitive products to its menu — sooner or later so many features are just too much. On the contrary, additions are bound to make Facebook’s menu of social offerings even harder to navigate.

Facebook needs to address its user interface, wonky personal list issues, and privacy concerns as Google+ did with its next generation offering. Google+ is not perfect by a long mile, but it did up the ante. 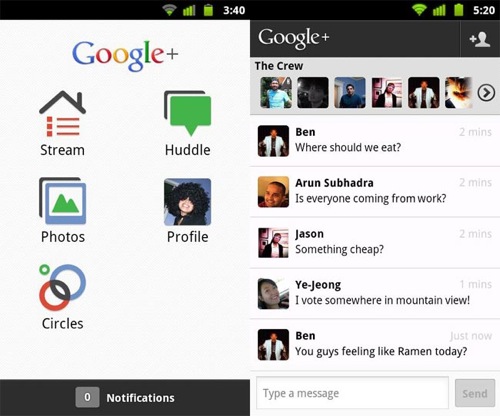 Consider the whole mobile experience. Everyone knows the mobile revolution is upon us. Just today Pew released a study showing 25% of Americans prefer accessing the Internet on their smartphones.

If the Facebook web interface is bad, the mobile interface is from hell. Google+ was clearly designed with mobile use in mind. The Android app is fantastic, and exposes a lot of weaknesses in the half functional Facebook app. The inability to provide a great experience in a touch environment is a major competitive issue for Facebook. Not only does it have Google+ to contend with, but Twitter will soon be integrated into all iPhones. Mobile will be a two front war for Facebook.

Like other networks Google+ has privacy issues with content licensing, too. But at least it is built on an opt-in premises with circles of friends rather a big jambalaya of friends, colleagues, and family. It respects the way we work as people and our sense of privacy. This is the exact opposite of Facebook’s approach, which is empire building at the expense of its users.

You can easily make the argument that Google+ is in the beginning, and doesn’t warrant a response, even if it has five million users already. Facebook has 750 million users. But Inside Facebook recently reported that Facebook’s growth has stabilized in early adopter countries, and is even retracting in some months.

Time has shown over and over again that big web companies lose their stature. The “Death” of Facebook is not so unfathomable this month. To stave off that loss of stature, Facebook needs to address its UI and privacy issues rather than create more of the same problem.

What do you think of Facebook’s response (or does it need to respond)?