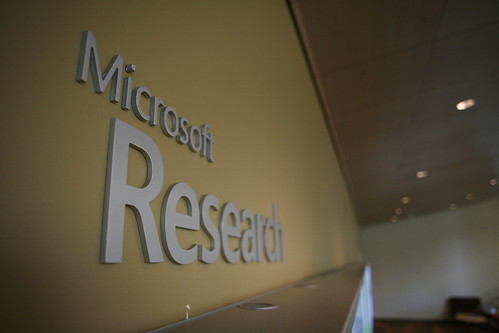 In an effort to better serve readers with value added content, every month “Geoff’s Market Research Bulletin” will be sent to interested readers. The Bulletin encapsulates all of the new interesting market research studies over the past month that seem worth sharing in one place. Sign up today if you are interested in this free email newsletter.

The below is an abbreviate version of the first newsletter sent to subscribers yesterday.

A new study from the Pew Research Service’s Internet and American Life Project reports 65% of all American adults online are using some social networking site (which is up from 61% a year ago). This is the first time we have seen social media growth drop to single digit rate, indicating the late majority and final phase of adoption has begun.

A more interesting milestone might be that for the first time, a majority of ALL Americans are using online social networks (there being a small percentage that don’t use the internet at all). Furthermore, the growth is coming largely from older demographics. The under-30 age groups were stable while the 50-64 age group grew from 20% to 32%. Finally, the study also reported that most users gave a positive response when asked to describe their experience in social networking, indicating that once they’ve tested the waters, many are opting to stay.

Like It or Not: You May Be Defined by a Single Search Term

For an interesting peak behind the curtain of marketing research, read comScore blogger Eli Goodman’s August 29 post. In it he reviews three sets of comparative search terms and demonstrates how market researchers can parse the demographic data available to help deliver relevant results (read ads) to the searchers. This is a practice he says is being used increasingly and with more sophistication.

By breaking down the data on who searches for Google+ vs. Facebook, iPhone vs. Android, and Red Sox vs. Yankees, Goodman shows how market researchers quickly deduce from that lone word that a Google+ searchers are younger and wealthier, cellphone searchers are generally about the same, and that Yankee fans are much more geographically diverse. While is generally known that this is going on (we all see the interesting ads that pop up on our screens) it’s another thing to see how they do it. It is also enough to give us pause we turn to our browser to find the latest new gizmo.

In looking at groups of location-based applications on mobile devices, the Pew Research Service’s Internet and American Life Project recently reported that 28% of American adults have used at least one of them. The services included using phones to get directions or recommendations based on their current location, using phones to check into geosocial services such as Foursquare or Gowalla, and setting social media service to automatically report their location.

Most cellphone location service users fall into the first category, with latter two of these activities only representing single-digit percentages of cell and internet users (5% and 9% respectively). Digging a little deeper into the report, there are some obvious finds (younger people use location services more) and some interesting divides (whites are more likely to seek location data while minorities — particularly Hispanics — are more likely to disclose their location).

There’s an old adage that if you want results, you have to do the work. There are no shortcuts. And it applies to social media, too. A new report from the makers of EdgeRank drove this point home last week, noting that its analysis of more than 1 million Facebook updates on 50,000 pages show that when users post updates using a 3rd-party applications like Hootsuite or TweetDeck, engagement drops, on average, by about 80%.

Theories abound as to why there is such a huge drop (that Facebook penalizes the apps or collapses their content, or even that communities regard these posts as spam), but the fact remains this is a big blow to effectiveness. What good is saving time on posting if the messages are only 20% effective? (On the other hand, using 3rd-party apps will save a lot of time on the back end because there will be no comments to respond to.) Bottom line: social media is like anything else, you get out what you put in. Take the time to manage your posts, tweets and updates from within the platform.