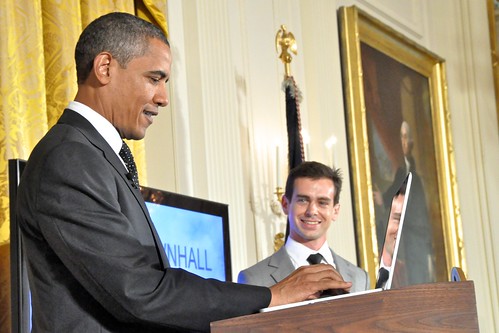 Klout only gives President Barack Obama an Influence Score of 48

It’s been an interesting week with all the news and ensuing hub bub about Klout’s new formula. Beyond the curiosity of the moment there’s not much to talk about, though. See, people that waste their time on Klout, determining influence on it, debating its merits, etc., are wasting time.

Enough has been said about Klout, high scores and their deficiencies, as well quantifiable metrics in general. Scores are an easy way for PR people to build a list of top voices in a topic area so they can spam, er, pitch them.

Yet great scores — the sign of someone who has had success — don’t necessarily produce context or relevance to an individual community or on a particular issue. Frankly, the most influential people in any given sector aren’t on social media. They hire other people to serve as community managers.

Still for the online game, you want those digital voices. In most cases high scores are demonstrative of context in one particular area. Without a relationship it would be extremely hard to get that high scoring influencer to invest energy into your effort. Instead you would have to focus on the magic middle and build your own influence from the ground up.

The best way to build community is to be a part of the community. Relationships are built by investing time in people. In the end, some sort of symbiotic relationships is built, quid pro quo. Further, understanding which influencers with the real levers in a community can only come by intimate familiarity.

When we focus on influence rankings — tools that quantify a media form’s participants like it was run by journalists — we walk away from the basic truth about these particular types of media. They are relational. They are SOCIAL media.

So, by focusing on lists and not dialoguing and adding value through relevant content and investment, a practitioner is not present. Their effort is bound to have fundamental weaknesses. Building relationships in real life at events, meetings, and through social media are the ways to cultivate better influence.

What is the real reason to quantify big social media influencers? If relationships are your desired outcome, why waste time?