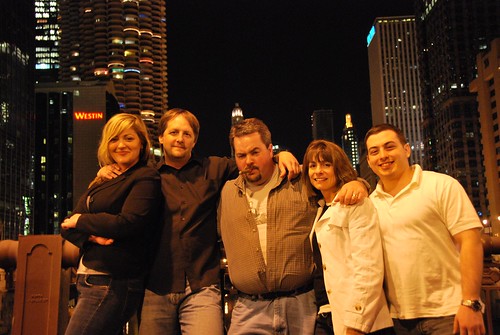 Most of you already know the top-ranked blog Copyblogger. Founder Brian Clark started the company as a blog in 2006, and has expanded it to become a media company that helps businesses grow through social media and online marketing.

A mainstay in the sector, Brian is also active in relevant conversations. After Jennifer Leggio’s Forbes piece on authenticity ran last month, we began discussing some of the articles points, and have no expanded our conversation into a full-on interview. Special thanks to Brian for his insights on authenticity, Klout and Google+

Q: Why is authenticity preached, but not really wanted by the crowd in major social media marketing and business efforts?

BC: This is a matter of perspective. People do want authenticity, but they want what’s authentic to them. People want to connect with people they relate to, not to corporate speak or talking points. And yet, they also might not want to know your bathroom habits, or your political views, or enjoy your salty language, depending on the context.

The rallying cry of authenticity in social media has given people who consider themselves marketers to put their egos first and the desires of the people they communicate with second. This is the antithesis of good marketing, or even simply being a human being that others react favorably to.

Good marketing, good business, and being a good person, in my view, are all about putting yourself second and focusing on others first. When you do that, you have to speak to people in a way that’s appropriate to them, or they’re not going to listen.

When they listen and are influenced by you, however, a magical thing happens — you end up getting what you want after all. And it’s a win for everyone.

The other issue is one of context. We act differently in different situations: you’re different around your mother or at church than you are at a reunion with your college buddies. Both are the “real” you, and yet you behave differently due to changes in context.

The context of social media marketing requires you to decide which aspect of you is most appropriate for the audience. And again, I firmly advocate putting what your audience wants ahead of your own desire for “self-expression” or whatever. But only if you want to succeed, of course.

Q: Given that, what is your personal approach to authenticity on Copyblogger and your social networks?

BC: First and foremost, we put valuable content ahead of individual personalities. This is a fundamental key to why we’ve succeeded at turning a blog into a software business.

Also, due to the nature of being marketers teaching other marketers, we’re exceptionally transparent about the fact that we “practice what we preach.” In other words, rather than trying to pretend, we make a point of letting the audience know we’re doing to them what we’re teaching them, both as a demonstration that it works, but also because to do otherwise would be exceptionally bogus (a.k.a. inauthentic).

On social networks, I’m basically me. I’ve got a goofball and irreverent sense of humor that’s combined with a focus on sharing content — both ours and from others — that helps people achieve their goals.

That said, I filter myself in a few ways. This comes back to context. Just because a relatively large group of people desire to learn more about copywriting, content creation, online marketing and related topics, doesn’t mean they’re all similar in other ways. In fact, they are a radically diverse group of people.

So, in “real” life, I tend to use fairly colorful language. I have opinions about religion and politics and other volatile topics, just like anyone.

Online, I generally avoid cursing or discussing other “off topic” areas that provoke controversy. And I truly mean generally. I often slip up because (surprise) I’m a real human being just like anyone else.

Maybe it’s because I was raised in the southern United States, but I try to avoid those things because it’s not professional or polite. In other words, if you don’t know what will offend someone, it’s appropriate to avoid certain behaviors and topics. And when you have 155,000 blog subscribers and 92,000 Twitter followers (find Brian on Twitter), it’s really easy to offend people without really trying.

Every once in a while I’ll say whatever comes to mind. I call these Twitter purges. Some leave, a lot think it’s funny.

I call it sanity preservation. ;-)

Mostly though, I genuinely love to teach. If I tried to fake that, not only would I be inauthentic and miserable, but Copyblogger (and every other business I started that preceded it) would have failed. This is something you cannot fake, at least not for long and not well.

Q: Klout is back in the news with a retooled algorithm that’s caused some controversy. What do you think of Klout gene, and influence metrics like it?

BC: I think metrics like Klout are useful as a beginning point. Our Scribe software incorporates Klout scores as a starting point to build relationships with relevant influencers, but it’s the beginning of the journey, not the destination.

That said, too many people are focusing on boosting their Klout scores (i.e their egos) instead of helping others. It’s in the latter realm where true influence is created and practiced, regardless of some numerical score.

Q: It’s been a four plus months since Google+ launched. You and I chat there periodically. What do you think of its future?

BC: I’m bullish on Google+, mainly because I love it over there (follow Brian on Google+ here). But it’s also hard to ignore the practical applications as a content producer. Google is moving more to site usage and sharing data for search rankings, and Plus is a direct feed of relevancy and value. If you’re creating great content, you can’t afford not to make a bet on Google+, because you’ll be scrambling later like the initial Twitter doubters.