Personal Branding and the Destruction of Social Fiber

In the post social media era, we are in a fight to preserve authenticity, perhaps a losing fight. Commercialization has destroyed many aspects of the once coveted community, including the ability for people to simply be real. A primary causation of this deterioration of real people talking to real people is the personal brand movement.

In an effort to put one’s best foot forward, to win business, to gain higher notoriety, to be liked, conversations have become contrived. Personal branding, a movement flawed in so many ways, has stopped people from being present.

To be clear, mindfully present doesn’t necessarily mean that one needs to air every single defect of character throughout the day on Twitter. But it is a journey.

We saw Ashton Kutcher muff up a Penn State tweet. Instead of hiring his social media agency to program his personally branded tweets, it would have been much more refreshing to see an actual sincere apology and a forward leaning conversation. But in the era of personal branding, Kutcher did what so many others have already done. He sold out.

When people are driven to purposefully maintain an image or a sales proposition, they are no longer there. Often they will drive any active conversations toward their intent, instead of focusing on the other person(s) and the ideas at hand. 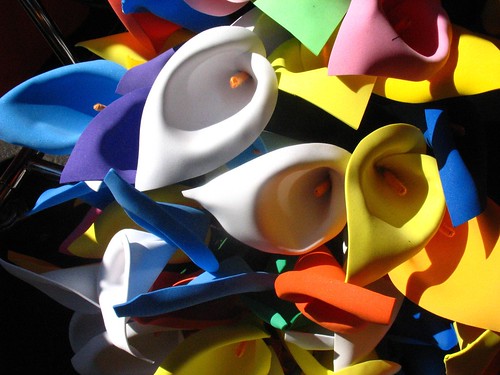 Fake Flowers in the Sun by Orin Zebest

It’s hard to have a relationship with someone who is not there.

Social media is a relational media. When relationships can’t be watered, they wither like flowers in the blazing summer sun. And so without real people talking to each other, the very fiber of social media is weakened. This is the state of the over-commercialized, personal brand-centric social web.

Perhaps the battle for authentic human behavior online is already lost. But real people talking to real people will never stop being desirable, nor will it ever go-away. More likely, it is bubbling under the surface of the commercialized noise, or simply existing separately as individual private sub communities in the underground.

How do you think personal branding has impacted the social web?