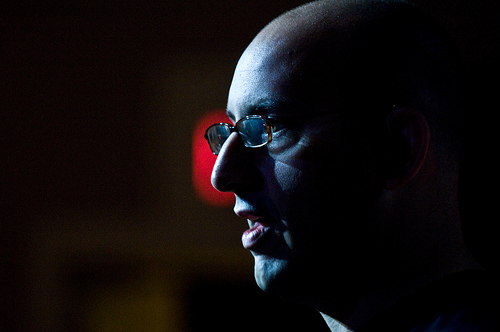 Over the past years, I’ve taken a hard approach to public criticism, disagreeing with marketing bloggers and voices by name. While the argument that a publicly stated idea merits debate still holds weight in my mind, these moments have been too costly on several levels. Here’s why:

1) The people criticized feel hurt. This is not universal as some folks have taken the posts in the spirit of debate, but most don’t. Instead they are very upset by such criticism.

While I, too, receive criticism publicly, it’s not my intent to hurt people. I certainly understand their feelings. It has taken me years not to react negatively towards public criticism and to this day, I don’t always succeed. Frankly, it’s not worth it when criticism can be levied in a general way about a topic or an idea.

Some may say these individuals are too sensitive. Perhaps, but it’s not my job to toughen them up or “teach them a lesson.” Instead, if a differing point of view should be aired then let it be done without names (or direct link) instead only discussing the idea. Even better, demonstrate better ways through a positive action and/or example.

2) When there is drama, it inevitably becomes a distraction. In one such instance when a top ranked blogger flipped his lid, I was writing a proposal for a project with Google that was due the next day. We did win the bid, but it was a serious temptation to mix it up with the blogger. I had to really focus, block out the nastygrams I was receiving, and lock down my feelings.

Other call-outs have produced similar moments of retribution from voices mentioned, and in one case a rumored effort to blackball this blog. Again, responding to or summoning the mental fortitude to ignore an angry response is not a good use of my time (or the offended party’s time).

3) Being right and being happy. You know, often those conversations are about being right or wrong. And while I still see some of these arguments as one way or another, who cares? Are lives on the line? Is it worth it? Do I really need to prove to the world that my marketing ideas are better? Or does my track record speak for itself?

Some fights aren’t worth it. They are meaningless trivial debates in the grand scheme of things. I have plenty of inquiries for business, and I’d rather spend the time on my family, clients and more positive and creative projects.

4) Legacy and contribution. Will these arguments about marketing concepts truly be valued by the marketplace? No, the only thing that people tend to remember is that I am the jerk that called so and so out.

I have been very intentional over the past few years about where my career energies have been invested. For the most part, this has been towards helping others through nonprofits and mindful companies. My words need to better support those actions. It’s about focusing on what matters: Contributing to society in a meaningful way.

Is this tact less saucy? Will the posts be less “controversial” and thus not read? Am I selling out? Giving up? Maybe, maybe not. You can still count on ideas being questioned here. At the same time becoming a better man and investing my energy more intelligently is what matters. Let the results and posts that discuss these issues in a general fashion speak for my marketing savoir faire.

And to those who have been offended, I am sorry for any pain I have caused you. I will not be calling people (even Malcolm Gladwell) out by name (or via direct link) anymore with this blog. Good luck in your endeavors.