No Respect for Train Wrecks

The train wreck scene in Super 8 captivates you with its sheer level of destruction, power and unbridled fear. The scene is an awesome spectacle of sheer force and damage, one that you replay a couple of times to see which parts you missed. That doesn’t mean you want to hang out by the tracks for the next scheduled train wreck.

Yet isn’t that how some online personalities act online? 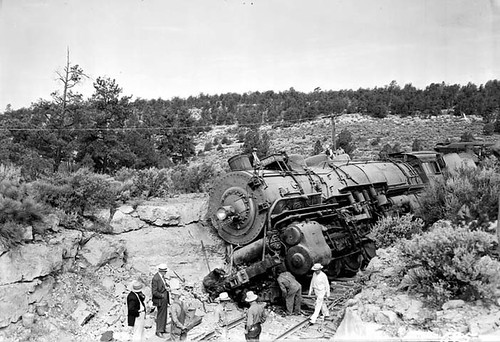 A continuous train wreck of blog posts and social media updates detailing questionable acts and bad decisions definitely commands attention. Affairs, drunken debacles, bad business decisions, on and on. Kim Kardashian or Ozzy Osbourne imitations, the reality blogging is quite stunning. If the bumbling stumbling jalopy of voices keep it going for long enough, they may even command a significant online following. And why not? It’s entertaining (at least to some)!

However, garnering attention through a series of mishaps does not make a great marketer. On the contrary, it is simply a text version of reality TV.

Yet in the world of social media we like to anoint heroes based on follower counts and subscribership, one of the primary reasons why ROI is an elusive pursuit for many online practitioners.

In the end, cheap attention getting tactics don’t earn transactions. And that’s apparent when you look at data that examines conversion per follower with these folks. One chap boasts hundreds of thousands of followers, but can’t even raise $2000 in an online fundraiser.

The lesson: Discerning buyers don’t respect train wrecks. Neither should you.