Before I begin, in some ways this post discusses second chances. If you want to do something for my 40th, please donate $40 to DC Central Kitchen. Give someone an opportunity to get off the ground with a new job and life.

Frankly, it’s been a neurotic odyssey getting to my 40th birthday over the past three months. I’ve had a real hard time with this one, in large part because I don’t think I should be here.

In my late teens and early twenties, recklessness ruled my life. I had several near death experiences.

At 30 years old I met with a causal college friend who I was trying to sell some advertising services to on behalf of Monster Worldwide. He looked me dead in the eye and flat out told me I should be dead by now. I hate saying it, but I never expected to live past 30 either.

So you see this is all gravy, my friends. Everything from books to kid is beyond what I should have achieved.

When I turned 30, similar feelings plagued me and I threw myself a huge party and bought a Harley Davidson. 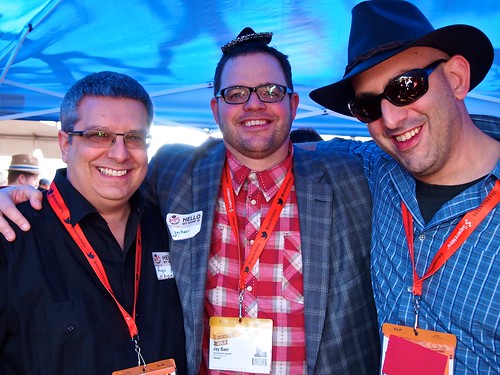 Me on the right at SxSW

Walking around SxSW two months ago, I felt like a beached whale. I didn’t even step on the scales, but knew I was over 230 lbs. After a change in diet (vegetarian 5 days a week and cutting sweets & fried foods) and voracious exercise, I weighed in at 205 lbs last week. 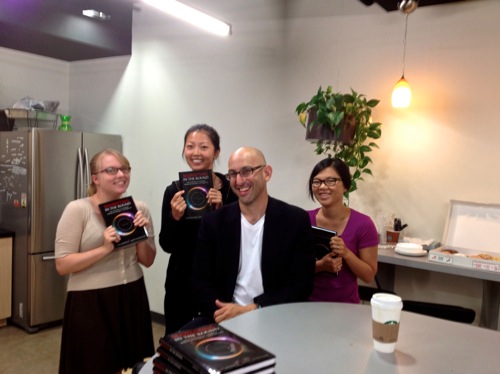 Me at a Marketing in the Round book signing on Tuesday

As for my 40th itself, I bought a nice sport coat to celebrate the weight loss and feel good. Instead of a Harley, these ridiculous looking training “shoes” now adorn my feet on the weekends. 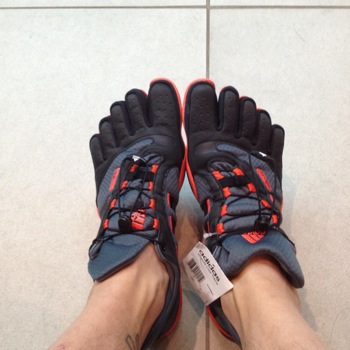 I’ll probably smoke an outrageously expensive cigar tomorrow night after a day of wall-to-wall meetings, and go to a Nationals game with my wife and daughter this weekend. That’s it.

I’m still unsure and afraid (yeah, I’ll admit it) of what the next decade holds. It likely means publishing another book or three — including my first novel — because I’m a glutton for punishment like that. I hope to be more present for my family, and watch Soleil blossom into a young lady.

More than anything, I hope the vast majority of my actions hold purpose and mindfulness, that I make people’s lives better and not worse.

I don’t really know, but do any of us?

Thanks to everyone who dealt with me panicking. Things have been especially difficult as the Marketing in the Round launch added major project launch duress to an already busy life over the last few weeks. Yeah, poor me, poor author, says the small violin.

How have you dealt with birthdays that have a 0 on the end of them?

P.S. Again, if you want to give someone else a second chance on my 40th, consider donating to DC Central Kitchen. Thank you!!!