Charles Barkley: More Influential as a Player or Announcer?

Tomorrow marks the start of the NBA Finals (Go Thunder!). One of the sideshows at the NBA’s highest stage is Charles Barkley, all time great power forward turned NBA pundit. Given Sir Charles’ stature as a nationally renowned loud mouth and current public weight loss, one has to ask, is he more influential now than he was as an NBA MVP?

Consider the evidence. The below Nike ad epitomizes Charles Barkley in his playing days, a man who was trouble on the court, difficult for the media, and held no regard for the expectations of proper NBA player behavior. When criticized, he shunned the role model moniker.

And then we have this year’s Charles Barkley trying to be a role model with the Weight Watchers Lose Like A Man campaign… Which also includes this cross dressing ad:

It’s quite a contrast. Charles got ranked as NBA players’ favorite announcer in a Sports Illustrated poll last week. His snark and straight-up criticism has made TNT’s TV broadcast a much watch event for hoops fans. You never know what Charles will say.

Yet, this current influence — buoyed by a dynamic and wild character — is grounded in the past. And that past was just incredibly awesome, both in its greatness, but also in its toughness.

I used to go to the games when Charles started out in Philly. It was 1984, and Dr. J and Moses Malone were winding down after an incredible championship run.

The local media called Charles the Round Mound of Rebound then because of his physique, but he was sick, a shockingly dominant power forward at 6’6″. He was a brawler, too. One of my favorite Charles moments was watching him deck Danny Ainge (yeah I know, not mindful).

Players and teams alike feared Charles Barkley. After demanding a trade from perennial loser Philly to Phoenix, Sir Charles seized the MVP throne, and almost beat Michael Jordan and the Bulls in a well contended NBA Finals that saw Chicago cap its first three-peat with a one point game six victory. 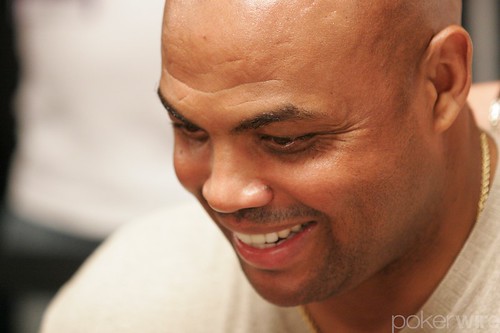 Barkley at a 2007 poker tournament.

The NBA feared Charles, the player. He was irreverent, could dominate games alone, and challenged every norm the League held sacred for its stars at that point in time. Charles Barkley the player changed games, teams, conference dynamics, and the League itself.

Charles Barkley’s personality makes him worth watching today. It has been interesting to watch him mature and embrace a place in society as a role model. He is rightly commended for delivering new and different messages to black men, who don’t normally receive anti-obesity/pro-health messages.

But today’s influential pundit owes all of his respect to that player.

In fact, in the context of player versus TV announcer only one of the two roles could change the NBA, and that time has passed for Sir Charles. That’s why Charles the player was more influential even though he was less liked.

What do you think of Charles Barkley’s amazing career and his influence?