A Heretic’s Quest for Influence Beyond Klout 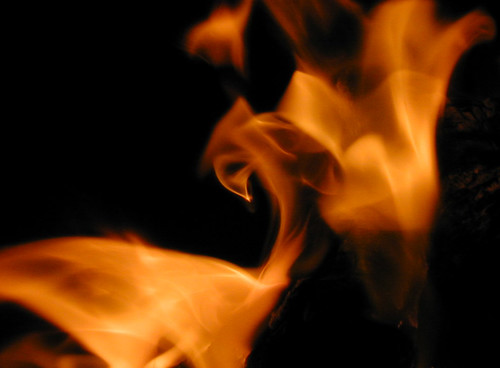 Influence: The act or power of producing an effect without apparent exertion of force or direct exercise of command.

I’m reading a series of books right now trying to understand what makes someone influential. There are more tangential theories and approaches into the psychology of motivation than one can imagine, well beyond the universe of Klout.

It’s easy to conclude that no one understands what causes one person to influence another.

Today’s influence theories offer just a slice of individual online behavior based on attention and reach metrics. These strength and influence algorithms support theories about content production and authority. Yet they cannot identify what causes actual people and their larger social networks to adapt and move towards new ideas and behaviors. I will prove this shortly with my very good Klout score and my very humble AdAge Power 150 ranking.

Duncan Watts said it best in Six Degrees: The Science of a Connected Age:

The science of networks doesn’t have the answers yet… At the end of the day we must be honest and distinguish speculations from the state of the science itself. So if you’re looking for answers, try the new age section.

My mom, nationally syndicated astrologer Jacqueline Bigar, would be thrilled to sell you a copy of her book, Women and their Moon Signs.

Me and My Klout Score

Let’s admit that no silver bullet, universal influence theory exists that can explain why people act based on their peers’ behavior.

In the context of online and societal holes exist.

This means that I produce content, post and comments that inspire a fair amount of attention (good AND bad) about certain topics like marketing and blogging. In that sense, the Klout score may be accurate.

BUT, if you check my AdAge score I’m a pretty mediocre blogger.

So the Klout score tells us that I shoot my mouth off a lot on social networks. As a result marketers that use Klout would consider me to be a “powerful influencer.”

Yet, they couldn’t tell you the last three blog posts I wrote.

Let’s move into reality. You know, the real world? That place where you actually walk?

When I go to Whole Paycheck every week for my groceries, no one knows who I am. I’m some slob with a two-day beard, shorts and a tee buying food.

The only people who know me are the clerks because I’ve been going to the same store for years. We talk. Sometimes. But if you ask them what I do, they’d be clueless. It means nothing to them.

When I walk around Old Town Alexandria, I see a lot of my friends. Almost every time I run into someone I know and we chat on the street. None of them really knows what I do, nor would they classify me as influential.

Other times we see James Carville walk around (he lives in Old Town). Now that poor fellow runs from the crowd. In DC parlance, he is truly influential.

If you asked real people on the street what a Klout score was, they’d probably think it’s the newest baseball statistic.

If you told them I was as influential as Mark Cuban because we share similar Klout scores they’d laugh their asses off!

Sociologically speaking, reality and zeitgeists defy influence theories (much less metrics). Even mass media level fame — what almost everyone in the United States interprets to be influential today — fails to produce action many times.

Let’s put it this way: I’m not getting many phone calls from the CMO Council.

Finding the silver bullet definition for influence defies me. But I’m not giving up.