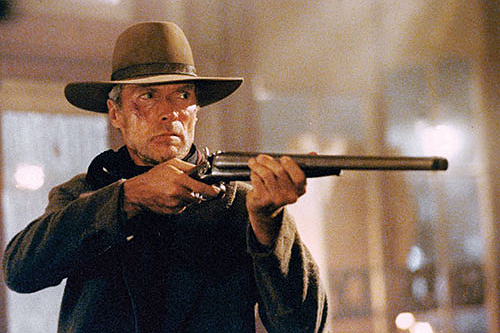 After a long spring and many successful activities, I moved this weekend. This capped a tough week professionally and personally because I have nothing left in the tank. It required me to put on a stiff upper lip, and gut out a strong finish.

I thought of my some of my favorite tough guys real and fictional through the effort to muster bravado (yes, I am a dork). Here were some of my influences:

Come on, does it get any tougher than Clint?

The featured image for this post is from the Academy Award winning Unforgiven, Eastwood’s last western and my favorite. Eastwood’s William Munny is tough, but he’s cognizant of how his character can become a source of widespread wreckage.

A fantastic movie, and Munny is the deepest of Clint’s original tough guy characters, from Blondie in the Sergio Leone spaghetti westerns to Dirty Harry. I really identify with this character. 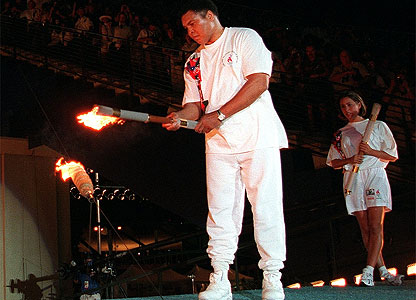 Muhammed Ali‘s fighting career was epic. A three-time heavyweight champion, many view Ali as the greatest heavyweight boxer of all time.

His most memorable fights were beating the late Joe Frazier in the Thrilla in Manilla (their third fight), and a very scary George Foreman with the rope a dope technique in the Rumble in the Jungle. Basically Ali got bludgeoned by Foreman round after round until the vicious heavyweight ran out of gas, and then Ali took him down in the eighth round.

But Ali’s toughness surpasses boxing. He refused to serve in Vietnam, which cost him his title and kept him out of boxing for four years. Even tougher, Ali came down with Parkinson’s Syndrome, and though unable to speak well, he has continued to appear publicly.

My favorite Ali moment is when he lit the flame at the 1996 Summer Olympics in Atlanta, Georgia. 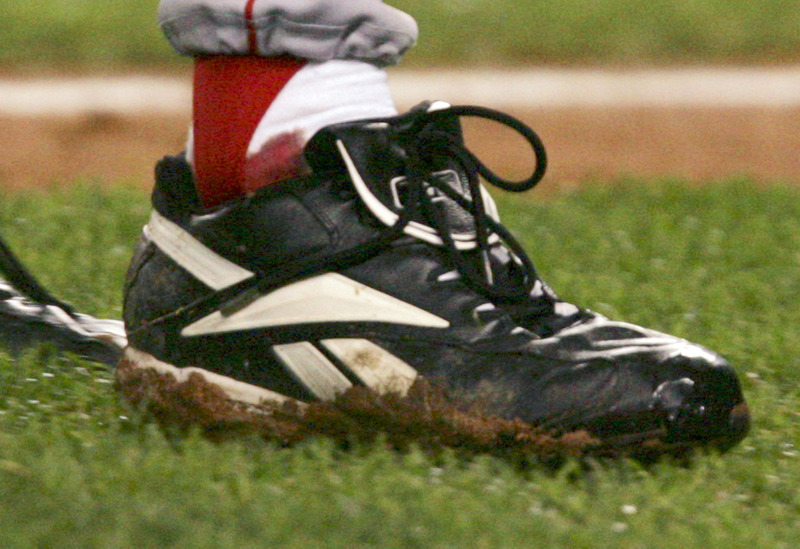 I became a Curt Schilling fan for life when he powered the 1993 Phillies through the NLCS against the very tough Atlanta Braves featuring Greg Maddux, Tom Glavine and John Smoltz. He went on to win three World Series with Arizona and Boston, and has always been known as a big game pitcher.

One game stands out: The Sock in Game 6 of the 2004 ALCS against the Yankees.

Schilling, who tore his peroneus brevis tendon in game 1 of that series, had it literally sutured to his ankle’s deep connective tissue so he could pitch. The stress of pitching caused Schilling to bleed through the effort creating the legendary sock.

The effort was the gutsiest (and craziest) thing I have ever seen in professional sports on this kind of stage. Schilling pitched seven innings, letting up one run against the Yankees. It was awesome.

It also provided the final momentum for the Red Sox who became the first team to come back from a 3-0 deficit in MLB history, and went on to win their first World Series in 86 years. 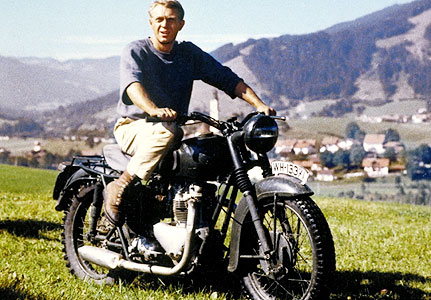 Classic Hollywood tough guy actor Steve McQueen really stood out in The Great Escape. This Nazi thriller featured many tough guys who attempted to escape a Nazi prisoner of war camp, including a crying Charles Bronson.

McQueen’s “Hilts, the Cooler King” was unforgettable, from the way he bounced a baseball rhythmically waiting out his isolation time in cooler to the unforgettable motorcycle chase that ended the Great Escape.

I truly admire McQueen’s characters. My wrist watch is a Tag Heuer Monaco, inspired by the original worn by McQueen in Formula 1 racing epic Le Mans. 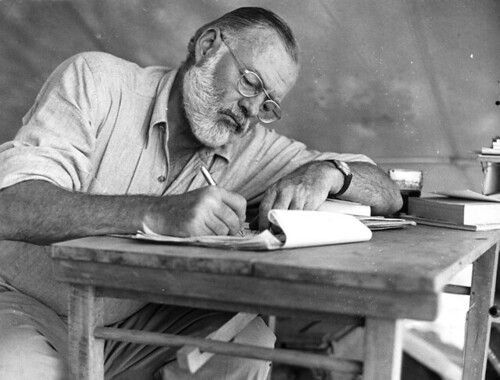 Literary master and sportsman, Earnest Hemingway penned many a tale about tough guys. Hemingway was known for his love of bullfighting, fishing and hunting when killing on African Safaris was still PC.

I don’t know if you can really be both a literary mind and tough, but Hemingway certainly tried. Perhaps the act of writing such tales is an open act of fantasy. But as a writer, I’ll give Hemingway the hat tip.

My favorite Hemingway tough guy book has to be the tragic A Farewell to Arms featuring Frederic Henry’s doomed World War I romance with Catherine Barkley. There are Hemingway novels that may be better from a literary perspective, but this was damn gritty.

Now it’s your turn.
Who are some of your favorite tough guys?