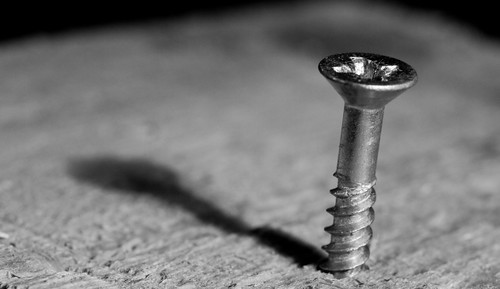 In what can only be described as the coup d’etat of strategy plays, Facebook got the world and businesses hooked on its network. Then the social network leveraged its monopoly power, and pulled the ultimate bait and switch in history. Facebook implemented its Timeline interface.

Oh, speaking of poor financial performance, that brings about the second screwed group of Facebook “friends”: The Street.

Investment houses got f*@(ed by Facebook, seduced by the hype of a no-value no dividend stock and its craptastic IPO performance. The Wall Street Journal detailed Facebook’s wooing of social media ignorant investment houses this week in what can only be viewed as an unflattering article.

Last but not least, there’s us the consumer, the data point to be shamelessly mined and sold to Facebook advertisers with our faces emblazoned on bad social ads.

Facebook has become the greatest destroyer of privacy in modern history dating back to the industrial era and the creation of social security numbers. Timeline tweaks constantly challenge our privacy and how public we are, part of Mark Zuckerberg’s quest to make all aspects of our lives social and thus sellable.

What’s a brand, investor or average user to do? Nothing. Facebook has monopoly strength and leveraged it in the ultimate strategy end game.

Yes, you can say this is the price of free network usage. But, increasingly we’re all paying for this, through our mutual funds, our marketing budgets, and the prostitution of our privacy.

Thanks, Mark and Sheryl. We’re thrilled to be screwed. After all, we’re all too vested to leave, right?

What do you think of Facebook’s actions over the past year?