That individual may take the idea to a group of friends or the crowd for refinement. Or the idea may simply be vetted by peers.

The crowd can approve or simply ignore creative genius. In fact, it’s more often the latter, in my opinion. Again, groupthink rewards safety, specifically ideas that seem less risky, and anything new by its very nature offers more risk.

Clyfford Still was a painter in the 20th century, and is now becoming influential after death. Why? Because the City of Denver has built a museum in his memory, adding a level of safety to him, and helping to promote his works. 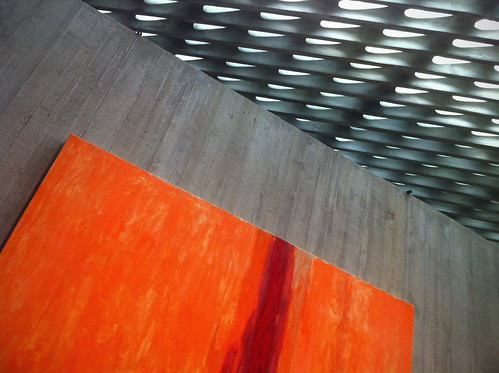 Still bequeathed his entire life’s work to the City of Denver with the condition that they not be separated. In the end Denver invested.

Now that the City of Denver has made it safe, people are discovering Still’s works.

However, you still have to market ideas. I think the Still example shows that ideas and creativity need to be circulated to be accepted or rejected.

Just like a book cannot be written and simply published, we need to find ways to get our creative ideas out into the world. They may not always be loved. They may simply become the best kept secret, but without risk, they will simply not benefit others, nor will they benefit from the changes that come from criticism.

Creativity in isolation really helps no one in the end.

What do you think about creativity and groups?