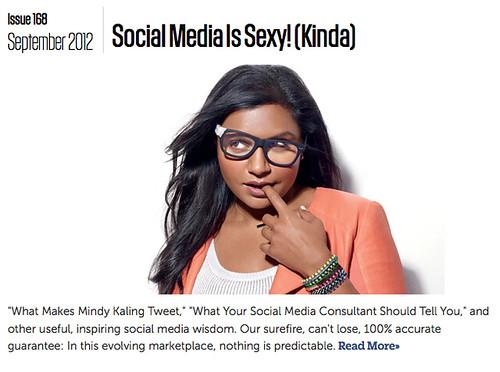 Perhaps you have seen the September issue of Fast Company.

The cover headline refers to sex and social media with Mindy Kaling’s demure yet suggestive picture. Yet Mindy’s story doesn’t focus on anything about sex.

Instead it discusses how the Office screenwriter built a substantial personal brand on Twitter, and garnered a TV sitcom. It’s even got some cool stats on TV social network sharing.

The cover baits men and women who may be interested in Kaling’s sex appeal and how social media embellishes it. 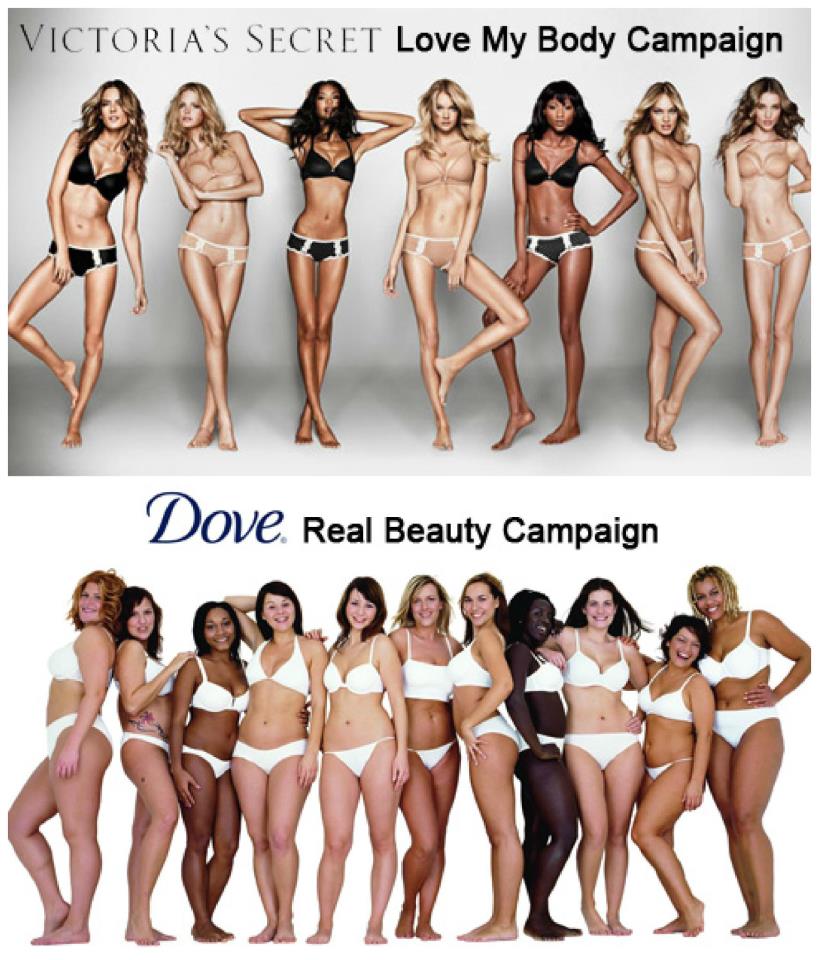 The use of sexual imagery to promote products, media and ideas goes back to when the first Mad Men walked the streets of New York. Traditionally female models are used, but today you are as likely to see male imagery.

With the rise of women’s rights, the use of female models as sex objects has increasingly come under fire as unhealthy on several levels. Such objectification has even been countered with “anti-marketing” efforts like Dove’s well praised Real Beauty campaign.

Adding to the negative impact that marketing sex can create, it doesn’t necessarily benefit the brand! In fact, the more graphic the image, the less likely consumers are to remember the product or service sold to them.

Really the Fast Company incident is a rated PG matter compared to some of the stunts WIRED has pulled. The latter geek rag is notorious for objectifiying women in its pursuit of magazine sales.

But still, there are several presumptions with Fast Company’s cover I can see:

I don’t see anything wrong with sexiness, but how does it apply to the tactical use or profession of social media?

In the end, the Fast Company cover gently reinforces some negative stereotypes. Most will dismiss it as harmless or as “sex sells.”

While I’ve blogged about women’s rights in the past, I’m sure women have their own take on the Fast Company cover (as well as WIRED’s use of media).

As a Dad of a little girl, I definitely pay attention to this issue now. What the media tells women to look and act like, versus how they actually are certainly provides a lot of food for thought.

I know Soleil will grow up to become a beautiful woman (regardless of height, weight, petite, etc.). More importantly I hope her self esteem is grounded in her actions, capabilities and other strengths, and not magazine cover imagery.