The Advertising vs. PR Debate Won’t Exist in 30 Years 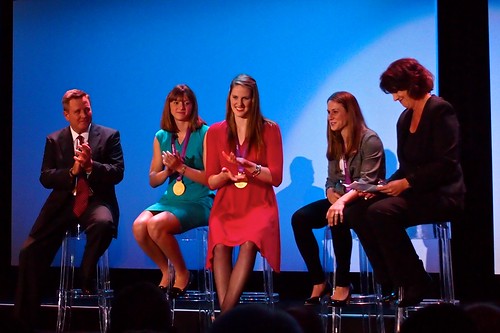 Last Thursday night, USA Today celebrated its 30th birthday in grand fashion at the National Portrait Gallery. Media and Washington luminaries gathered to witness the introduction of the new multimedia USA Today, and discuss the future of media 30 years from now.

Olympians, politicians and even a budding rock star took the stage and weighed in from each of their profession’s perspective. Many focused on how technology was blurring the lines between in home and mobile, between small and large screen, and print and multimedia.

The conversation continued in a special section called USA Tomorrow with luminaries like Twitter and Square Founder Jack Dorsey discussing convergence of media and technology.

That was the big take-away for me, how convergence will force more fluid communication between people through media, even in politics. As this great discussion continued, I could not help but think about our side of the business, the dark side. Marketing.

In my mind, the whole advertising versus public relations, and sometimes interactive (or social media, if you prefer) debate about which discipline owns what will not exist.

Why the Debate Will End 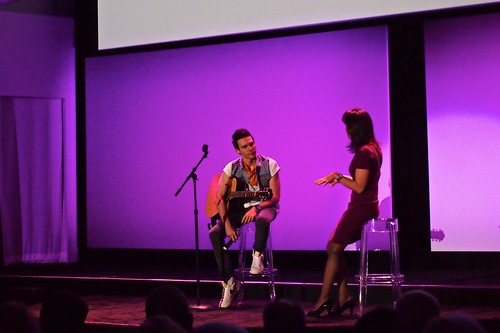 Convergence will end this argument, and fittingly so.

The ad versus PR debate grounds itself in past industrial approaches to mass communications. Our future blended media environment requires a much nimbler communications strategist, one who can navigate the basic principles of most specialties.

Instead of looking at communications from a discipline perspective, the strategist will weigh costs, and whether they need to “pay to play,” earn presence through pitching, or can simply create their own media. Paid, earned and owned as the bubbling concept says.

To some extent, many CMO level strategists make decisions in this fashion already.

Yes, fine debates can be waged about which type of media garners the most trust (earned) and which garners more ROI (paid), but increasingly most customers don’t trust any type of communication from a company. Instead, they need to hear a corporate statement verified by 3-5 peers before they believe it.

In the future, if you work in or are contracting with a company you’ll consider yourself a marketer. If your works are with/for a government body, NGO or a nonprofit, you’ll see yourself as a public affairs officer or a communicator.

People will gravitate to the area where their greatest strengths lie, but the debate over turf won’t matter anymore.

You’ll be part of a department, and either a strategist or a specialist of some sort. The marketing department will need all three general skill sets; visualization and/or design, wordsmithing, and/or relationship building. 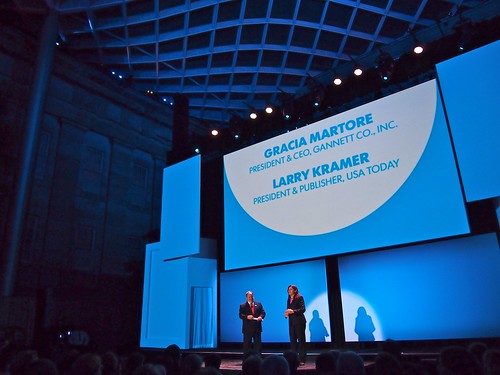 I walked away from the USA Today event with two other critical points.

The first was that mobility drives convergence. The ability to comment across platforms, across devices, and just about anywhere in the physical world changes everything.

Anyone who wants to be serious about publishing information today must have a cross-platform strategy with a definitive mobile experience. Yes, I know that’s cliched, but if you don’t have a mobile strategy you’re really hurting yourself.

Second were the remarks from Gannett President and CEO Gracia Martore and USA Today President and Publisher Larry Kramer on crowdsourced news. In essence, the crowd determines which news is most relevant by sharing it with their friends.

That dramatically shifts the power away from editors who used to choose “front page” news. Now we have an immediate future where editors and reporters create a series of stories, and then feature the most read and shared topics on the electronic front page.

Talk about dynamic feedback and media for people!

Where do you think the advertising, PR, interactive debate will be in 30 years? Or just media in general.