Marketers can capitalize on this very real opportunity. According to Nielsen, 68% of people view TV while using their tablets several times a week or more. Another 64% do the same with their smartphones.

What’s interesting is that while stars dominate shows, a surprising majority of the commentary revolves around the broadcasts and not the stars (see stats at the bottom of this Fast Company article). This leads the way towards great branding experiences for the shows and the networks.

What the Innovators Are Doing 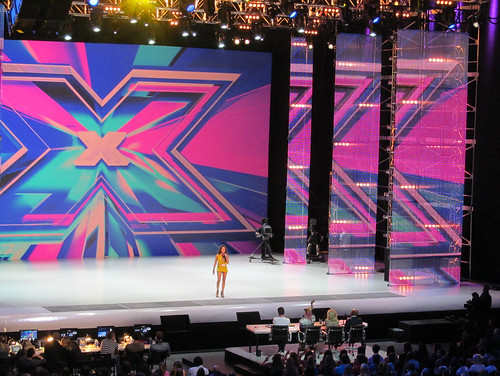 Social media firms like WiredSet are deploying sophisticated Twitter strategies that leverage during program conversation, and seed the next week’s program with original and user-generated posts. Included are the integration of calls-to-action and traditional promotion.

The Voice leverages off day conversations to continue show momentum. Currently, the Simon Cowell produced reality competition averages 18,000 tweets on off days. Amazingly, 3/4 of the tweets include the official hashtag #thevoice.

The X-Factor just launched its second season with a hashtag war on Twitter, driving seven times the buzz of its rival, the Voice. A new app coincided with the launch that included curated feeds of hashtagged content and rewards.

NBC extended its social TV efforts to six new shows this year, and is getting into the second tier of major social networks with its grassroots communications. Instagram, Pinterest and Tumblr all have NBC social TV outpost.

Any brand can learn from these media powerhouses if they’d like to integrate social into their physical event, online content, in-store or office experience. Look at how these brands are extending their former singular media to diverse conversations, empowering a richer experience for the hyper-engaged.

Now smaller brands in cities like sports teams are developing their own social TV content to extend their media experience. I don’t see why any content producer with a decent following can’t extend their experience to multiple social networks/channels.

And make no bones about, you can monetize social TV.

What do you think of the social TV trend?