Why Klout and Kred Fail 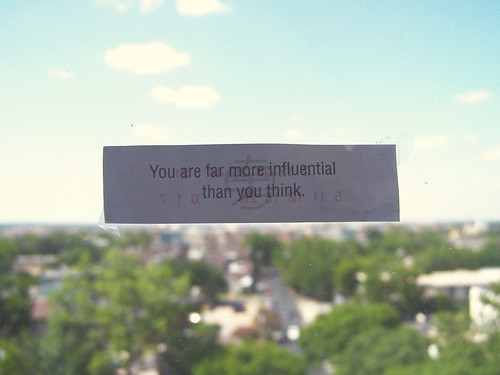 Last Friday, I spoke at TEDx Peachtree about how any of us can become influential and affect change in our world (you can read my speech here).

The speech took to task social scoring technologies Klout and Kred for failing to predict influencers and movements as they arise.

Attention — and more specifically public recognition of influence — almost always occurs after the fact. Someone who achieves a high Klout score for something notable already created that act.

That does not mean they will repeat their successes and inspire widespread action over and over again.

This core weakness – the inability to forecast influential moments, and the people that create them – forces social scoring into a statistical record, which may or may not predict a future success.

Coupled with endemic failures of rewarding attention rather than real acts of influence, and you have quite a gamble for the business community.

Topical and Time Based Relevancy 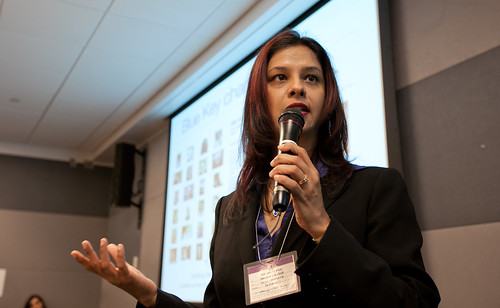 Social scoring will always have a high quota of failure. It cannot predict how complex humans change nor the circumstances that make their ideas relevant (or irrelevant) to their larger communities.

The business world continues to use social scoring with alarming frequency, and that in turn makes understanding what these scores actually mean from an influence and marketing perspective all the more critical.

It’s for this very reason that PR Maven Shonali Burke was added to the xPotomac speaking roster this February 25 to bring a measured discussion of social scoring and how it impacts businesses looking to market online.

I asked Shonali what she thought:

“Here’s the thing with social scores: They’re just numbers. And numbers without context don’t mean anything.

“When people ask me how important social scores are, I tell the story of how, a while back, Klout deemed me a “bacon” and “Kim Kardashian” influencer, simply because some friends and I were playing around on Twitter and Facebook with those topics. We were having fun… it didn’t mean that we had legions of fans hanging on our every word about either of those topics.

“Kred is a little bit more interesting because of what they are trying to do with their Kred Story feature. Andrew Grill has been a guest on #measurePR and he is pretty vocal about “influence score myopia” (as is my friend Pierre-Loic Assayag of Traackr). Now, you could certainly argue that these are all competitive services, so one must take differing opinions with a handful of salt, and you’d be right.

“For what it’s worth, I think Kred is slightly better than Klout, but I still don’t like the idea of people having numbers on their heads, as it were. And no matter how smart tools get, it’s how they are used by people that is what counts.

“Are people trying to game them? Of course.

“Will that stop? Probably not.

“But the fact is that social scoring is here to stay, so we may as well figure out how to live with in a world that, more and more, is moving in that direction. Tools like Klout and Kred (and numerous others) may give you a starting point when it comes to determining relevant influencers, but it’s just that – a starting point. Your brain needs to do the rest of the job.”

The Great Game of Statistics

From my personal standpoint, the problem with statistical performance is that the way the human condition works, we change over time. Quickly. We age, we evolve and devolve, grow and recede. Performance gets better or worse.

In the case of winners, repeat performances are rare, and with each success the likelihood of another one decreases.

How many of Ernest Hemingway’s 20+ books (some published posthumously) were truly great books? Arguably three or four, and we are talking about one of the all time masters.

How do Klout and Kred handle topical real-time relevancy? Right, now they can’t other than to update scores in near real time.

However, Kred is evolving to become a more utilitarian tool for brands, managing conversations about them. At the same time, while a smart use, it’s not really the influence predictor businesses want.

In many ways, the great gamble — the one business make when they chase influencers online with high social scores — can be likened to free agent pick-ups in sports. Teams purchase contracts based on past performance.

So we have the prediction game, where evaluating talent comes into play.

What do you think about social scoring’s ability to denote influence?