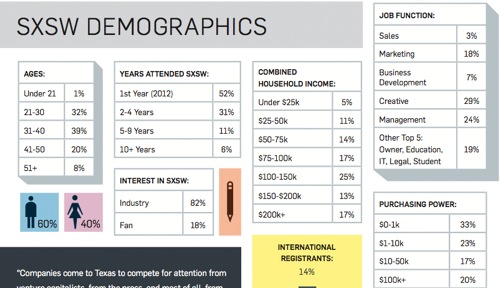 I closed more than $500,000 worth of consulting deals from the past four SxSW interactive festivals.

Every year has produced at least one new successful business relationship, making the event a must attend for me. Yet, many of my colleagues complain about their lack of success at Sx (as veterans call it).

Some ask me how I achieve success at SxSW when others seem to struggle. Here are my tips to make the most of this great opportunity:

SxSW winners are made before the show, not at the event.

It’s hard to rise above the noise. In fact, if you haven’t been to SxSWi before, know that the event is crazy busy. You will likely be blown out by the sheer energy and activities going on.

You need a marketing strategy now, especially if you are a company.

Most winners are crowned before Sx. If they are a company “unveiling” something at Sx, all of the big media outlets and influencers are talking about them beforehand. Or they pre-release their party or custom campaign.

Win big or go home? Then win big before you show up. 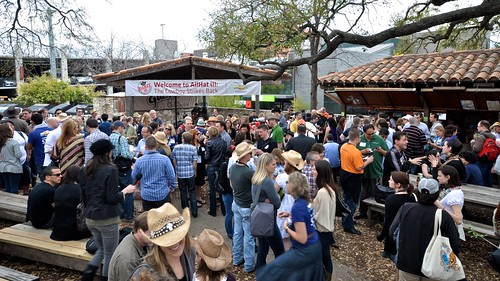 The other classic Sx mistake is to book up on conference sessions in advance.

If you are trying to build relationships and generate business for your organization, don’t waste your time hanging out in sessions. Get in the hall, go to a networking event. Sx is a pure unbridled networking event.

Bring a big fat stack of cards and go to as many networking events and private parties as you can.

As for the content itself? Since most of it was developed nine months prior you can safely assume there will be little on the bleeding edge.

Because the character of the event is inherently social with casual dress, lots of parties, and informal hang-outs, people get lulled into a recreational trip.

If you hang out with your buddies the whole time, get drunk, try to get laid, overfocus on what’s happening online at SxSW, etc, etc. then you will surely leave Austin with little opportunity for new business. And you risk being made an example of on the Internet.

Yes, play by the event rules and come casual, but don’t ever let up on your A-Game.

I make it a rule to avoid hanging out with friends until late on Sunday, and that assumes I have already achieved my business goals.

Have you begun preparing for SxSW?