Why Welcome to the Fifth Estate Failed 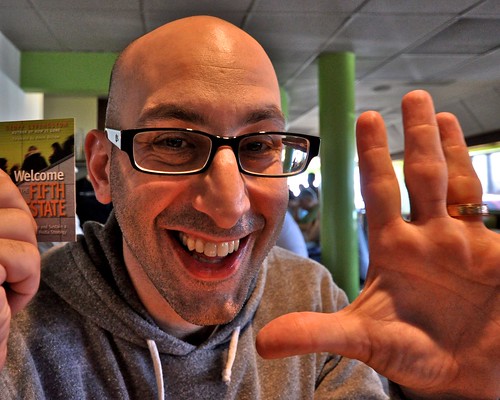 People who know my books usually remember my first book Now Is Gone and most recently Marketing in the Round. Then there is Welcome to the Fifth Estate, which barely sold 1000 copies in total direct, electronic and print.

I want to come clean on this project. It didn’t go anywhere for a reason: I stopped marketing it two months after its release. Here is why…

The Fifth Estate was my nightmare book project.

In large part, the book was submarined at every step, suffering a progression of typos and production delays that for all intents and purposes hamstrung the project.

Welcome to the Fifth Estate was supposed to be released in early March, 2011. To prepare for it I booked 10 consecutive weeks of speaking engagements from SxSW through Memorial Day.

By February the proofs didn’t arrive. The release delays began.

SxSW came and went, and no book, so I was forced to begin the tour without a product. Instead I had postcards and self made moo cards with the book cover on them. What a way not to make a sale.

Finally, I received proofs as March arrived. The manuscript was a typo-ridden mess. This was in spite of hiring an editor, and using my father, former managing editor of the Philadelphia News, to proof before I submitted text.

How did that happen? Well, for example, the publisher had an intern edit the book, and in some cases insert new typos. In addition, the publisher laid the book out in Pages(?), which may have caused additional errors.

OK. We sent back a marked up version of the text. Nothing was turned around. Milestones continued to slip. The revised publish date of May 1 became May 31. The tour was squashed in its entirety.

By the middle of May, I used the publishing contract to force the book release. The publisher committed. 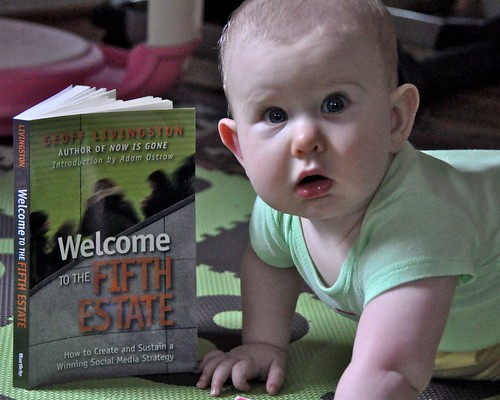 A small number of books were printed, in essence galleys, about 100. I actually had them in hand for my final event in New York City.

Reading the book on the way to New York, I found at least one typo on every page.

I wanted to scream. Though it was a part of me, I hated the book because it was marred with scars. That’s in spite of the content itself, which represents my best book from a conceptual and thought quality standpoint.

Then the complaints began. In addition to the typos, there was a new problem: Delivery. The complaints rolled in, “Where’s the book? Why I haven’t I received it?”

Turns out that only the 100 copies I received were published. I was now three weeks into the book launch, and everything seemed doomed. This was in the midst of a virtual blog tour, my second phase of marketing for the effort. Finally, books began shipping around June 21. But the typos remained.

All hell was delivered on my part. A second edition was scheduled for delivery in late July after the first edition ran out, roughly 400 copies. On my advice, the publisher used short runs to offset costs. We both thought the book would sell less than Now Is Gone as the second effort competed against a flood of social media books.

By the end of July, I couldn’t get a
sales report, only what Amazon offered. I decided to scrap my third phase of marketing set for September until the financials were worked out. They never came.

Instead, I used my lawyer to get a sales report from the publisher, which arrived in November. But the game was over already.

The straw that broke the camel’s back? I was never paid the advance or any royalties.

So I let the book die.