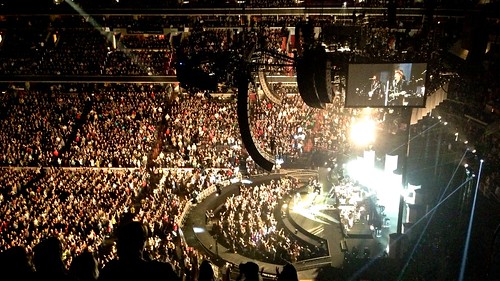 Current content conversations focus on the written word as conveyed via interactive or print. That’s about to shift toward more immersive media experiences, forcing marketers to write and design for live environments. Immersive media creates a new demand for dramatic writing skills, usually the domain of more artistic forms such as plays, films and broadcast.

The crossroads is here.

While most content marketers focus on blogs, newsletters, white papers and guides, the need to develop visual and audio centric media increases.

In discussing the Google Glass Project/augmented reality session for next week’s xPotomac conference with Patrick Ashamalla, we focused on these challenges. In many ways, interactive designers and writers know this shift is caused by the untethered internet.

Today, most companies create a flat experience filled with text on a digital canvas, e.g. a website, document, infographic, or the like. These forms of content require a stakeholder to invest time reading, in essence a distraction from their real personal or business life.

With the omnipresent Internet accessible anywhere anytime that content changes dynamically to something that integrates into that larger real world. Content is consumed without having to open a phone and look into it while ignoring your outside life. Media must become immersive from a design standpoint, an overlay that doesn’t distract, rather it augments the user’s ongoing experience.

Further, writers need to create content that can be played, read, filmed or overlaid so that it compliments whatever is happening in the real world. Consider actions that vary greatly, from driving or playing with kids to sitting in a long meeting or walking to lunch downtown.

Consumers will listen to or view this content, not read it. The next generation of writing integrates into the now, becoming more active. This forms the need to write screenplays, strong short radio-like ad spots, and other forms of oratory and live visualized speech. 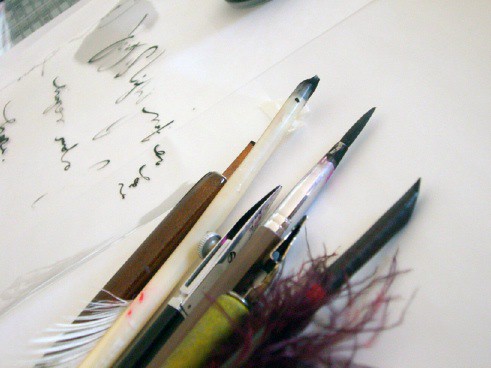 For writers trained and experienced in dramatic entertainment the shift towards the omnipresent Internet represents a boon. However, most business writers, “brand journalists” and bloggers will experience numerous challenges transitioning.

Good writers write when they have to, not when they want to, but shifting between styles is another thing altogether.

It’s hard for writers to transcend different styles, particularly those who are not trained in the craft of the written word. In fact, mastering different styles is so hard that success is noteworthy.

Victorian era novelist Thomas Hardy became know not only for novels like Far from the Maddening Crowd and Jude the Obscure, he was also a successful poet and playwright.

Will business writers transcend form as nimbly as Hardy? Given the market’s struggles with static content, I don’t think so.

Beyond the seismic shift into the dramatic, story-boarding for these environments is extremely difficult. User experiences unfold differently. Rather than a conventional linear story, they are networked. The unpredictability of human action creates a Choose Your Own Adventure-like network of story outcomes and directions.

I think more than any, interactive and classically-trained dramatic writers have a distinct advantage when it comes to the Brave New World. We’ll see how it shakes out.