The Stuff of Great Executives 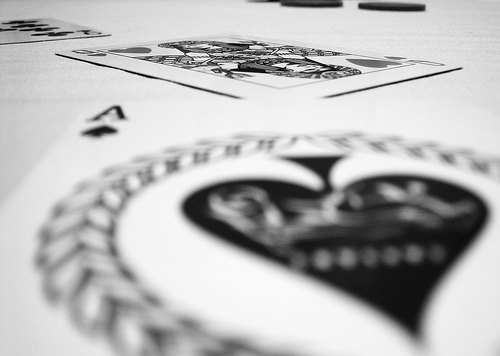 I was chatting with someone last week who asked me what it takes to become a great executive. My response: To be successful — man or woman — you need to do one thing, and one thing only. You must be able to move you, your company’s or your nonprofit’s business from A to B. Create growth or change consistently.

I see many societal issues that can prevent people from success, and I’m not making light of them. Some paths are easier, and that’s not fair. There are many secondary distractions that cause people to focus on other issues at work rather than the actual outcomes.

But right or wrong, the ability to deliver consistent results is the unifying characteristic of people who succeed.

They do whatever it takes, and they don’t make excuses. Period.

Everything else is a distraction.

We let people stop us because we don’t havethe right degree, choose to have a family life (I am one of those, and I am still successful… At least by my terms), race, gender, faith, on and on…

Bottom line? If you produce someone will give you a shot. It’s inevitable. Winning silences critics.

Continue producing and have the fortitude to network in the face of obstacles until that opportunity arrives.

And when it does you must seize it. If you don’t because you believe your naysayers, the blame lies with you. No one else is to blame, no underlying cultural wiring, nothing. You make the decision to take or leave opportunities.

That’s it. There are many opportunities I screwed up because of my attitude, behavior, an unwillingness to compromise, or other belief systems. I own that. I don’t blame my parents, my judaism, my liberal beliefs, my unwillingness to sacrifice time with my daughter, etc.

I own my path. And when necessary, I change.

Or I blaze my own trail, and I don’t care what others think about that. Screw them. Seriously.

Ace Queen Gets a Nine

My father used to be managing editor of the Philadelphia Daily News. He is still one of my top business advisors. My mom writes the country’s most syndicated astrology column, a successful entrepreneur who wrote her own rules.

I learned a lot of lessons about success and failure from both of them. Some I have taken, other things I have developed on my own, such as an undying commitment to produce revenue or opportunities for revenue.

One thing my Dad said that always stuck with me is what made a successful career:

He said it takes either being an ace or a queen/king. An ace is someone who is so damn good that you work with them no matter in spite of their personality foibles or life choices. A queen or king is someone who is able to get other people to do things, they are the manager, the person that can run a county, province or even a kingdom.

There is greater fame and glory in the ace’s role, and that’s what we see mostly online. DIYers who have forged their own path, folks like my Mom.

The money and greater impact, in my opinion, is in motivating people to do things. Get other people to move from A to B.

Which are you, an ace or a leader? What do you think?