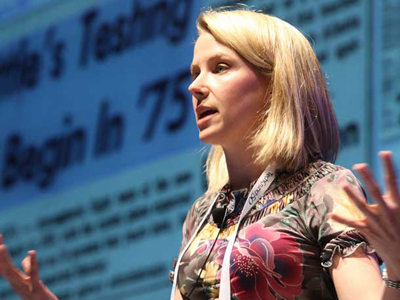 It’s because she is a relatively young woman, in my opinion. At this point, I hope she crushes it at Yahoo!, and forever shuts up the media and all the old bastards who think women can’t manage companies.

The men versus women debate goes through the eons. Since Cleopatra and Queen Elizabeth we have seen over and over again that when given an opportunity to lead women can do so, and do it quite effectively.

You could make the argument that when physical strength mattered it made sense for men to have certain roles, and women others. But the caveman era has long since passed, and we are not neanderthals.

As time passed we had the incredibly arduous women’s suffrage movement and the failed Equal Rights Amendment in the United States. Yet women seem to vote more than men, are more literate, and as the recent recession showed, are more employable in the information economy.

Yet we still have an issue with leadership. The whole Hillary Clinton run for president drama in recent years has been sad to watch. She clearly received extra scrutiny for her gender. Some of our European and Asian democratic brethren have been far more advanced electing Margaret Thatcher and Indira Ghandi to prime minister roles.

Here we are in the early 21st century, still shocked that a Sheryl Sandberg has the audacity to write books and lead Facebook’s business operation. We question the wisdom of hiring a career-minded search executive who just happened to be pregnant. 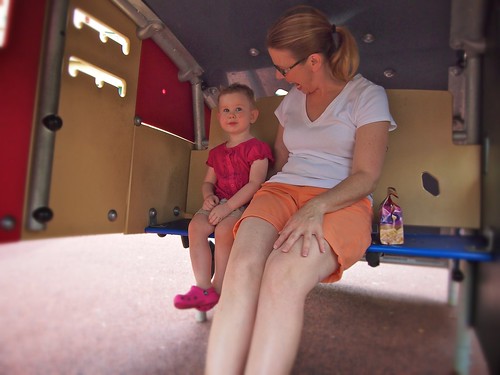 My wife lost her job eight months ago, thrusting me into the breadwinner’s seat. While I earned more, she did pretty well and brought home the benefits, too. So it was a big change, and it put us into a traditional male/female hierarchical role.

Yes, most men would be THRILLED to be in this position. I’m not. It’s uncomfortable for me.

I grew up with strong entrepreneurial women on both sides of my family. Rewriting those scripts to accept my wife as a stay-at-home mom was not easy, believe it or not.

I know that while Caitlin appreciates her time with the baby, she misses contributing. She talks about possible jobs frequently. And of course, I support that. I can tell she needs that fulfillment, that catching up everyday on the New York Times and reading online isn’t cutting the mustard mentally.

We all need intellectual and emotional fulfillment of some sort. Contributing through work is a primary vehicle for that. Why would we deny anyone — man or woman — that right?

More men stay home with their kids and/or keep the home these days while women bring home the bread. As someone who just loves his child, I would not complain if that were my role. It would be awesome, actually, particularly as she gets older and can interact now.

People should be allowed to go as far as they want, and where their hearts lead them. Let merit and accomplishment deem who can do what.

We need to embrace equality for good now. The biological imperative of the past need not apply.