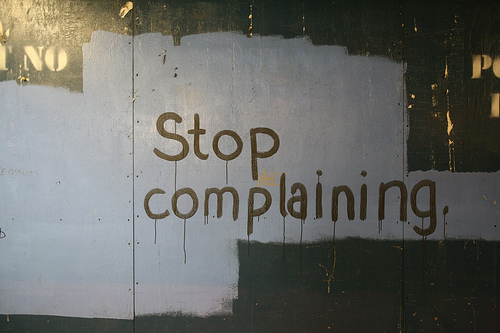 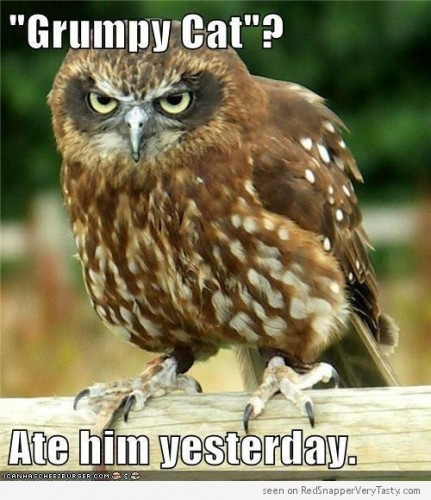 You see folks complaining and barking at the littlest things online. Everything sucks, nothing is right, new technology is turning the Internet into a cesspool, on and on. They are miserable, at least in the moment.

Then there are the serial complainers. Every day is an opportunity to rain on another person’s parade.

In the zen tradition, constant negativity and complaining reveals an inner turmoil or sadness, a seed of negativity that’s shared with the world. But that sadness is often embraced, and not necessarily forced upon the miserable.

I have some friends who like to say when one of us complains too much that misery is optional. They mean it’s a choice to be miserable.

People like to complain and gossip about others, particularly what they said or what they deserve or how they are perceived as in our little online world. But who chooses to read and follow that person, only to complain about them? If someone annoys you, why wouldn’t you unsubscribe and stop talking about them?

A new technology or company is wrong and hurts society. OK then, stop using it. How many times do we hear the scathing criticism followed by a kitty pic. If you keep using bad online tools that violate privacy, etc., who is to blame?

Put two people in a room and you have politics. Sometimes people are or feel screwed over. OK, you got screwed, are you going to complain the rest of your life and blame X? Or are you going to get up, and move on (with or without X)? BTW, this is the hardest of scenarios to resolve because the anger is often or perceived to be justified.

The Internet changes, and things aren’t the same. Isn’t that life, though, not just online? And if we don’t change with the times, what happens to us? We’re left behind.

You can add to the list of endless scenarios in the comments.

What the examples show are choices. Online misery is rarely seen as an act of self determination, but the outcome results from personal decisions.

Complaining All the Time

Look, everyone complains. I do it.

When complaining becomes the overriding tone in my life, a part of every aspect of my online commentary, etc., I realize my error. I placed myself in a self perpetuating state of misery.

Often, I will find myself surrounded by others in the same state… After all, misery loves company. Let’s go down on the ship together!

I don’t want to be an angry miserable person.

That’s why I consciously try to catch and stop myself from bashing things or people online. Instead, I prefer pursuing new paths, better solutions and different conversations. It’s better to move on than stay, and die on the vine.

When I stop complaining and focus on answers or just something altogether different, I find peace and happiness. It’s a choice to explore rather than kvetch. This experience supports Abraham Lincoln’s classic observation, “Most folks are about as happy as they make up their minds to be.”

I have compassion for the constant complainer. Been there, and I’ll probably be back sometime in the future, but man, I don’t envy that feeling, that brooding sense of malaise.

What do you think? Is online misery optional?