Is Existing Online a Quest of Loneliness or Giving? 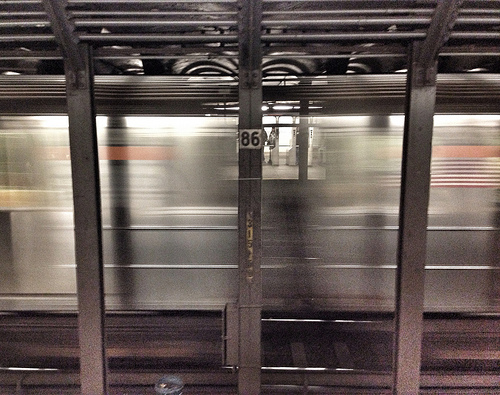 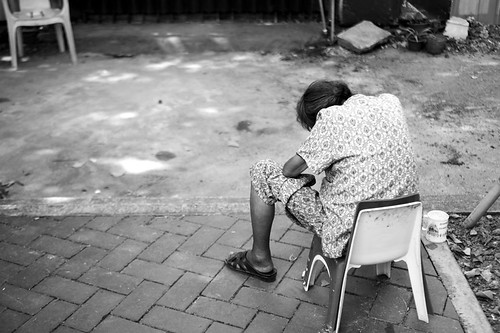 Do you sense a lack of clear meaning in this online rat race? On one hand, existence stands in its purest form, reasons to be online, missions of the niche! Then we dilute existence with digital records of ice cream trips, Nike Fuel runs, and manufactured savoir faire.

Self determination now exists at its ultimate zenith, coupled with a bizarre sense loneliness.

YouTube star Jenna Marbles reflected recently in a NY Times article that with all of her online fame and popularity and friends, she finds herself in an odd state of loneliness. We have many boys and girls trapped in their own online bubbles now.

Technology evolution brought industrialization, and with it a lost sense of identity that provoked the existentialist movement. Existentialism preexisted modernism with works like the writings of Soren Kierkegard, Friedrich Nietzsche, and Fyodor Dostoyevsky. Then Jean Paul Sartre, Franz Kafka, Albert Camus and others popularized the concept of the responsible and accountable soul existing alone and rudderless.

Existentialism focuses on the individual as the beginning and end of thought. Whether there is a God or not (this varies amongst the writers), an individual alone determines their actions and meaning in life, often with no path and a great sense of wondering about their purpose in life.

A newer version of this movement is rising up in articles like Jenna’s, random posts that now seem to create a glaring red thread, and books like Andrew Keen’s Digital Vertigo.

We exist in a time where anyone can determine and create unique lives online, accountable to no one, yet visible to and dependent upon all. Digital extistentialism extends the sense of modernistic distress. There are so many red herrings and lost pursuits that distract. You can drug yourself digitally with almost any pursuit, and at the end find yourself nano-famous and alone.

At least in the old modern world you knew the people next to you. Today you only know avatars, backed by a person who may or may not look and act like that voice online.

The Rat Race of Likes

Do you wonder if the effort spent online matters? If the time you invest in all of these blog posts and social activities and events really means anything?

I do. I question the effort all the time.

Perhaps it’s yet another blogger trip into nihilistic self exploration, but it becomes starts to feel like Groundhog Day, replaying the same song every day. .

I find myself acting like that despicable character Allen Iverson looking in the mirror saying, “For who, for what?”

And then I hate myself because unlike Iverson, there is no million dollar contract. The effort spent was given voluntarily, an internal need to communicate, to socialize, to market, or some other form of self-justification.

Suffering from an acute case of the doldrums, I’m bored off my social media rocker, drooling on the floor.

I start posting random shit on Facebook just to see if it will evoke a reaction, and then no likes happen and comments don’t fly at me, I feel worthless, a lame soul lost in the digital equivalent of modernistic hell.

Depression strikes, a result of the sudden realization that I just lost the hourly digital High School prom king contest. What’s worse, the college kids that do this drunk alone in the bar, or me the 40 year old man alone on a week night after my family has fallen asleep?

This despicable self awareness, makes me loathe myself like a pathetic version of Don Quixote chasing windmills around online, but worse than Quixote because unlike him with a fair [imagined] venture, I just have a shoddy excuse of egotism.

Saddened at the realization of crappy self esteem, worsened by a lingering desire to be liked online, I consider turning the noise off.

Then Sancho Panza appears on my shoulder reminding me, “No, that’s not it. I’m here to do something better, to inspire people and make a difference. To better my profession, to market my business, to FEED MY CHILD! That’s why I started in the first place.”

A microcosm of truth explodes in my heart, comforting the now ravaged ego. Shakily, I return to form, working with the original purpose. I refuse to look back, though trepidation nags at me.

Is your head spinning? Mine is. WTF, it shouldn’t feel like this!!! 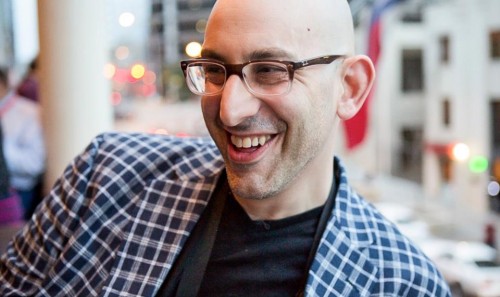 Enough about me, what do you think about me? (Image by Kris Krug)

When you awaken from digital euphoria and realize vain pursuits are fruitless, it’s normal to feel distraught. Instead, we can smile. Effort spent does not have to be expended for nothing.

The past — good or bad — can always serve as a blueprint for a better future.

In fact, experimentation, satisfaction, or lack there of all provide powerful teaching. Without exploration, there is no knowledge. A fruitless pursuit informs us that a path we may have considered worthwhile won’t yield the desired outcome, and we can freely choose new pursuits.

Realize that emptiness provides an opportunity for fulfillment.

Existence continues. A new day begins. We can move forward or backward, give or take.

Giving provides the most opportunity for success, or at least so the successful say. Research verifies that giving provides a sense of happiness, a deeper fulfillment than the endorphine rush a like provides.

We exist in the moment. Every effort spent, every tap on the keyboard provides a chance to impact an individual, contribute to the world, and add light to the picture.

Sure, efforts can lead towards darkness. Sometimes when we awaken to our outcomes, we realize the fruitlessness, or worse the desctructiveness of our actions. What are you going to do, condemn yourself to the desert for a long march of hermitage? Or get up?

Consider Selflessness in the Face of Attention 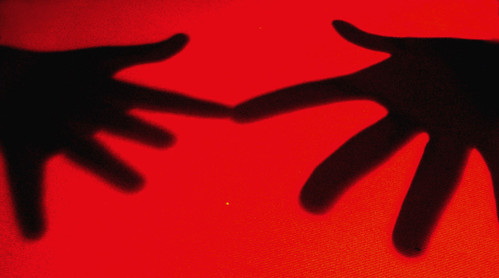 The problem with online popularity in its purest form remains its focus on the self. It creates a machine of self-involvement with no end other than validation through attention and hopefully monetization.

In the end, both outcomes represent numerical quantification of the soul, something doesn’t contribute to a larger goal. Exist for the self, exist alone.

The game changes with the consideration of the well-being of others and society. As effort invested helps these people, from our very families to people we may never meet, our existence takes on greater meaning. We contribute, and make other lives better.

That’s why giving matters so much. In a world of self-centered attention that produces emptiness, giving offers the antithesis, a path to purpose.

In pure altruistic form, giving is an inherently selfless act. The Machiavellian giver seeds others, to pay it forward and receive a later return. Even in its lowest form, giving forces you to think about someone else’s benefit.

I see attention and popularity as a tool, a means to an end rather than the final result. It’s something to be used to help others and achieve meaning, at least in the moment. The more we contribute to others the greater sense of purpose and fulfillment we have.

That quest for meaning can lead to many great perceived things. To build a lonely purposeless existence looks and feels as empty as it sounds.

One of the hardest decision I’ve made in recent memory was leaving nonprofit work when my wife lost her job. My day-to-day interactions and work have lost a great deal of that special meaning. Yet, the well-being of my family came first, it was a decision that had to be made. I just need to look at Soleil to know that’s true and right.

Yet the change robbed me of immediate impact. The result forces me to reconsider contribution, such as helping others learn what I’ve found works online so they, too, can have good careers, or working with clients to hopefully become better organizations.

It’s still not enough, though. So I’ve turned to periodic blogs on the environment, service work and volunteering, giving away what I charge for — time — for the betterment of others. Currently, I do so anonymously, to give in its purest form and take as little as possible. And yet I am taking, a sense of fulfillment that comforts me with the belief that all the effort does impact the world positively.

Loneliness or giving, selfishness or selflessness; we have choices that create wide ranging existential outcomes.

Special thanks to Jessica Ann for some timely Google+ conversations that sparked elements of this post.