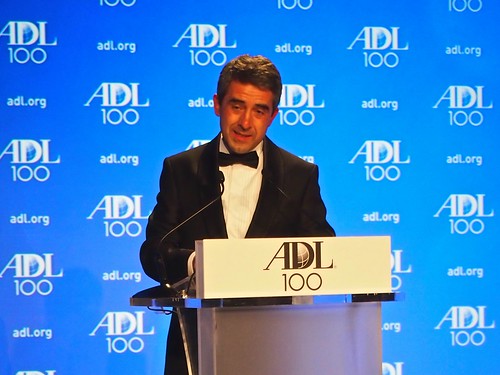 Mr. Plevneliev gave a stirring speech against crimes of hate, and the human right to simply co-exist. It was complimented by incredible speeches on peace in the face of bullying, hate, and bigotry from Vice President Joe Biden, ADL National Director Abe Foxman, and several other people, from a school boy to Rana Singh Sodi, a sikh whose brother was killed four days after 9-11 because he looked like an Arab.

When considering this benevolent love in the face of hate, you can’t help but think of incivility on the Internet. Abe Foxman mentioned the Internet as a tool often used to foster hate, and at times that’s unfortunately true.

While allowing free conversation and community development, the Internet also empowers hate mongers to cultivate communities. One cannot exist without the other.

And in life there will always be those that have differing views. That’s what makes the world incredible, and causes people to evolve. It’s what causes Bulgarians to say no when the rest of continental Europe caved and said yes (Denmark also resisted). That same world war demonstrated that sometimes we need to fight.

The Bulgarian Principle shows us while we may differ, we need a higher standard of respect and love for each other as a basic human right. Every person deserves the freedom to live and speak as they wish, race, religion, ideology, etc. That’s what the Bulgarian resistance stood for, that’s what the fight against Nazi Germany was about.

We must not waver from that principle today online in the face of bullying, attacks, emotions, and yes, friendships. Principle stands before personalities.

What if the Bulgarians had said, “Well, the rest of the continental European community is turning over their Jewish populations, so will we?” No, they refused to waver. That was principle in action.

We have to say no to attacking people online even when it strains or even ends friendships.

There are no excuses. 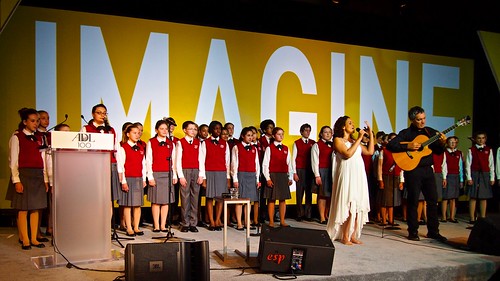 In the past year, I defended Guy Kawasaki and Cathryn Sloane from flash mob pile-on attacks on this blog, and I received a few interesting remarks about civility from those who felt justified in forceful criticism. We continue to respectfully disagree on this. Respect is the key word, for whether someone is wrong or right, everyone deserves to be treated with decency and respect.

I am not coming from a place of moral high ground on this, nor am I better than you. I am as guilty if not more so than others of behaving negatively online. Yet, I cannot tolerate this behavior in myself anymore, nor can I empower others to do it in good conscience.

A line needs to be drawn in the sand.

Sometimes we can do this softly through silence and inaction, or exiting a particularly bad conversation. In some cases, we need to walk away from relationships. In the most difficult cases we say no, and tell people you cannot come here and act like this, and ask them to leave if they cannot respect others.

While no is an answer and an act we have a right to enforce, it’s important to extend an open door to our fellows with forceful differing opinions. Chasms can narrow, and relationships can begin anew.

Can we open our hearts to growth in ourselves, and in our enemies? Dare we hope that through the years we may evolve from hate to at least a respectful differing opinion?

If we fail, we will simply turn the Internet into little pools of singular ideologies, each calling the other a group of haters. Hate on hate, exponentially growing with the inability to sit down and talk to each other.

Given the incredible power of the Internet, what a shame that would be. From my standpoint, we would usher in a digital dark age.

Like all things in life, our little corners of the Internet turn into exactly what we invest them. Hate and divisiveness creates fragmentation and hurt. Snarky judgementalism breeds a world where we comment on each other’s personalities behind their backs, shaming one another. And that is a gateway to darker more hurtful paths.

Or we can make our part of this world more accepting of others, one person, one conversation at a time.

Imagine, stand on principle, and hope.

P.S. Next week’s posts will be much lighter. Promise!