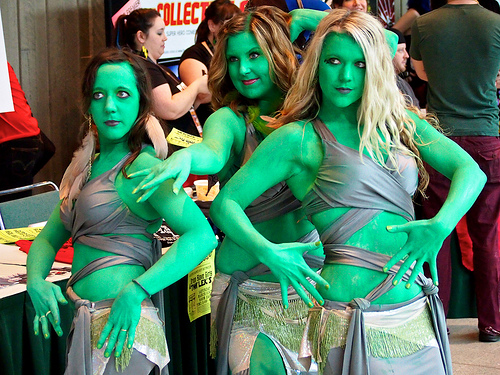 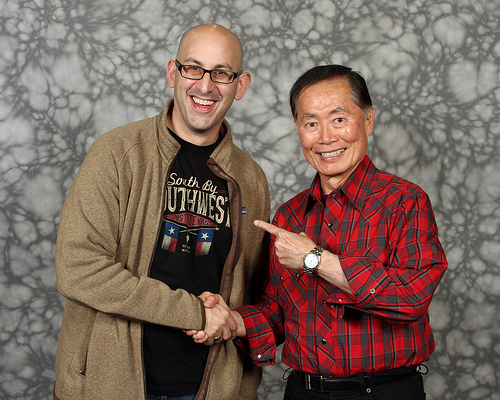 No, I will not be in costume.

Finally, on a larger level, of all the fiction genres, I find science fiction to be the most entertaining. I am excited to be steeped in the scifi culture for a few days.

Why I Love Science Fiction

Growing up the way I did, I was a bit solitary, and spent much of my tween and teen years reading voraciously. More often than not, the pulp was science fiction, books by Isaac Asimov, J.R.R. Tolkein, Robert A. Heinlein, Arthur C. Clarke (2001, 2010, etc.), Stephen R. Donaldson, Terry Brooks, early David Brin (who is now a great blogger, too), Larry Niven, and on and on.

My love for space operas, and to a lesser extent sword-wielding fantasies, extended to movies. Like many Gen Xers, the original Conan, Star Wars and Star Trek movies were repeated staples. TV Shows like Buck Rodgers and Star Trek: The Next Generation were great, too.

Science fiction allowed me to envision the future, and how technology would evolve and impact our world. It sparked my imagination, and encouragin me to consider societal issues like power dynamics and technology impact.

These days, I may be the only person on earth who hasn’t raved about J.J. Abrams Star Trek: Into Darkness. I attribute that to my long love of science fiction. A casual trekkie or someone not very familiar with the series wouldn’t understand my disappointment.

Into Darkness was like watching a Rolling Stones concert, same hits, same guys, yeah it was great, but was it special? Instead of a new movie, it was a tongue and cheek replay of hits, and demonstrated the flaws in the lexicon (which were exploited in the Hugo Award nominated Redshirts, by John Scalzi).

Plus the new Khan can’t hold a candle in the wind to Ricardo Montalban. Instead of trying, I felt like J.J. Abrams settled for a somewhat bitter Terminator-esque character. 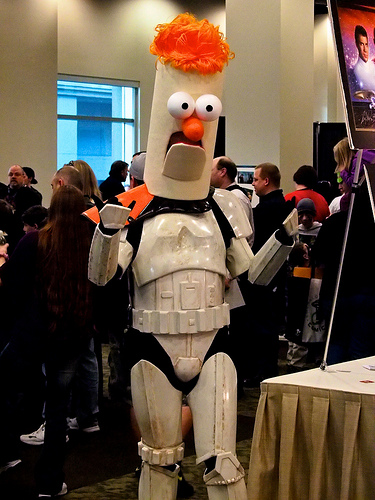 Into Darkness should actually scare Star War fans about the quality of the next trilogy. Sometimes J.J. Abrams gets stuck in the cuteness of meta stories. He loses the compelling arc of a good science fiction story, which includes imagining the way technology impacts society and people. It’s why I stopped watching Lost in the middle of season 2. I feel like Star Wars 7 will only offer a meta blockbuster rehash of the old good and evil force story arcs.

Good science fiction tells compelling human stories against the backdrop of societal issues created by future technology. Considering how fast technology is changing us and its affect on our culture. Science fiction helps us scenario and deal with possible impact. Consider the following:

Are these stories unique in their societal issues? No. But they all had unique takes on it, some of which are feasible or have come true. All of them forced me to think and imagine our future world.

Science is wild. We don’t know what it will create. However it manifests itself, science and technology will impact our culture in dramatic fashion.

Will science fiction be a part of your summer?