Strong opinions throughout the social web bear a resemeblance to  the 19th century romantic movement. Consider the sheer force of emotional passion and righteousness behind espoused ideals.

The romantic movement responded to the constraints of the early industrial era and enlightenment, a way for the mind to break free from the machine. Purity in terror or love or freedom — expressed in art and movements like nationalism — dominated the 19th century psyche.

What’s old is new again, I suppose. That shouldn’t be surprising though.

Today we face a new confining threat to our identities, the digital definition of who we are. Online identity is expressed through the social graph, and the “big data” that it yields.

We confront hard truths about ourselves, including how much or little we are liked, and why.  There’s nothing quite as humbling as realizing people like you for your cute dog instead of your brilliant political expositions.

Ads pushing products and services targeted by behavioral data tell us what we should buy. We fiddle with privacy settings yet find our lives read to us online, searchable, indexed, and found, not by people, but by corporate databases seeking to expand sales.

The digitization of civilization is inescapable. Humanity must deal with new ways of expression, and in the measured digital social context there is an escape, a real way to be a person apart form the machine. We can yell,  defend  a firm ideal, be heard,  find others like us, and co-exist together!

There is great force expressed online in black and white opinion about the deepest of issues like Syria and religiosity of political opinion. It continues to the mundane, what is the right way to comment or the proper workplace of the future, virtual, shared, or traditional offices.

Through forcefulness, we polarize and pool together. That is why the dramatic romantic ideal stands out in opinions. The purity of an ideal gives us something to grasp onto, debate, and believe in or fight against.  Depressed romantics describe loneliness in an epic and dramatic tone, appealing to others who share the common feeling. Expressed idealism identifies and builds subcommunities. 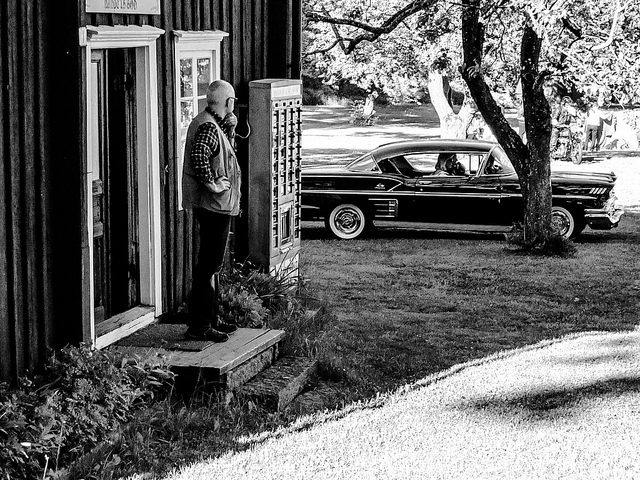 Perhaps the human soul craves certainty in such times. God knows how fearful change can be, especially when we feel powerless to stop the inevitable march of an evolving society.

Upon deeper examination and through the strains of experience, we find idealism lacks the dysfunctional craziness of human culture. Even in the villainous characterizations of people and movements we find contradiction, eddies of behavior that defy the ideal.

In Nazi Germany the Widerstand, a group of citizens resisted Hitler’s power and might. More than one billion+ Islamic people practice peace instead of plotting and blowing up buildings every day, a mass testimony  to the beauty of a faith in the face of extremism.

The dream of an ideal state rarely meets the test of reality. As attractive as black and white ideals may be, they don’t have much pragmatic application in this world.

Consider the Marxist vision of the commune. Throughout the world, the United States included, people attempted to build commune-based societies and governments. Whether they were grand in scope like the Soviet Union or smaller hippy communes, these efforts failed in the face of real life issues. Economics and human nature forced the community ideal to yield to an anti-utopian reality.

Is There Hope for Romantics? 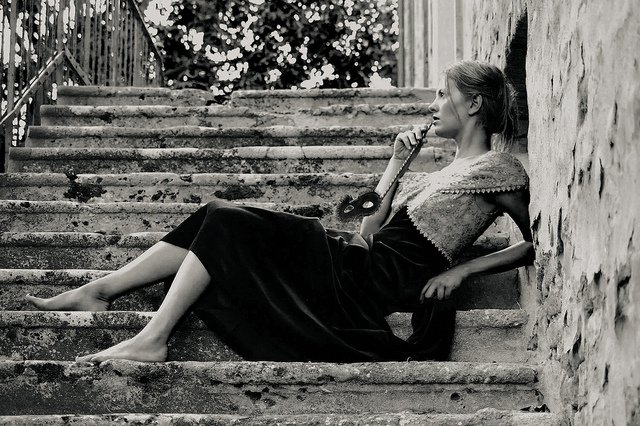 People used to call me a romantic. I remember proposing to my wife. We flew to Provence, spent a few days in the country, and then boarded a train to the Riviera.

I was such a Nervous Nelly, and taped the ring in my sport coat so I would not lose it. It was hot out, late summer, but I refused to take the jacket off and was sweating profusely.

Finally the train arrived in Cannes, and we checked in. It was almost sunset. We walked out to the dock, and sat down looking at the sunset over the bay.  She smiled, knowing (because I’m a spaz).

I got down on one knee and proposed, and she said, “Of course.” BUT, it didn’t end there. Back in the hotel room a massive bouquet of white flowers greeted her. Finally, she was surprised and the tears streamed down her cheeks. Then the coup d’etat, I took her to the hotel roof top to enjoy a seven course meal with the twinkling lights of Cannes as a back drop.

My idealism persisted in other ways beyond the affairs of the heart. I had strong notions about the way work should be, how communications should be conducted by entities, even how social media should benefit society. And though I fought for these things in different ways, inevitably reality forced me to face a lack of pragmatism.

It’s been a long time since someone has called me a romantic. Probably because I rarely exhibit such passion about any particular ideal anymore. It takes a lot for me to back an ideal with pure emotion and a long hard fight.

Maybe my innocence has been shattered — albeit later in life than most fools — by what I have seen.

Still, passionate feeling exists within. I do care about society and ideals, but rarely wear them on my sleeves.  I cannot help but to identify with Henri Frederic Amiel when he said about love, “[I] cannot escape from the ideal of it. A companion, of my life, of my work, of my thoughts, of my hopes; within a common worship — toward the world outside kindness and beneficence; education to undertake; the thousand and one moral relations which develop round the first — all these ideas intoxicate me sometimes.”

Love is such a powerful word, and the purest of ideals. With love we find a hope that things can improve, even if the advance is just a little.

The Notion of Progress

I’ve had the priviledge of working with many young people over the years.  Millennials have strong opinions about the way things should and should not be, a bit of the romantic ideal.

Today, my team talks about change quite a bit, and the need to evolve practices for the better.  We call it the battle of inches, an acknowledgement that sudden revolutionary change toward the right (or the wrong) is not likely.

We have to accept progress instead of perfection.  The ideal is not attainable, at least immediately.

That’s not a reason to give up.  Evolutionary change occurs by focusing on small shifts and progress. Those small acts add up over time to create big change.

When you work towards a significant goal with dedication, focus, and an unrelenting commitment to achieving your vision, things happen.   When sudden moments occur — particularly in the public eye — the hours and labors necessary to realize that notable achievement are rarely seen or discussed. Sudden unprepared successes are truly rare.

Romantacism is great if you’re willing to truly fight for an ideal, and stick to it until everything possible is said and done. The frustrated romantic lacks the patience to commit and see things through, to make the ideal a reality through pain, toil and progress. But the romantic that operates out of love will commit to an ideal, and suffer through the necessary toil to achieve it.

Like many things in life, with passionate belief it’s important to keep our heads in the clouds and our feet on the ground.

What do you think about romanticism?

12 Replies to “Black and White Romanticism”