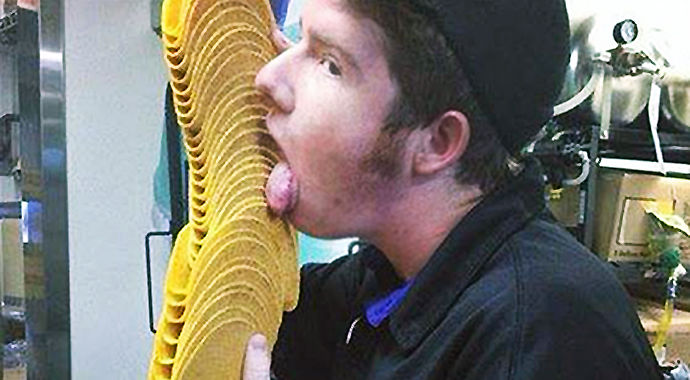 Taco Bell was shellacked on social media and PR channels earlier this year when an Instagram photo appeared showing an employee licking a stack of tacos. Yet, there seems to be no brand crisis at all, rather a blip on the incredibly powerful ascent of the fast-food restaurant.

According to AdAge, “Taco Bell in 2012 posted an 8% increase in U.S. same-store sales — more than twice the 3.3% gain of industry leader McDonald’s.” And there seems to be no slowdown in sales.

Taco Bell has done more than just launch the uber popular Doritos taco line. They have dominated the male millennial demographic, launched a healthier Cantina line, engaged in effective marketing to the Hispanic sector. The fast food chain has deployed diverse creative talents to appeal to these audiences, working with American and German creative teams.

All of these positives prompted AdAge to dub Taco Bell its marketing brand of the year.

In the end, Taco Bell’s swift action in the Instagram crisis resolved the matter quickly. They found out the culprits worked at a franchisee, confirmed that the tacos were not served to customers, worked with the franchise owner to terminate the employees, and issued a public statement.

The usual blogger drama ensued, but customers — the brand’s true word-of-mouth advocates — were satisfied. Or felt the positives of the resurgent Taco Bell far outweighed an inaccurate Instagram photo posted by a maverick employee.

The taco licking social media crisis shows once again that online drama may not actually impact brands as much as negative voices would like us to believe. Online digerati don’t make or break a brand; rather, it’s a complex blend of product marketing, satisfied customers and their peer networks who build word of mouth, and traditional PR and advertising.

This post ran originally on the Vocus blog. I am on vacation until September 30 and will not be commenting. The floor is yours!