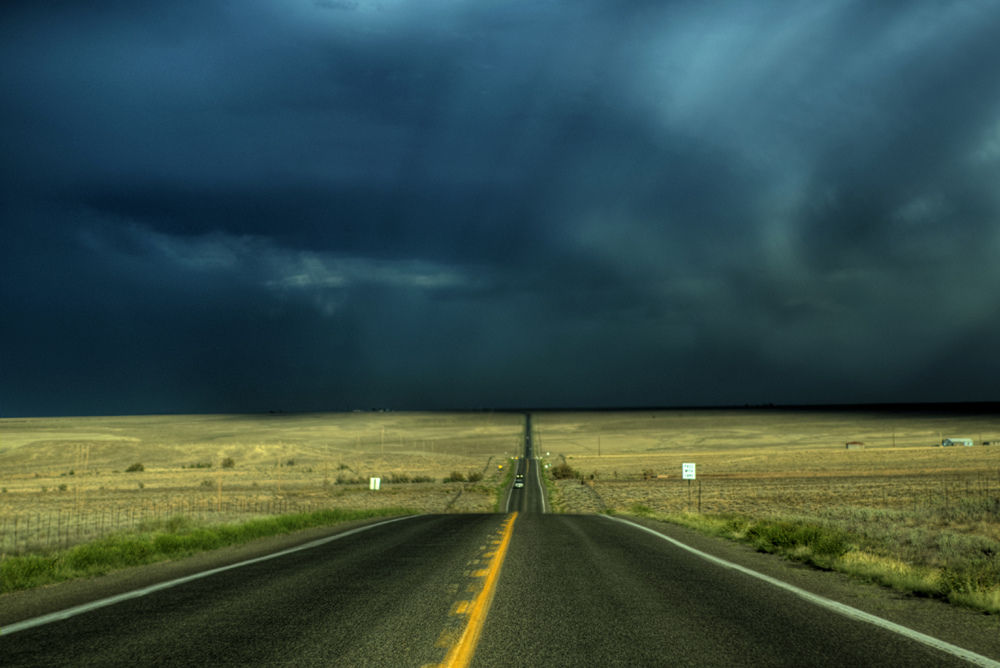 The remnants of Tropical Storm Karen continue to drop rain upon us here in Washington. Though it is a significant storm system, it fails to compare with the dramatic monsoons of the southwest we saw on our recent vacation.

It’s funny how clean air, relatively flat land and high altitude combine to produce an incredible effect on the perception of distance. Mountains and storms alike seem immediate in the skyline, but are often dozens of miles away.

Dark ominous clouds arise, sparking fear of terrible rains. The brooding gray moves across the horizon, and bolts of lightening race down to the ground, followed by the certain dark rumble of a thunderclap. You can see the gray lines of rain streaming towards the earth, a downpour seen from afar. A storm is coming.

Yet the storm may never touch you.

On one leg of our vacation, we drove from Bluff, Utah to Santa Fe, New Mexico. This was a five hour + journey witha toddler in the car (cough). A significant thunderstorm storm blew through in the morning, bringing torrential downpours. It was a line of storms that stretched from the Mexican border all the way into Wyoming. The rain ended around 9 a.m. and by 9:45 we were on our way.

As we drove southeast through the Four Corners area into New Mexico, a dark sky danced upon the road. We would certainly drive through the rain, or so we thought, but city after city it stayed ahead of us. It was bizarre. No matter how fast we drove, we could not catch the rain. 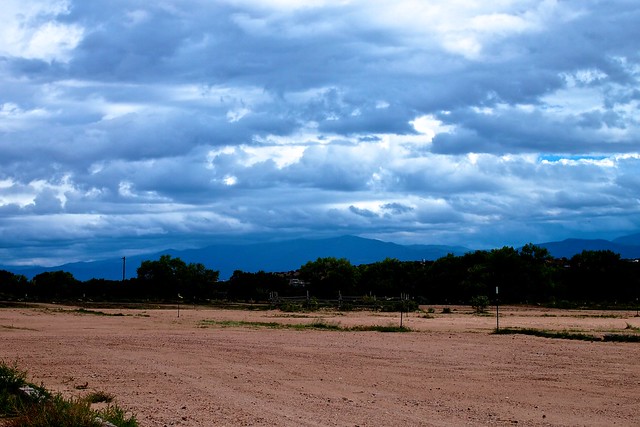 This storm never touched us even though we drove another 15 miles towards it.

We closed the gap on U.S. 550 between Farmington and Santa Fe in the midst of an Apache reservation, and drove through the downpour. It was dark, and at one point Soleil looked up from her iPad (watching Peter Pan) and asked, “What’s that?” The roof was pinging from hail ranging in size from pebbles to golfballs. It coated everything around us in white, turning the desolate desert into a momentary winter wonderland. At other points, the rain fell so quickly we slowed to a crawl, unable to see anything.

Finally, we made it to the other side of the line. Blue skies awaited us, but the rearview mirror always seemed to be tinged with gray.

We arrived in Santa Fe in the late afternoon only to watch the storm approach anew from the west. Like our travels the storm hung in the sky seemingly ready to open its waters upon us, but it took hours to materialize. The distance betrayed us again. When it did finally arrive, it was night. The torrents were strong and the winds howled for hours.

This odd visual trick always amazes me when I travel to the west. I never seem to get used to it, and for whatever reason I haven’t been able to forget it since we left.