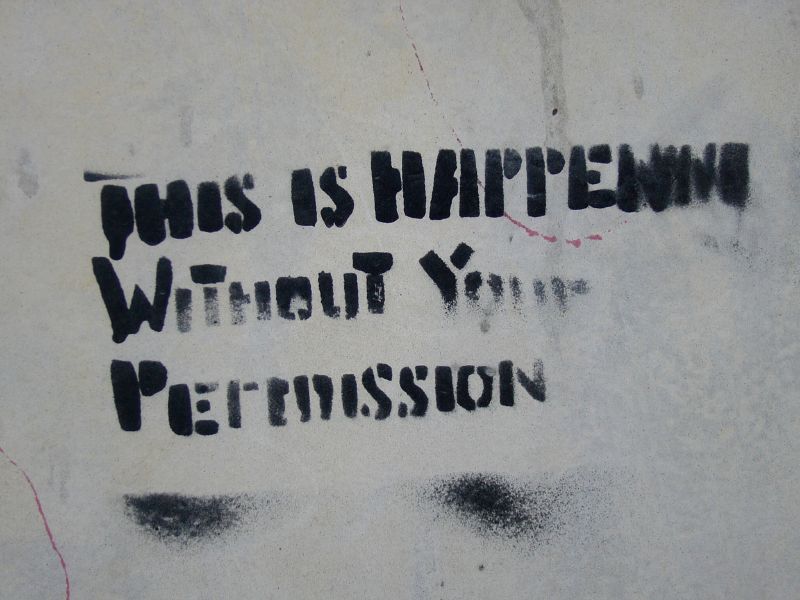 After reading the Age of Context (read my review here), I could not help but think about how this era is removing most concepts of privacy. In turn, it is causing an incredible amount of intrusive spam. A tension builds between brands who market to the niche, and consumers who unwittingly gave them permission to do so.

The Age of Context theorizes that successful companies will need to taper their shotgun approaches to marketing. I admired Robert Scoble and Shel Israel‘s hope, but at the same time I had my doubts.

Then I interviewed Robert. He made some interesting comments about filters possibly resolving invasive marketing, and providing an end ceaseless spamming.

Before diving in further, let’s discuss the permission trap.

Most companies and nonprofits don’t care about permission marketing. When individuals sign up for a list, it’s an exchange for a free piece of content or another one time transaction. Permission also assumes the ability to unsubscribe.

If an organization’s ensuing outreach is so annoying that you feel compelled to unsubscribe or remove yourself from said list, then that means remove. The moment an organization fails to obey an unsubscribe request, it becomes a spammer. But organizations will gladly sacrifice good will for a 2% growth transaction rate.

This is the permission trap. Someone gives a company permission in exchange for free content or a deal, and then receives unwanted spam for the rest of their email account’s or phone number’s life.

Even as media and data allow brands to become more precision oriented, I see the trap holding steady. And that means spam not only on the dektop, but on all media devices.

I have given money to the DNC during the past two presidential elections, only to find myself added to an unbelievable amount of Democratic email lists and the occasional phone call. No matter how many times I unsubscribed, I found myself continuing to receive emails. After years of hitting remove, I still get the periodic Democratic email. Al Franken has been by far the worst of the lot, with the Obamas a close second.

The political example highlights my point, but I have had the same experience with many companies. Unfortunately, because there is so little choice when it comes to political parties, I am likely to donate again. That means I will be ceaselessly spammed for the rest of my life, even though I would do so without prompting.

One would think that yielding results in the single percentages isn’t worth the negative equity and bad word of mouth. But tell that to corporate leaders, investors, owners and Wall Street who all need or want to deliver maximum ROI.

Until there are enough alternatives out for customers, we’re screwed. In this new era of contextual media driven by automation, pinpoint marketing and permission, most companies won’t do the right thing. They’ll still damn the 98% of uninterested stakeholders for that two percent who buy.

I took the opportunity to ask Robert about this issue in my interview, “I remember giving the DNC permission to email me, and I still get spammed despite opting out from their lists numerous times. Is giving permission really just the death of “quiet?”

His answer was insightful, “Google and Apple are working on contextual operating systems. These will know what you are doing. Who you are doing it with. Are you in a meeting? Google knows, it’s on your calendar. So it can shut up any of these lame advertisements.

“In fact, look at the new Gmail. That DNC email already is going to the promotional folder. It knows about the context of that email and that it’s not from a trusted friend. So, no, I think context is the rebirth of quiet.

“You’ll get these kinds of messages when you want or need them, not earlier. Marketers will need to learn to be far better about serving these messages out, too. In a perfect world the DNC would add a feature to its emails like Facebook has “show fewer of these messages” or “show these messages only during the month before an election” or something like that. But marketers don’t think about customer service so Google will force the issue, just as it has with Gmail’s promotional folder that removes this kind of stuff from the inbox.”

Robert brings up a good point. Soon filters will get more powerful and smarter, allowing us to block specific types of conversations and keywords. To some extent these filters already exist.

For example, you can filter email by keywords. I have a special folder for Google+ updates (that I almost never look in). Other filters include the ability to mute people and conversation topics (such as presidential elections, please?).

Once algorithmic intelligence picks up on preferences, we can expect to see filtering happen wholesale. It’s likely a tug of war will occur with marketers figuring out loopholes around filters, and software providers developing new protection mechanisms. And one can expect all sorts of filtering mistakes, too. For example, I might want to read my client’s Google+ emails but can’t because of the filter.

Perhaps we will reach a point where it is just easier for brands to garner permission, and treat customers well. Wouldn’t that be grand?

Featured Image by WhatWhat, Scoble pic by NEXT 13.