Good news! Exodus is finally available in print on Amazon and Barnes & Noble as well as electronically via the iTunes store. If you want, read Ralph Rivera’s review here.

It took much more than expected to distribute Exodus via these distribution channels. Jess Ostroff (her business Don’t Panic Management serves as a virtual project manager for my company) and I cowrote thispost detailing our lessons learned.

We both recommend APE: Author, Publisher, Entrepreneur, but there were several proverbial “devils in the details” missing from the text. In publishing this post we hope to help folks avoid these same issues.

The current version of the book is published on CreateSpace, Amazon’s independent publishing service. Originally, I published it on Lulu, and that was the primary reason why the book took almost two months to become available on Amazon.

First, let me explain my original logic. APE reviewed the two services; CreateSpace was considered very good, and Lulu was good. I took the lesser of the recommendations because I didn’t want to support the Amazon empire. From a book publishing standpoint, they are the alpha and the omega of the business, and pretty much dominate everything. So whenever possible, I try to support competitors.

In this case, that was a bad decision.

Lulu does not distribute books immediately on Amazon and Ingram, which distributes to B&N and other bookstores. Instead, it takes six to eight weeks. Thus the problem.

I decided to live with it in spite of smaller margins and what I perceive to be a slightly lesser quality product. But then I had a significant layout error in the book, which I decided to address, both in the electronic Kindle and print editions. I updated Lulu, and guess what? Another six to eight weeks, further delaying the print release.

That’s when I asked Jess to format the novel for CreateSpace. The ringer? Lulu’s version on Amazon became available late last week. However, it takes one to three weeks to receive a Lulu print on demand book. Amazon’s CreateSpace ships in one day. It was too little too late for Lulu.

One issue we experienced was linking the Kindle edition to the print one. However, I filed a ticket in Author Central, and the matter was resolved promptly. I wish I could say the same thing about the iBooks customer service team, but that is Jess’s story… You can avoid this issue altogether by publishing to Kindle from your CreateSpace account.

All in all, the lesser capabilities of Lulu demonstrate another example of Amazon’s monopoly strength, and clearly they are using it to their advantage. In the end, I abandoned Lulu so I can get the book out there as quickly as possible.

It started in June, when Geoff asked for help distributing his new book, Exodus. Geoff sent me a copy of APE: Author, Publisher, Entrepreneur (which is the first technical book I’ve read since college) and I followed the instructions closely for Nook, Kindle, and iBook, which are the “big 3” when it comes to online publishing.

Because I don’t own Illustrator or Publisher, as APE recommended, I decided to try a free software called Calibre that was recommended by other book publishers as an easy tool to convert .doc or .pdf files into the appropriate files for distributors like Amazon and iTunes. Perhaps that was my first mistake. 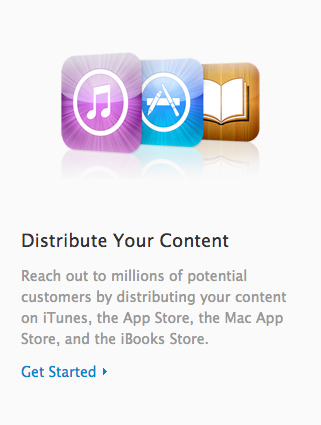 It’s not surprising that Apple wants users to use their own software for creating ebooks, iBooks Author. It’s free and elegant, and can probably help non-designer types create really good looking books.

In the case of Exodus, we were hoping to simply distribute the novel across multiple platforms, not start from scratch with each platform. The latter was essentially what iBooks Author wanted us to do.

We couldn’t import the Kindle or Nook editions of the book; instead we started from scratch. It’s a post-apocalyptic science fiction novel, not a coloring book. So, I decided to use the .epub output from Calibre in the iTunes delivery tool, iTunes Producer, another free download that promised iTunes distribution once the file had been approved. Or so I thought.

The set up of a new iTunes account was required because Geoff’s current account (that he uses daily) was attached to another e-commerce setup on iTunes. We had to create a “publisher” account, including his company bank account information, tax ID number, address, and other sensitive information. Every other platform had us enter this information, but iTunes was the only one that made us set up a brand new account.

After reading this giant iTunes FAQ, I thought I had my ducks in a perfect row. The .epub file I had created for iBooks passed the test on the EPUB Validator. I had the cover image all set, the tags and categories sorted out, and the author and publisher information entered correctly.

But my file would not be accepted by iTunes. Why? Well, at first we got some error messages. For example, what do you think this means?

Imagine things like that times 600. That’s how many error messages spewed out when we first tried to upload the file. The iTunes Producer output a series of numbers and letters that were completely useless. Not only were they gibberish, but they also repeated several times, mentioning that the same error was found, but not showing what or where exactly the error could be found. At first, it was something to do with the metadata, the margins, and the table of contents, but would you be able to glean that from a message like this? Me neither.

I’m used to saying “yes” to projects I have never done before. With the speed at which technology changes, I understand that the nature of my job requires me to be on top of everything, including learning how to do tasks on the fly (or finding workarounds if what we originally wanted to do doesn’t work).

I’ve never been so stumped during a project as I was with trying to get Exodus onto iTunes. Application  approval took weeks, and the support team was completely worthless. Their canned “we’re working it” messages never felt genuine, although I would expect nothing less at this point. We even got a message in French one time! The fun never ended! 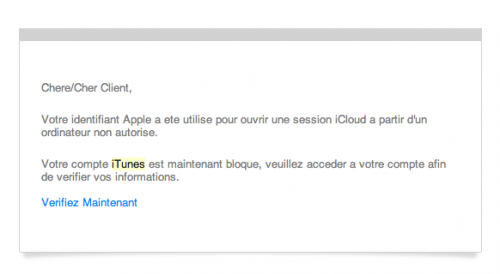 I still don’t know how we actually got the thing to be accepted by iTunes. It was a series of different export files and different upload methods, each containing one minor adjustment that I thought might make iTunes happy. I spent nearly six hours one night attempting to correct any issues, and I’m not exaggerating on that one. This comedy of errors left me exhausted, but man, did I sleep well once we got the glorious confirmation of a job well done!

What do you think of these issues? What are your best practices?