Pink, Thomas the Train and Other Choices 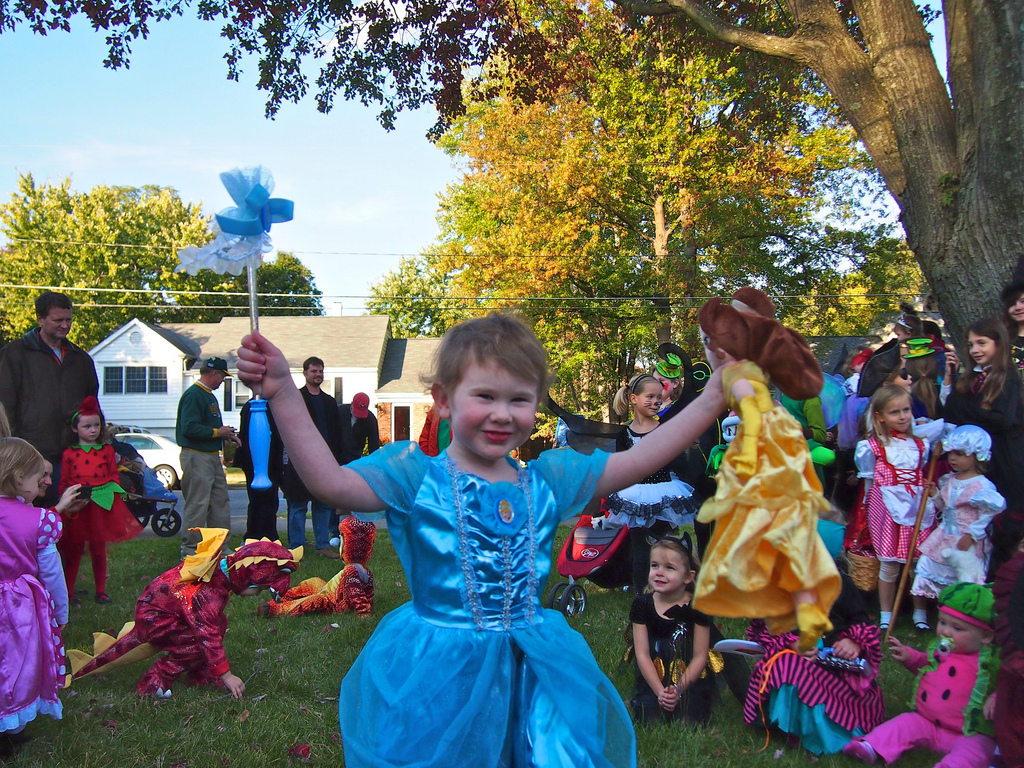 We had a week of fun with Soleil. Her third birthday on Tuesday was a blast, and of course last night was Halloween. Soleil was Cinderella, her favorite princess.

People often remark about her love of princesses, all things pink and purple, shoes, kitties, and babies. She’s a girly-girl they say, and we agree, because she likes these things and most boys do not.

But Soleil is more than that. She likes to chase her Daddy and jump all over him while is sleeping (much to my chagrin). Soleil loves Thomas the Train, and trains in general. She also likes playing with building blocks and gears. We already discussed her crazy toddler passion for technology.

I worry about this girly-girl labeling more than I probably should. It seems that’s what we do as humans, afix labels and concepts on people, judge and put them into a box, and assume that’s going to be their life.

So you can see I fear that Soleil will become boxed into a submissive girly-girl life. Fortunately roles have evolved for women, but there are many hurdles to overcome as any good Marissa Mayer debate reveals.

I try not to interfere with Soleil’s predilections to like certain things, though I did put my foot down on My Little Pony. God, that’s mindless drivel. She does get to ride lots of ponies and horses, though.

Soleil should be exactly who she is, and that’s OK whether she becomes a powerful executive or a homemaker or anything else. The world is her oyster if she is willing to work for it, and that’s my primary message. There’s nothing wrong with an engineer who wears pink and purple. Or whatever color her evolving fashion palette determines is right.

I want to be present for her during this time. She has a fantastic life ahead of her, and there is much to see, wherever her path takes her. More than anything, I want her to have choices, the ability to discern consequence, and the education to engage intelligently in these acts of mindfulness. 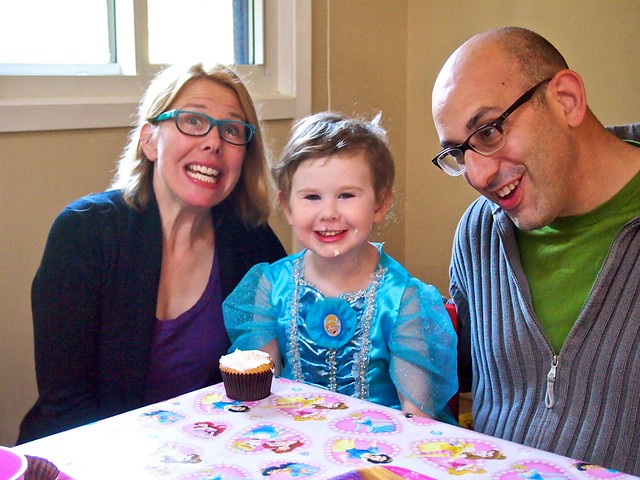 Obviously, we have the holidays coming up. Rather than spoil her with everything she wants, her gifts will be distributed. For her birthday, she got a baby doll and a kitchen set. By the way, I cook as well, so in Soleil’s mind, I’m pretty sure kitchen life is gender neutral. Nevertheless, there is the historical baggage the kitchen brings.

To compromise and give her choices beyond stereotype, her Hanukkah gift will be a Thomas the Train set. She may never use it (I doubt that), but at least she will have a choice. Daddy is happy to play with trains or wood tomatoes, alike.

Christmas is yet to be determined. The joys of growing up in multicultural house!

Presence in All Paths

Soleil had her three year check-up this week, and it appears that she will be a tall woman. The doctor thinks roughly 5’8″ or 5’9″. I wonder what she will be like, whether the princess phase is permanent and she becomes a model, or if she’ll jump on sand instead of my back and become a volleyball player, or…

There are many paths. They are for her to choose.

My/our job is to be present, and help her learn responsibility, the power of choice, good and bad, and then to empower her as much as possible to succeed.

It really is an honor to be a parent. I am so very grateful to have Soleil in my life.

P.S. Just a reminder that I wll be fundraising for my client the National Center for Families Learning (NCFL) today. If you’d like to help me or the other dozen individuals fundraising, here are two easy actions:

1) Participate in the #NCFLBigGive Thunderclap. More than a hundred of people have already signed up to blast out a timed Tweet at noon on November 1 to launch the Big Give. If you’re interested in joining, sign up here and Thunderclap will take care of the rest: https://www.thunderclap.it/projects/5673-support-the-ncflbiggive?locale=en

Please consider making a donation. Just $25 makes a big difference as we try to attain $25,000.