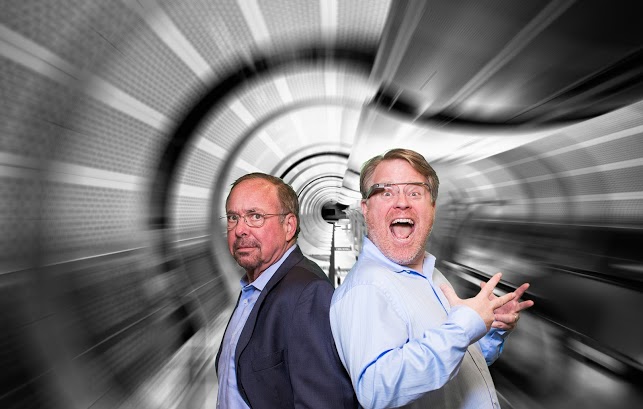 Robert Scoble and Shel Israel have written a defining book for the big data marketing automation era, the Age of Context (read my review). The two teamed on similar book in the early social media days called Naked Conversations that accurately predicted the forthcoming impact on business.

Given their many successes over the years and the powerful ideas in Age of Context, Geoff decided to interview successful blogger Robert Scoble for Vocus. You’ll find an insightful interview on marketing, media and society as a whole.

GL: What prompted you to write the book?

RS: Rackspace pays me to interview innovators, usually startup founders,
but also people who are doing leading edge work inside big companies. Back in early 2012 I saw a bunch of new patterns, due to that work. Sensors were increasing exponentially. So were social data, big data, and wearables. That led to discussions with Shel and eventually to the book, “Age of Context.”

RS:Yes, I think so. Why? Because I’m seeing sensors inside R&D labs that won’t be able to be productized or perfected for consumer market for eight years or more.

GL: Context seems to be about taking the data from sensors, phones, location, etc. and creating useful offerings and information from that data. You discuss this as precision marketing. How important are data skills for marketers +today and +tomorrow?

RS: Well, the big trend is that we’ll need to know 100x more about our customers than we do today. So, yes, data skills are huge. But so are skills in building systems that use that data in a non-freaky way. If I walk into your business and you know everything about me you could easily freak me out, or miscast me and serve me poorly. So we’ll need humans to make sure that the databases don’t enable poor customer service too.

GL:What’s the best way to learn how to analyze data?

RS: The companies at the leading edge have people skilled at machine
learning. That’s what I learned when I visited Prismatic, which is a news service. Learning how to do what those very advanced people are doing? Very hard. Probably requires going to Stanford and getting a computer science degree. But you can start to think about data analysis — watch what journalists do with data and start learning how
to push around data in databases.

Gary Vaynerchuk says he built a database of everyone who tweeted about him. That seems to be a good place to start. Do you know who is tweeting about you or your competitors? If you don’t, then you need to get there and get there
fast (in my industry we already have teams of people and specially-written software to do that, so I have to be far more
advanced than that to keep ahead).

GL:What outcome do you see for communicators who can’t/won’t learn data analysis?

RS: When we wrote Naked Conversations eight years ago we predicted a world where marketers would have to be on social media otherwise they would limit their career opportunities. That absolutely has happened today. The best marketers are on social media and/or run teams that do it.

Tomorrow? If you don’t know your customer in very deep detail you will be run out of the marketing world. Why? Because customers will tend to go to where they are being served better. Uber will beat taxis unless taxis respond. Why? Uber knows its customers in far deeper detail than taxi companies do (down to the point of knowing where you are standing
in the street before they arrive).

RS: I look at Uber. I gave it permission to know a LOT about me, even where I’m standing and my phone number. Why? Because I get a LOT of utility out of that. So, the future is “give utility first, then ask
for permission.” In the book Marc Andreessen calls this “free ice cream.” People will hand over their private details in exchange for a metaphorical free ice cream. I agree.

GL:I remember giving the DNC permission to email me, and I still get spammed despite opting out from their lists numerous times. Is giving permission really just the death of “quiet?”

RS: Google and Apple are working on contextual operating systems. These will know what you are doing. Who you are doing it with. Are you in a meeting? Google knows, it’s on your calendar. So it can shut up any of these lame advertisements. In fact, look at the new Gmail. That DNC email already is going to the promotional folder. It knows about the context of that email and that it’s not from a trusted friend. So, no, I think context is the rebirth of quiet. You’ll get these kinds of messages when you want or need them, not earlier.

Marketers will need to learn to be far better about serving these messages out, too. In a perfect world the DNC would add a feature to its emails like Facebook has “show fewer of these messages” or “show these messages only during
the month before an election” or something like that. But marketers don’t think about customer service so Google will force the issue, just as it has with Gmail’s promotional folder that removes this kind of stuff from the inbox.

GL:What about algorithms? What happens if someone is “abnormal” and breaks the routine assumptions of an algorithm. Will they break the machines, so to speak? Will they be forced to conform to an algorithmic path?

RS: The system is crude right now. It won’t work for everyone. My son is autistic. He isn’t able to give these systems enough of a pattern for them really to serve him. Well, I take that back. He already loves YouTube and Netflix and both keep serving him more videos that are associated with the ones he already likes. He loves that feature.

I don’t see these things “breaking.” I do see them as serving back poor choices. For instance, when using Saga last year, it kept telling me about golf services. Why? I live on a golf course but I hate golf. It didn’t have a way to correct it. These early attempts will seem quite quaint in a few years. The better ones are correctable. I’m also finding that I’m changing MY behavior because of these systems.

Why? I put addresses on all my Google Calendar items now, for instance. That’s because the newer apps like Google Now and Tempo work better when I do that.

GL:Is the ultimate luxury of the future going dark?

RS: The ultimate luxury of the future is to have exclusive experiences that demand your full attention. Burning Man is one that a lot of my rich friends say is pretty great. High demand sports like skiing or surfing are others (try skiing while looking at your smartphone or even the wearable computer in your Oakley ski goggles — I’ve tried and it’s impossible, but once the run is down everyone reaches for their digital devices).

Even with Burning Man I noticed that lots of people were using Waze to get up there and using photo sharing services and social networks to keep in touch back home, even though far lighter than usual.

But, yes, a real “vacation” for your mind is to go dark and discover new experiences. Once you get home, though, you’ll retrain your contextual systems pretty quickly. Say you go to Bali for three weeks. Try a lot of new food. Discover you like sushi. Well, when you get home you will start looking for sushi restaurants.

GL:What do you think the impact will be on thinking? Will we be limited because the machine suggests outcomes for us?

RS: Do you remember phone numbers anymore? I don’t. Our thinking has already been changed by modern machines. In the future we will have to remember less of even more things in our lives. Even how to drive. But
that will give us more time to spend our mental energy on other things. Maybe watch another TED video and learn something new? So, I’m not worried that we’ll get to be dumb. We’ll use these technologies to make our lives better and we’ll spend our mental energies in areas the machines aren’t good at.

This interview originally ran on the Vocus blog.