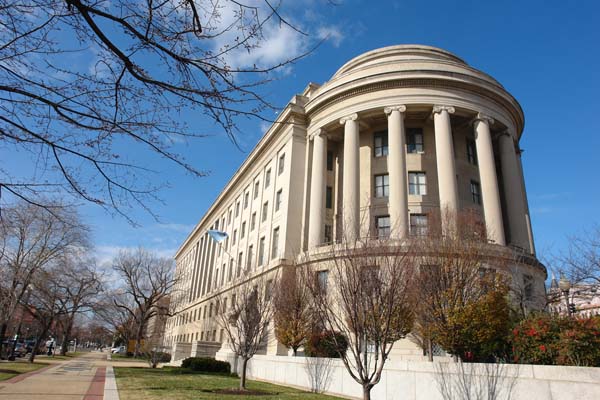 This is the last update for me from the Blurred Lines workshop on native advertising. You can follow others’ updates using the #nativeads hashtag on Twitter.

Publishers cannot tell readers what to tweet, so disclosure can get lost. To resolve that Mashable focuses on disclosure on its site, said Adam Ostrow. Sharing is an activity that they don’t have control over. Hearst’s Todd Haskell argued that the publisher does have control over the default tweet. Th Huffington Post’s Tessa Gould concurred.

P&G has an internal guideline set approved by legal for native advertising and sponsored content. Every touch is reviewed by legal. If [the native advertising] is not transparent and clear to the customer, the ROI will be low and we won’t invest in it.

The publishers (and their marketing partners) with the best most trustowrthy language on disclosure will have a competitive advantage, said Steve Rubel.

Outbrain needs to work with a multitude of publishers, and has to customize its offering and disclosure of advertisements for each publishers’ unique needs. Adiant is less customized, using a basic code (which can be somewhat customized). Some publishers are more flexible than others, says Adiant. The default setting for Adiant says advertisement AND sponsored content.

Transaprency dialogue highlighted a wide range of terms used to disclose advertisers; sponsors, partners, presenters, etc. There is no standard for presentation of advertising. Hearst’s Haskell said with thousands of publishers, they each should have flexibility to do what’s right for them. The Huffington Post’s Gould agreed. Needs differ by property; e.g. news, lifestyle or a content sharing widget.

Edelman built an ethical framework for their account executies to ask the right questions of publications and technology companies.

Edelman believes trust and transparency are inherently tied together. Companies, publishers/journalists and the audience have a complex triangulated relationship. The U.S. population is the one party of the three that doesn’t get asked or have a voice in the native advertising conversation, offered Edelman’s Steve Rubel.

Hearst’s readers have been very epressive about love and hate, said Todd Haskell. Ultimately readers vote with their eyeballs.

Outbrain believes that click-throughs are based on content consumption. The difference between the landing page that is a solicitation versus content is the critical point. Native ads must feature content.

Adiant CEO Ash Nashed said disclosure is absolutely critical. If content is not stated as advertisements, click-throughs will be higher, but it hurts on the back end, and creates a much more difficult situation.

If transparency isn’t done right, you lose trust, and you’ll hurt your brand long term (P&G’s Laird). You want to link your brand to the content, and you want that brand present in everyway that it is shared across the network.

It’s incumbent on the publisher to exercise discretion in judgment for content partners (Hearst’s Haskell).

Native advertising offers greater eyeballs, which is a huge opportunity for the Huffington Post. Plus sponsored content allows you to target and track by reader with a much more customized offering. Finally, it offers a more real time opportunity for brands.

Hearst sees native advertising as a great scaling mechanism. With an ecosystem of 20 sites, we can now cross promote and scale on a much greater level than before hand. Working with third parties, such as Outbrain, we can bring in partners from outside of our ecosystem. Readers can share and extend the ecosystem, too.

11:37 a.m. Marketers from Panel 1 on Sponsored Content in Digital Publications

Steve Rubel spoke for Edelman, the world’s largest PR firm. Edelman sees the blending of owned content and advertising — native ads — as a hybrid or traditional media company offering that they can deploy as part of a PR campaign. They call it paid amplification. In no way should native ads replace earned media, but the two can sit well together.

Procter & Gamble was represented by Chris Laird. They insist on branding their paid content. Branding is the raison d’etre for P&G to buy online media. In many respects, native advertising is much more shareable than traditional ads, said Laird. Secret, Pantene and Tide were featured brands highlighted by Laird.

11:22 a.m. Media from Panel 1 on Sponsored Content in Digital Publications

Todd Haskell represented legacy publishers via Hearst Corporation. Hearst brands believe trust is first with publications. They ground their offerings on reader trust first. Anything that violates trust is not considered. Harper’s Bazaar did a campaign with Ugg and Nordstroms showing a “sponsored by Ugg” series of articles and Pinterest boards. The sponsored by was presented first before content. When native advertising is done well, it’s good for everyone. It shouldn’t suck, said Haskell.

Adam Ostrow represented Mashable on their branded content offering, Native Advertising has always been a part of the site. They often create specialized content columns for advertisers, which are sponsored by the brand (AMEX, Qualcomm, etc.). Mashable uses several text boxes and ads highighting sponsorship. The series are five articles or larger. Mobile content and native ads are clearly distinguished as sponsored before other text begins.

Nicholas Lemann, professor of journalism, Columbia University, spoke next on the history of advertising and journalism. Advertising has always been considered a corrupting factor in journalism, dating back to the 19th century. It should be understood that payment secures the ad and nothing more, said early critics.

Both the advertising and media industries tried to self-regulate at first. However, it was not enough.

There have been many names to separate the two, church and state, chinese walls. Traditionally in news organizations, these separations were considered absolute, partly out of vanity and partly from self-interest and the need to build trust.

In recent years, Columbia changed its rules. Today journalists need to know about advertising, including shield laws and government media policy. News organizations have seen alarming declines in advertising, devaluing the mastheads. This has compromised the legacy news organization. Consider that the Washington Post sold its building for almost as much as it sold its newspaper to Jeff Bezos.

Advertisers want to see real results. They want to buy niche segments, and social networks are offering highly targeted ads. News organizations and journalists are forced to remake their relationships with advertisers. These are evolutions mothered by necessity, said Lemann.

The Commission came to a settlement with the first electric vacuum cleaner for false native advertising back in 1917, says Lesley Fair, staff attorney. The standard for FTC action is “unfair or deceptible acts or practices.” The FTC looks at the entire mosaic of the ad, which includes a visual evaluation to make sure the ad clearly looks like an ad.

The FTC looks for “masquerads,” ads that act like traditional media, from mail to online. This has spanned several decades, and most recently included the infomercial era.

When Congress passed the CAN-SPAM act, one of the primary concerns was false headers which deceptively tricked consumers with false senders and topics. This is a fineable offense.

Today, the FTC is going after false news sites that publish information about their products as news infomration, based on reporter testimonials. The FTC is clear on endorsement guidelines that material connections between an advertiser and endorser should always be disclosed. These were updated in 2009 by the Commission. The FTC prosecuted a PR firm for posting false reviews in the iTune Store in 2010 based on this update.

Lesley Fair highlighted the need for search engines to demonstrate that paid search results were clearly delineated. Letters were sent to search engines in 2002, and again in 2013 to reaffirm the rules, including niche and specialized search networks. Paid search ads must be easily distinguishable from a natural result. Thi is the starting point for our conversation today.

FTC Chairwoman Edith Ramirez noted that “Native Adveritising” as a concept is not new, it’s just digital. But with the new media, consumers are having a hard time distinguishing genuine editorial content and social network updates from ads.

Native adveritising is becoming more popular because marketers are finding it more effective, and it lets them capitalize on the power of their mastheads. Critics argue that this exploits consumers trust in the media.

Native advertising has to be done lawfully. Engagement is an important goal, but it is equally important that advertising doesn’t mislead consumers, said Ramirez.

The FTC’s Workshop on native advertising “Blurred Lines: Advertising or Content” will be held today in Washington, DC. To help spread the conversation to a larger community, I will liveblog the sessions this morning via this blog post, and post shorter updates on Twitter.

The sessions begin at 10:00 a.m. EST. To get us started I have re-posted a native advertising ethics piece that ran on the Vocus blog a month ago. Cheers, and please add your thoughts on the ethics of native advertising in the comments section.

Last October at BlogWell Boston, Author and CEO of SocialMedia.org Andy Sernovitz gave a speech on ethics as they relate to social media marketing on the web. He focused on recent trends and developments, especially as they relate to native advertising.

As more and more brands come to rely on native advertising to overcome engagement shortfalls, we are seeing ethical transgressions with disclosure. According to Andy, this will create numerous issues because native advertising is often deceiving and not clearly stated as sponsored content. Here is an accounting of Andy’s session.

Any marketer can buy media. A social media marketer is supposed to work on getting people to retweet, like and share information. That revolves around trust, so people feel good about working with the brand.

The difference between honesty and sleazery? Disclosure, said Andy.

Disclosure is a federal law. In 1914, the FTC was empowered with a law that stated that advertisers cannot deceive consumers.

This year, New York State just prosecuted 19 companies at more than $350,000 in fines for failing to disclose sponsorship of online media.

To avoid trouble, companies should:

1. Disclose and be truthful in social media.
2. Monitor the conversation and correct misstatements.
3. Create policies and training.
4. Don’t pay for it!

These are magic words for employees: “I work for x, and this is my personal opinion.” This creates a culture of disclosure. People need to disclose who they are, were they paid, and if it is an honest opinion based on a real experience.

In 2013, the FTC published examples of brands faking engagement online, and issued a significant warning about disclosure. Just because you don’t know how to tweet in a disclosed fashion, it’s still illegal.

Customers are unhappy, and we should expect enforcement from FTC on a large scale. The FTC has warned brands that the agency or consultant cannot be held accountable; instead, the hiring company is responsible.

Native advertising needs to be disclosed from the very beginning. Many forms of native advertising are in violation of the FTC’s disclosure rules, and may cause problems later on, concluded Andy.