Save a Life This Spring 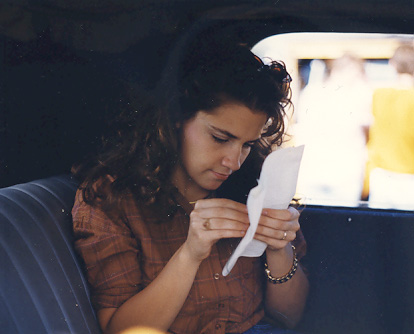 We often think the holidays are the most dangerous time for those suffering from depression, but in actuality it is spring.

Maybe it’s the hopes of change the New Year brings. When a long winter offers little relief and the weather turns, a staggering amount of people choose to take their own lives.

The IMAlive Online Crisis Network needs your help to meet the annual surge of suicides. I’ve decvided to help, and have made IMAlive Tenacity5 Media‘s pro bono client for 2014.

You, see I understand how scary suicide is. I’ve had several friends commit suicide over the years, and had someone very close to me confess ideation of suicide in 2012. In that case, I was able to convince my friend to get help. X was diagnosed with clinical depression, received medication, and has been doing progressively better. Let me be clear, if X had committed suicide the effects would have been just devastating in my life. I wish I could tell you more, but I’ve been asked not to reveal this person’s identity.

More people die of suicide these days than in car accidents, 38,364 victims in 2010 according to the CDC. And anyone of any age is a possible victim, not just the young and elderly. Middle-aged people represent the largest growth demographic for suicide.

The statistics are staggering. The impact on real people’s lives is far worse. I talk periodically with Reese Butler, founder of IMALive and parent 501c3, the Kristin Brooks Hope Center. Reese’s Kristin died by suicide in 1998 leaving him and his child with a fragmented life. If you ever have a chance, listen to Reese tell his story. It’s powerful and devastating at the same time. Needless to say, the impact on Reese was just horrible, and he has committed his life’s work to try and prevent others from suffering the way that he and hundreds of thousands already do.

People in crisis generally don’t have the energy or ability to take on a long search for help. Please lend a hand to those around you who may be suffering in silence find the help they need within seconds.

You can give your year-end tax deductible donation to the IMAlive Online Crisis Network here. IMAlive uses your tax deductible dollars to make sure that crisis counselors are available 24-7 online and by telephone so that whenever someone needs to talk, they receive an answer.

Thank you for helping to save a life like Kristin’s this Spring.

The above photo features Kristin Brooks in a 1931 Ford Model T.