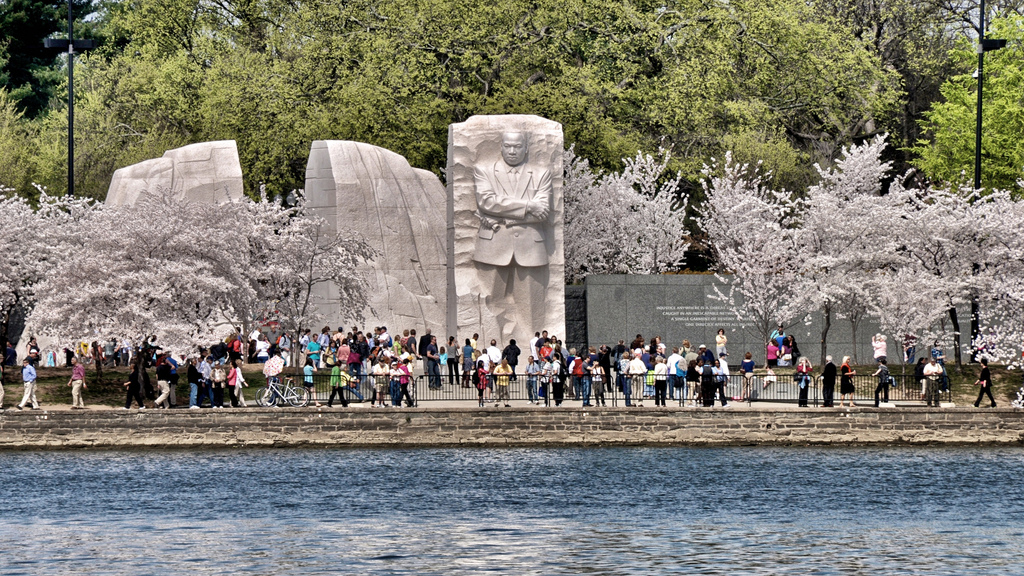 Given that today is MLK Day, given his dream of equality, it seems fitting see examine how the digital divide persists in the United States. Pew released a study two weeks ago examining African American use of technology that showed progress.

Though a seven percent lag exists between white and black use of the Internet, the gap depends on platform and age group. The good news is that African Americans are as proficient with mobile Internet access as whites. Some 92% of black adults are cell phone owners, and 56% own a smartphone of some kind.

However, on the broadband side, 74% of whites and 62% of blacks have some sort of connection at home.Gaps seem to occur with older African Amercians and with prosperity as well.

On a more positive note, a reverse gap occurs with Twitter. Whites are lagging behind their black counterparts when it comes to adopting the 140 character microblog medium (see chart below). 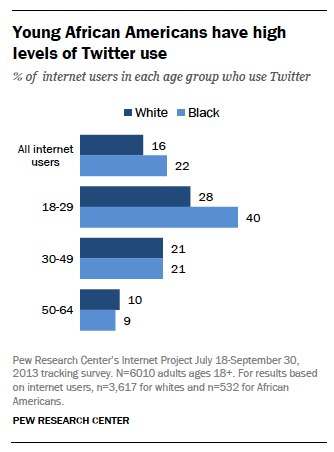 Though the digital divide persists, it has weakened significantly. From my viewpoint, there has been progress since 2011, when I wrote a similar post on MLK Day.

When I wrote my 2011 MLK post, Glennette Clark commented: “I feel that now that the digital divide is starting to close, there need to be more focus on minorities as producers as well as than consumers.”

In that vein, I’d like to suggest folks follow these seven minority social media producers that I admire:

This is not a comprehensive list. Feel free to add additional personalities in the comments if you’d like.

Moving forward, there’s still room to grow. When you analyze the divide as it exists now, it’s hard not to consider economics. Broadband is expensive. So much of prosperity is tied to education, which of course requires access to information and top notch schools. In that sense you have a chicken and egg situation.

If you don’t give people access to the Internet and its many information resources, are you limiting education possibilities? Or is this just BS now that broadband wireless is becoming widely adapted? How will the collapse of net neutrality impact access to information resources, if at all? And one cannot help but wonder if a resolved digital divide will impact racial equality.

One can only hope that progress continues, and that we move closer towards MLK’s dream online and offline, too. What do you think?