It may be time to break Google up. At a minimum, the Justice Department should consider taking up antitrust action against Google again.

The search monopoly impacts almost every part of the Internet, from content creation to email to data collection. Every small change it makes creates far-reaching ripples.

Google takes these actions to drive revenue for its advertising products. Revenue is derived from a wide array of advertising properties, including search, YouTube, ads in products like Gmail, and the far reaching AdWords network.

So what’s the hubbub about? Consider how the company uses data sourced from Google+, Android phones, Chrome browsers, organic searches and soon its sensors (via the Nest acquisition) to customize ads. Contextual and creepy at the same time, Google uses all of the data collected from products to serve the ad beast, which in turn suggests products from paying partners.

In doing so, Google pushes the boundaries of fair data use. Further, whenever it alters its search algorithms, Google creates tidal waves across the media industry, and impacts every single business with an Internet presence. Because of Google’s size, every business owner and media publisher must at a minimum pay attention to these changes, if not yield to them. Consider how Google pressures sites and companies to provide their data for free. When content owners and publishers say no, Google often replicates the data or it launches a competive product to replicate the creation of that data. This basically tells every data owner to you open their database to Google, or face competition from the Silicon Valley giant. Don’t be evil, indeed.

In many ways, Google’s creation of Google+ sought to replace paid access to Twitter and other social network sites that bar public search crawls. By making Google+ and Google Authorship components of its search algorithm, Google forced Plus upon content publishers and website owners. As a result, Google+ is actively marketed by millions of websites across the globe.

What would happen if the Justice Department acted and demanded that Google pay its competitors, and that Twitter, Facebook, Pinterest and LinkedIn social data received equal weight in Google searches?

I’ll tell you what. Most content publishers would stop trying to make Google+ work. A vast majority of those G+ social buttons across the social web would disappear like outdoor Christmas lights retired in the midst of January.

Google+ would collapse. And maybe it should.

In its quest to ensure data quality and drive more revenue, Google consistantly pushes the boundaries of privacy. The list of privacy violations is significant (scroll to the end of this Huffington Post piece). You have to wonder what’s going to happen with data from Glass and Nest.

The search algorithm changes impact every media and business across the world with an Internet presence. You can see the panicked Hummingbird, Penguin and Panda update posts that dominated the marketing and publishing interwebs over the past two years.

Last year Google deployed filtered emails based on keywords and data to create a less spammy email experience. Even Gmail filter changes impacted millions of people and businesses alike. I wonder how many companies have to pay to have their products seen in email ads now? Personally, I’ve had a few emails unnecessarily buried by the new tabs.

With many of these actions, Google forces content creators and site publishers to choose between SEO and smart business. Consider the placement of no follow links in press releases and now guest blogs. Now you can’t transfer Google juice in what should be common sense business activities.

I value organic growth by attracting people to my site more than I care about search algorithms. So I tend to ignore some of the finer points (keyword placement, no follow links on guest blogs I accept, etc.) in favor of a good read, but Google’s changes make me consider each tactic.

Case in Point: Guest Blogs are More than SEO 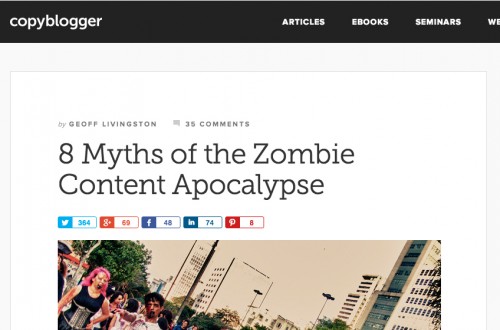 I read Google Web Spam Leader Matt Cutt‘s arguments last week to eliminate guest blog links from Google’s search algorithm. While I am certain Google sees more blog spam than the average person does, the recommendation to cease guest blogging is a flawed one.

In particular these statements were erroneous: “Back in the day, guest blogging used to be a respectable thing, much like getting a coveted, respected author to write the introduction of your book. It’s not that way any more.”

Though Matt reversed his statement a bit with an amended title and a footnote at the end, this needs to be said loud and clear: Guest blogging is more than SEO.

Guest blogging is an attempt to introduce yourself (or a brand) and garner credibility with new audiences, the virtual road show if you would. In trade, you provide quality content. Even a respected author understands that.

Let me give you some examples:

I wrote a novel call Exodus last year that’s still realtively new. So I guest blogged last Wednesday on To Read, or Not to Read about the possibility of technology destroying us. It was a fun post that delved into post-apocalyptic narration and world building as storytelling devices. It also introduced the book to new audiences.

Then last Thursday I blogged about the coming Zombie Content Apocalypse on Copyblogger. Copyblogger is one of the top blogs in my business. It is always a great opportunity to offer a guest by-line there.

In both cases I delivered unique content to the sites. I believe the original content was useful and interesting to those communities. As a result, I gained a few new followers and contacts from these efforts.

If you told me I would be penalized by Google before I drafted the posts, it wouldn’t have stopped me. Guest blogs and articles remain a strong tactic. That is true with or without Google’s blessing.

This type of situation seems to happen with Google monthly, if not more frequently. And that is the problem with the Internet giant. Small moves create massive waves when you have all the power. 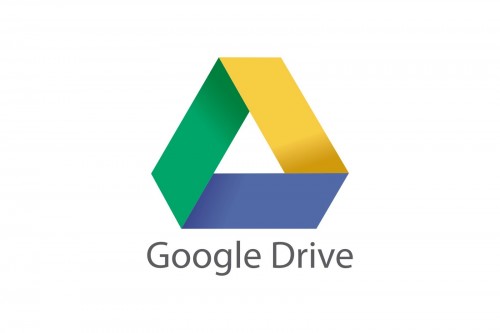 So how should Google be broken up? Personally, I think Google should be broken up into three companies to create a fairer Internet ecosystem.

The first is the search engine itself as a stand-alone product. When tied to other content elements on the Internet, Google search achieves insurmountable economies of scale. Google tends to leverage search, its various sepearate content mechanisms, and its software (Chrome and Android) for unfair advantages, most notably data mining and the weighting of Google+ in its search algorithm.

Google3 would be comprised of the hardware companies. Glass, Motorola and Nest would be form Google3. Why seperate these companies from the group? Google clearly uses data to its advantage. Creating and acquiring new devices to capture data seems to be an evolving pattern here, and one that leads to a slippery slope. Separation creates a forced check and balance.

So there you have it, my vision for a safer Internet sans the Google Empire. Much like AT&T, the Baby Bells, and Lucent Technologies in the post telecom divestiture era, the three Google companies would all be very powerful in their own right. 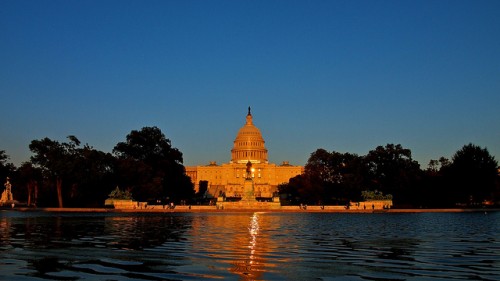 Like other big business lobbies, Google will likely avoid action or penalities for leveraging all of its business powers. Google pays to make sure its agenda is at the forefront of DC legislators’ and administrators’ minds. There are too many dollars at stake.

Washington, DC is a town built on special interest dollars. We all know this; the money involved is a central problem in today’s political gridlock.

Google was the largest tech lobbying company in DC in 2013 with $14 million spent. Ironically, this is a significant decrease over the prior year when Google faced antitrust action.

Though Google may be too powerful, it would take significant public outcry for Washington to act. Google knows the game and plays the system on every corner. We will have to continue dealing with Google’s data manipulation and Internet tactics.

It could be worse. While often overbearing in its moves, at least Google realizes that it can only grow by committing to better search, less spam, and useful information and data products. While I advocate for Google’s breakup, I’d much rather see this management team operating with these economies of scale as opposed to Facebook’s executives. That would be dangerous indeed.

What do you think? Should the government break Google up? Is the company too powerful?

Featured image via The Digital Reader. Capitol Building photo taken by me.