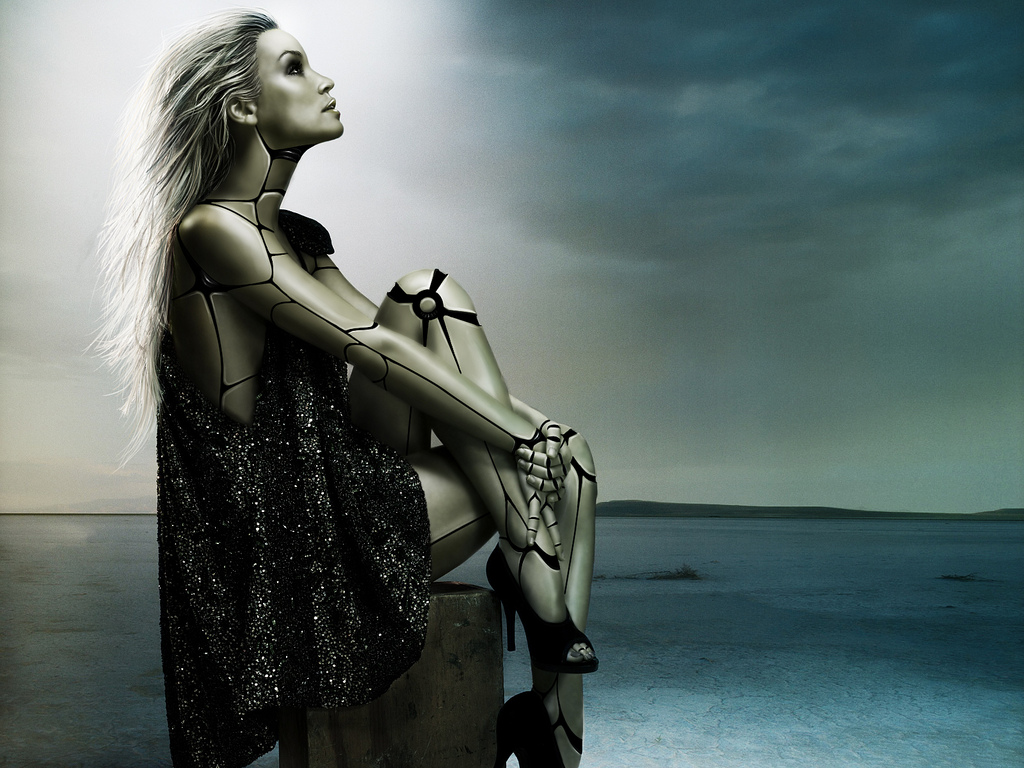 Science fiction offers strange futuristic views of technology. Some are positive, but most lean towards dystopia. Are technological fears portrayed in science fiction reasonable?

As a species, humans adapt technologies blindly with the hope of achieving promised benefits. We rarely consider societal impact. This is a huge issue, in my opinion. Technology itself doesn’t destroy or evolve societies, rather human use of advanced tools is the culprit.

Some science fiction books like Kim Stanley Robinson’s 2312 waver between utopian and dystopian views. Science fiction offers us the opportunity to debate whether or not we will destroy ourselves with technology.

Is such dialogue pure fear of change? Or do they remind that we always forget the lessons of the past?

In the case of robotics, the decades old dialogue started by Isaac Asimov’s robot novels has been greatly beneficial. We have been actively trying to build artificial intelligence that will become useful to society while not becoming malevolent a la The Terminator.

But we are not always so forward thinking. Applied to the Internet we do all sorts of neat things like give ourselves access to incredible amounts of information and publishing tools. Then we do things like strip away privacy and quantify human worth and status using tools like Empire Avenue and PeerIndex.

In my book Exodus, Book One of The Fundamentalists I began with a post-apocalyptic world decimated by a biotechnology terror, a direct result of weaponized viruses. This narrative device allowed me to create a world where people avoided technology and religion for centuries, in favor of an agrarian utopia. Throughout the trilogy I debate whether we as a species can use spiritual ideas and technology tools peacefully.

I have to tell you that by the end of the trilogy, technology makes a big come back as a means of defense against fundamentalism. Humans end up using both to create power structures to benefit themselves and dominate other people. And in other cases, people use these very different tools to help each other.

Because that’s who we are, at least right now. I really believe that a portion of the population will always fall to primitive negative actions, and others will rise above. The combination creates volatility.

Why do I have this view? Human beings are complicated, and create conflict. While some people are altruistic or generally good in design, we are all to some extent self-motivated. War itself is something that is a result of modern agricultural and political structures, say researchers. Even when we are not at war, we compete with each other, on an individual basis and with other nations to create the most prosperity and status.

Anyone who thinks the United States is not competing with China from a technological perspective is crazy. How many private incidents of cyberwarfare occur without our knowledge? It’s not like the Pentagon or major companies want to admit how often they are getting attacked.

Furthering blind adoption of tools, technology has proven to be a huge economic driver. Consider the way we encourage technological development in Silicon Valley and beyond? IPOs and acquisitions drive the the tech sector.

Just last month we saw Google purchase Nest for an astounding amount to empower the Internet of Things. Society will certainly reap the economic benefits of data. But are individuals and communities ready for a coming wave of metric-based vanity that determines their place in society?

So you see, I really do think the human application of technology is a worthwhile discussion. Without foresight, it can become quite destructive. What do you think?

Featured image by Mark Beemink. A version of this post ran originally on to read, or not to read.