U.S.A. and Russia: How Far We Have Come 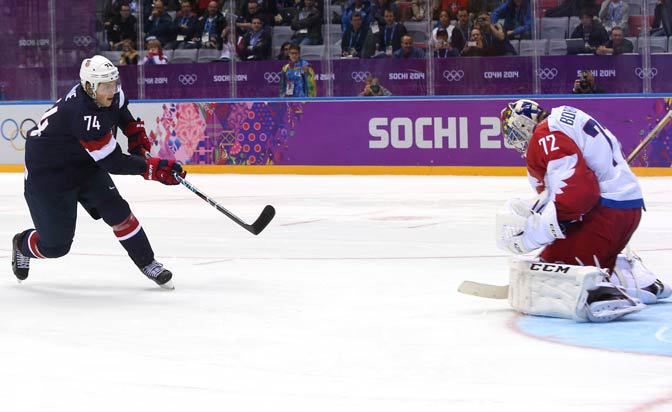 I woke up early on Saturday morning and made my way into the city for a Russia-USA hockey game viewing hosted by the DC2024 bid. There I watched T.J. Oshie’s shootout heroics with about sixty people from the Russian embassy and local business executives.

It was a remarkable experience in every way.

The game was great, but so was this incredible scene. Here were Americans and Russians sitting side-by-side respectfully cheering for their teams.

See, I remember 1980 and why the U.S. hockey win over Russia was such a miracle. Not only did those college kids beat what was for all intents and purposes a pro Soviet team, but it happened in the midst of the cold war. We beat a bitter rival.

Things were not good between our countries. Brezhnev ruled the Soviet Union and Carter was in the midst of beating out Ted Kennedy in an unusually heated primary between an incumbent president and an intra-party rival. I was a second grader who spent the occasional emergency drill by my locker with my head between my knees, just in case a nuclear strike hit Philadelphia.

Back then they hosted the Winter and Summer games in the same year. Ironically, the 1980 version had the U.S. hosting the Winter Games in Lake Placid, and the Soviet Union hosting the Summer Games in Moscow. Jimmy Carter ordered the U.S. team to boycott the Summer Games, a protest against the Russian invasion of Afghanistan (These days that move feels like a pot calling the kettle black.).

It took another decade for the Berlin Wall to come down, and for the eventual collapse of the Soviet Union to occur. Until that time, the Soviet threat was very real throughout my tween and teen years. The Reagan years were full of saber rattling and fear as much as they were a time of triumph. The back and forth tension included the Soviet Union returning the boycott favor by refusing to appear at the 1984 Summer Games in Los Angeles.

So you see, winning the 1980 hockey game against the Soviets was not just a trivial match. It was a testimony to America’s fortitude and eventual triumph in the cold war. 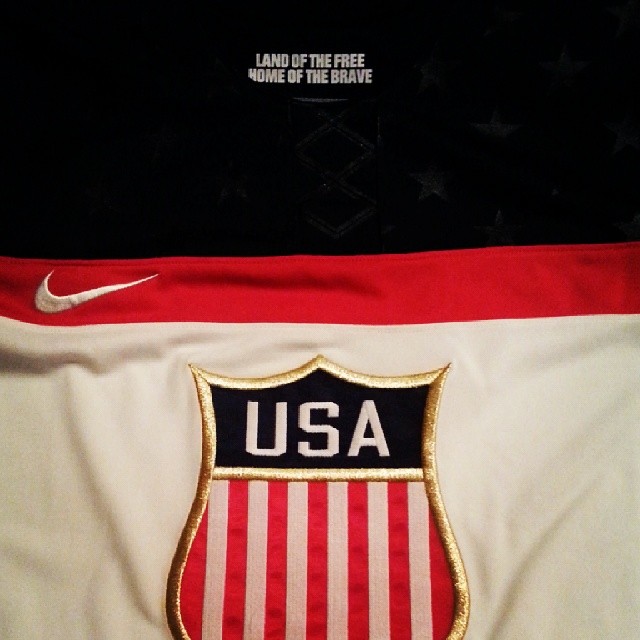 I read a few articles preceding the Sochi match between the historical rivals, most of them suggesting that the Miracle on Ice needs to lose prominence in the overall context. After sitting in a conference room on the 11th floor of a K Street building with many Russians wearing hockey jerseys and enjoying the game together, I have to agree.

It wasn’t the end result that mattered, really. In fact, Saturday’s win won’t matter outside of medal round seeding, and an extra game for the Russian team in these Olympics.

What mattered was the clapping, the clapping of both Russians and Americans at the conclusion of the second period, the third period, and overtime. We were united. This was great hockey, and we could enjoy it together.

Featured image by the NHL.