#xPotomac14: Israel and Corbett Take on the Internet of Things 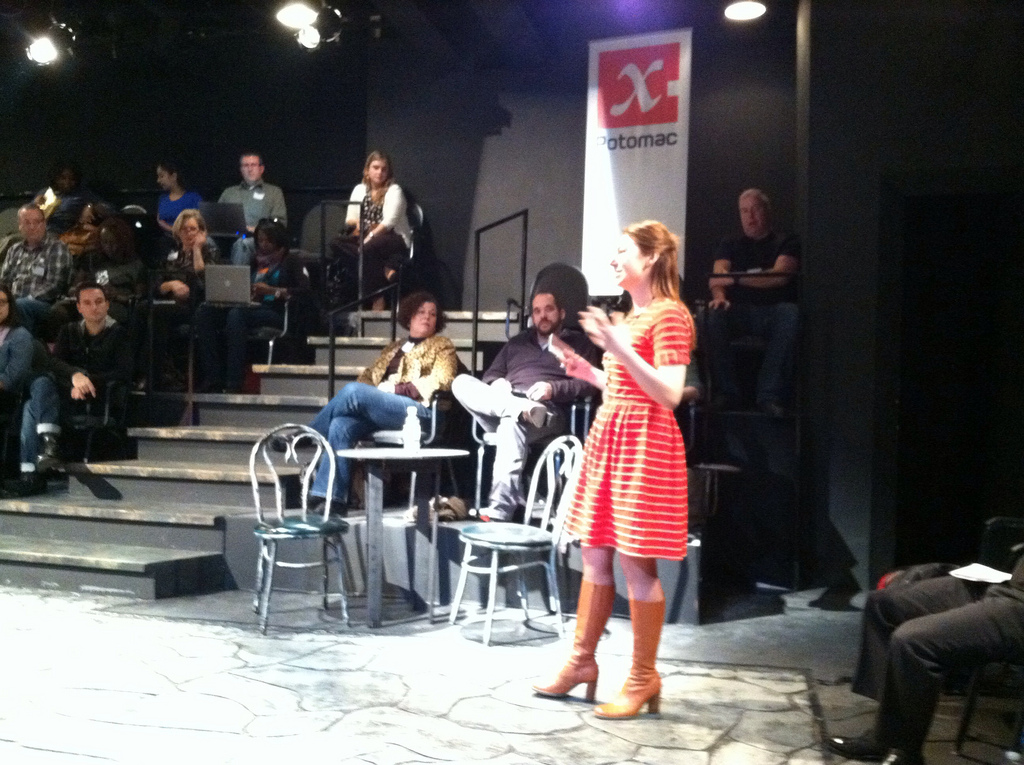 iStrategyLabs and DC Tech Titan Peter Corbett is presenting at xPotomac this February 28th with a discussion on The Internet of Things.  Shel Israel‘s co author Robert Scoble is keynoting about their book Age of Context (Shel was coming but had a family emergency). Peter and Shel took some time to answer some of my questions about how Internet enabled devices are changing marketing and media

Don’t miss the opportunity to interact with Peter and Robert, and some of the technology industry’s best minds live, including Age of Context Authors Robert Scoble and Shel Israel. Register today, and use the code Geoff for 20% off!

GL: You are doing some great work with the Internet of Things, or sensors. Why is it so important for marketers to consider the use of this kind of data in their work with customers?

PC: A funny thing is happening. People are more interested in connecting with the real world than they are with the digital one – and the physical world is no being infused with technology in ways we’ve never seen. With that in mind, marketers – who’s job it is to connect meaningfully with customers – are being drawn into Internet of Things related campaigns because is simply what people want to interact with.

If you’re a marketer and you’re not at least familiar with the space, you’re at a dramatic disadvantage. If you’re an agency who can build internet connected devices you’re probably so business your just can’t keep up.

SI: Sensors are becoming ubiquitous, and with the release of Beacon Low Energy Blue-tooth, they will soon be installed every few yards of many stores. They will talk to shopper’s iPhones as they walk by. This will allow retailers to know who is in the store, that person’s buying history, the route they are taking through the store and for loyal, repeat customers, probably sensors will allow the store to under stand the shopper’s intent.

This changes a great deal for marketers. Marketers will be able to make offers that are highly personalized to each shopper, and not bother other people in the location who have different intents. The data will also allow retailers to position items on display with much great effectiveness. What, I am thrilled to say, will disappear is the need for marketers to try to push crap to every person that comes within range.

Robert Scoble and I have a name for this new, extremely precise approach. We call it Pinpoint Marketing.

GL: How far do you think we can take the Internet of Things?

SI: How far it is taken Geoff is beyond the control of you and me at this point. Sensors are growing exponentially, they are getting smaller and less expensive. Retail applications that I just mention are just one world-changing applications.

Sensors on Pills, will allow doctors to see what’s going inside our bodies with out intrusive procedures that we now must abide. I for one will not miss the joy of a colonoscopy. Sensors will be attached to traffic lights and talk to sports stadiums, so that the lights will be recalibrated when a big event gets out.

In Orlando, there are sensors in smart parking lots. They can tell motorists where spaces are open, so that they won’t be driving around and polluting. You ay for the space on a mobile app where your credit card is on file. If you don’t pay, you’ll get an automatic fine. I could write a book about the different ways sensors will change work and life. In fact, just did.

PC: I don’t really see a limit. Our world will be very different 10 years from now. In 50 it may be unrecognizable. It’s not clear if this is a good thing or a bad thing yet – humans will have relationships with objects unlike we ever have before. Would you rather have a girlfriend or your iPhone? Some people would already choose the iPhone.

GL: What’s the utimate application you have seen so far? 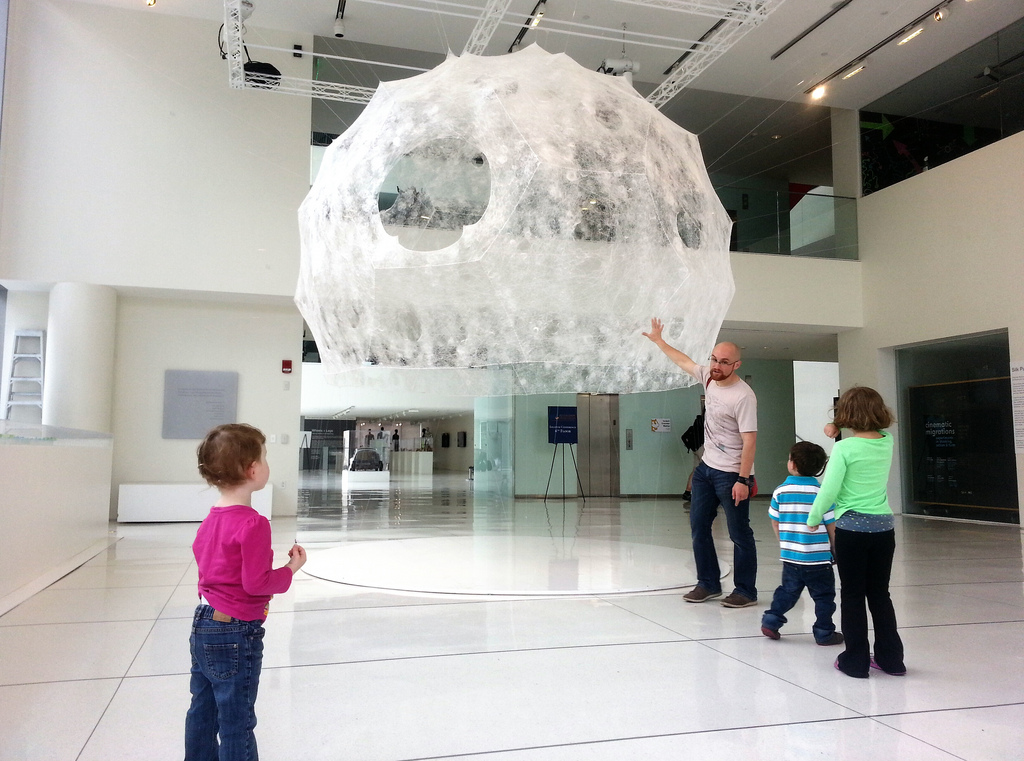 SI: Every time there is an ultimate application, there is one that is even more ultimate that pops up before I get a chance to write about it. We are in a period of rapid innovation and disruption. There is abundant competition that is fomenting fast and faster change. Today some people may be made uncomfortable by digital eyewear such as Google Glass.

In a few years, that digital eyewear may be a piece of nanotechnology inserted into the optical nerve where it will communicate directly with the brain. Robert Scoble and I have seen augmented reality binoculars, that allow you to see precisely what’s around you–except that a sign, a map, pr a person is inserted into the scenario that is not really there.

In the play “Who’s Afraid of Virginia Wolfe,” Martha tells her husband, “Truth and Illusion, George, you don’t know the difference.”

PC: You mean besides our GE Social Fridge? I have to say Points is a big deal. Or August. Both of those products should be big successes from what I can tell. Homegrown hero SmartThings in DC is way out ahead with regard to platform development for home automation. I think they’re going to kill.

GL: Is social media an established and at the same time tired practice now?

PC: Absolutely. Social media is a boring commodity. It’s easy. Hardware engineering isn’t. Physical + digital interaction that excites and delights people is much more difficult to design for than a simple click on a social app. The bar has be raise really high with this one, and the social shops are going to get eaten alive people people that can span digital and physical.

SI:Social media is now a mature platform. No surviving company has a go-forward strategy that does not include social media. In less than a decade, it has moved from a disruptive intrusion to a core component of life and work. There is nothing tired about the technology. What got tiring is talking about social media. Now we just use it.

Businesses have come to understand that it is not just about push, but is an amazing place for gathering real time sentiment and data. The traditional media that has survive the tumolt of the last year, now see the people of the world as sources of credible news and the platforms as faster, better, cheaper ways to distribute it. I only wish the slow-moving institutions, particularly government and education would embrace the social media more strategically.

GL: If you could coach today’s students on one area to focus on, what would it be?

PC: I’d encourage them to focus on product design – digital and physical product design. There’s so much work to be done, and not enough talent. I was a programmer/designer who went to business school and studied marketing and management. I wish I had studied mechanical engineering or industrial design. Those are such important worlds to grok.

SI: I would counsel them not to focus on any one area unless they have to. I’d also advise them to learn to program, and that they will most likely learn far more on devices than they will in classrooms–despite what their teachers may tell them.

GL: What’s next for iStrategyLabs?

PC: We’re building a new product – it’s a real-time analytics platform for employees. We want to see if we can help teams be happier and more productive. That’s a very much digital product (and iOS app). At that same time we’re working on more physical internet connected device prototypes for internal purposes and for our clients. We hope the we discover a blockbuster internet connected device we can build 1000s of over the next couple years.

GL: What’s next for Shel Israel?

Shel and I want to show how it is all part of a new global economy, one that is enabled by the technologies that are forming the Age of Context, an economy where the government plays a reduced role even on recognizing and defining currency, and designers with new ideas can print products on home devices.

Don’t forget.  Register today for this Friday’s xPotomac conference, and use the code Geoff for 20% off!