Success Built on a Mountain of Failures 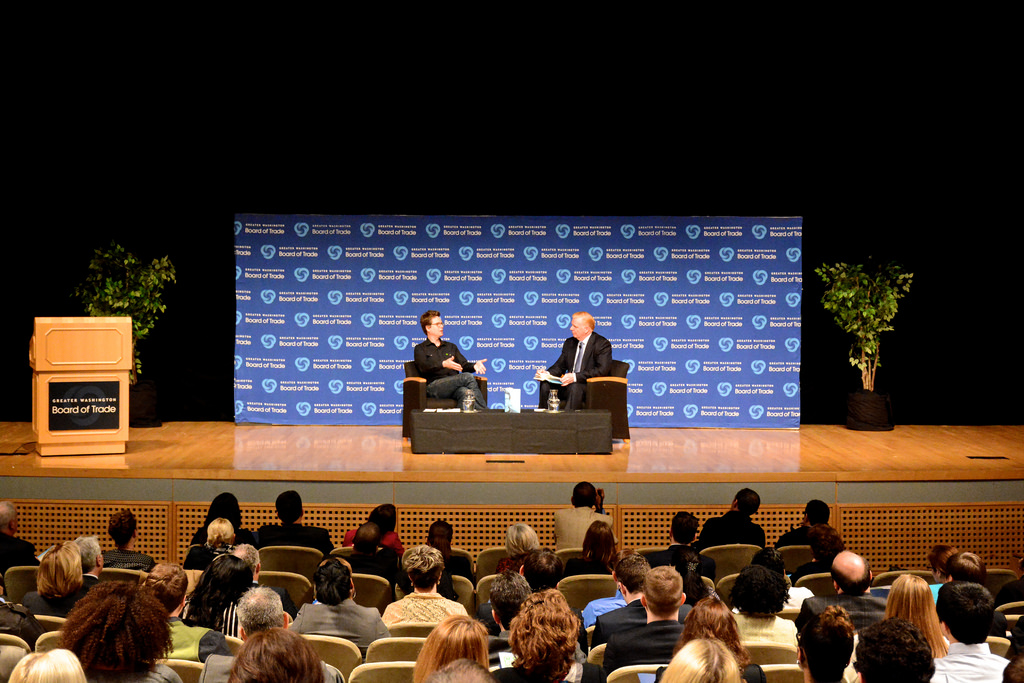 Two weeks ago, Jelly Founder and Twitter Co-Founder Biz Stone spoke at the Greater Washington Board of Trade about his lessons learned as an entrepreneur, as detailed in his new book, Things a Little Bird Told Me. The conversation with Board of Trade President Jim Dinegar inspired hundreds of executives.

“My success is built on a mountain of failures,” said Biz.

Biz continued and said that he attributed 99% of his success to failures and 1% to luck. He looked at failure as a method of experimentation. Failure tells you what doesn’t work, and allows you to move on to a different approach and find an answer. 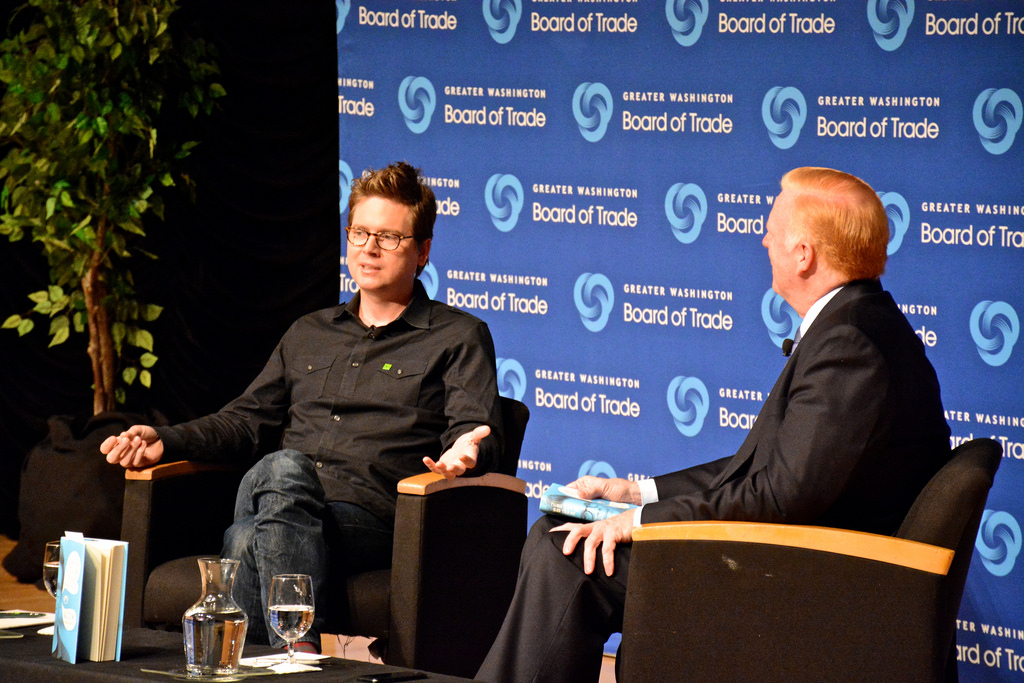 Biz had an impovershed upbringing. He was raised by his mother who was a single earner. He was busy as a high school student, and ended up starting and participating in his lacrosse team and working at night. He didn’t have time for homework, too, so he actively dialogued with his teachers and worked out an agreement. Later Biz dropped out of college… Twice.

He related how he had moved west to Silicon Valley to work with Ev Williams, and his mild successes and failures with Google’s Blogger platform. During the pre-Twitter success period of his life, Biz was struggling to make ends meet, and he and his wife slept on their floor.

Ev left Blogger, and Biz became the leader of the unit. Google then IPOed, which help relieve Biz’s financial woes. Biz decided to leave Google after the IPO because he wasn’t happy with the experience, even though he was the voice of the Blogger platform. He didn’t love what he was doing, and he had specifically come to California to work with Ev. So even though the Google IPO promised more wealth, he joined Ev and built the podcasting software company Odeo.

Odeo’s failure produced the concept for Twitter. Rather than simply close the doors, Ev and Biz held a hackathon to come up with cool ideas. By then Biz and Jack Dorsey, a programmer at Odeo, were becoming good friends. They hacked the idea for Twitter based on AOL’s Instant Messenger platform.

During the company’s initial successes, Twitter experienced severe technical issues, and the service kept collapsing. It was the era of the Twitter fail whale. Everyone was strained, and one day Biz — who again was the face of the company — came in and snapped. He yelled at the team.

Jack got up and asked Biz to talk privately. They went for a walk and Jack told Biz that he couldn’t behave that way. “I realized I was the leader of the company,” said Biz. “I always needed to present a positive outlook for the team.”

More stories were shared including a stiff conversation with Facebook Founder Mark Zuckerberg who inquired to buy Twitter.

All in all, I found Biz’s adventures to be very inspiring. I believe that success is something that could happen with hard work and faith. And that belief was reaffirmed. I liked the Jack lesson, too.

Biz did note that it was important for people to give back. He said it doesn’t matter how much money you have, you always need to give to people, even if it is just time or $5. It changes who you are and the benefit is that it make you a better person. Biz is actively involved with DonorsChoose.

A version of this post ran originally on the Vocus blog.