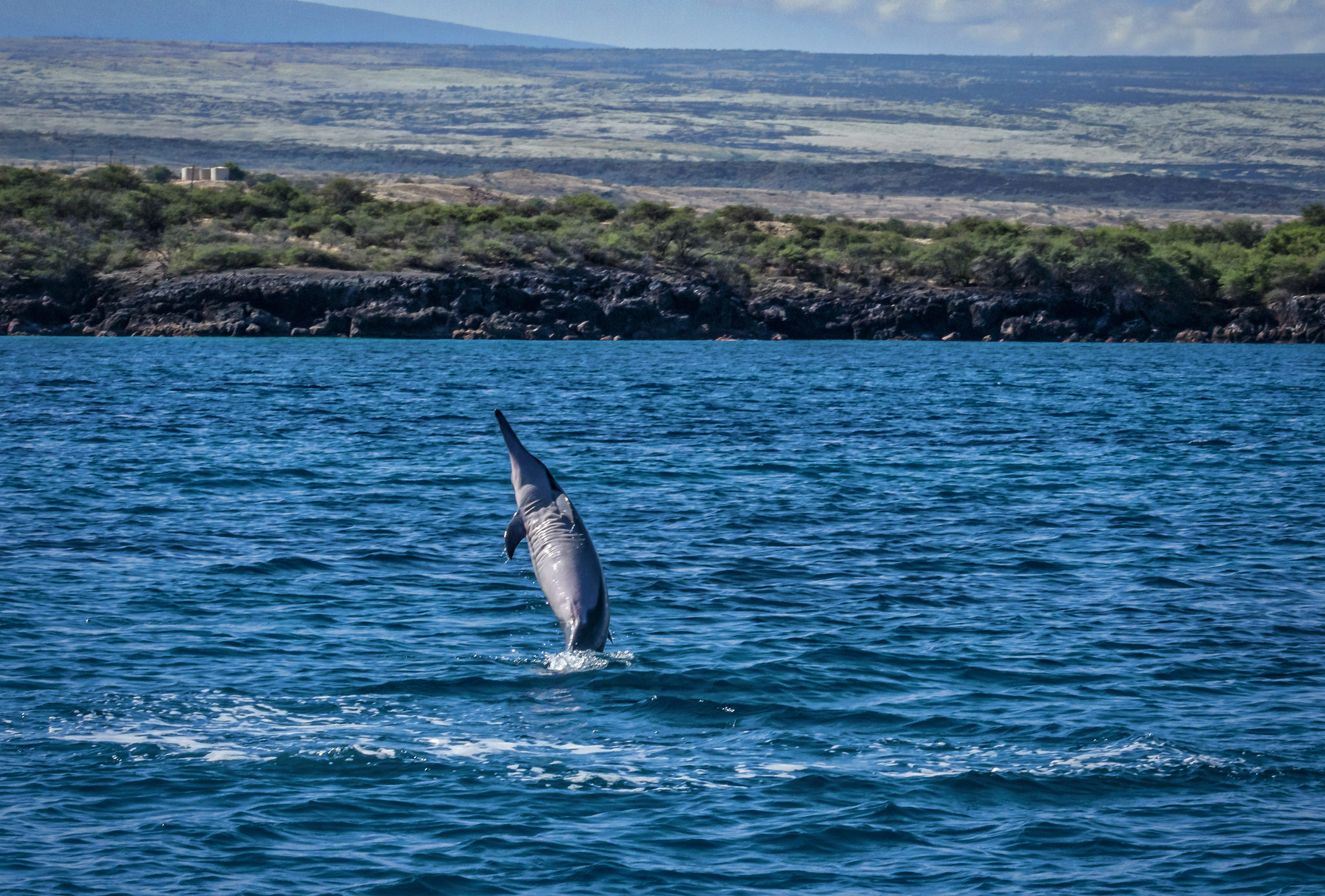 Last week marked my nine year blogiversary. Actually, it’s nine years of blogging, but this blog came afterwards. I sold my first one, the Buzz Bin.

So one might ask why am I still blogging and what have I learned? Here are nine mini-insights and rants about blogging and content as a whole to celebrate.

1) Blogging Is Not Everything

When I was caught up in the social media wave, blogging and the online presence it created was everything. It was an incredibly freeing tool that sent me on a wild writer’s journey, one I had always dreamed about. Over the last few years, I’ve come to see that blogging as little more than a tool. Blogs, photos and social media in general are very useful, but they ALL have their place.

When I see content marketers and other communicators prioritize their blogs as most important, I shrug. Maybe it’s everything for them. Maybe their blog communities are the alpha and omega of their business. And that’s OK. Many good things have happened from such gatherings, and I can testify to that based on my own experiences.

My blog certainly works to inform members of my community, but meeting, talking with, and seeing people in real life and via other venues is much more important. I’ve come to realize the relationships are most important, not the medium.

Strong relationships don’t scale in a comment box. When I overinvested in digital media and underinvested in personal contacts, I put myself in a vulnerable position. Clients, co-workers and friends — the ones that impact your life in a positive fashion — matter more than any social score or reply. I’d rather talk with them directly. This is what enables me to retain great relationships — strong ties.

I don’t get as many comments as I used to (who does?). When I do it’s usually with people who I have spent some time with, and that’s important to me.

3) If There Wasn’t Public Commenting, We’d Have Less Haters, BUT… 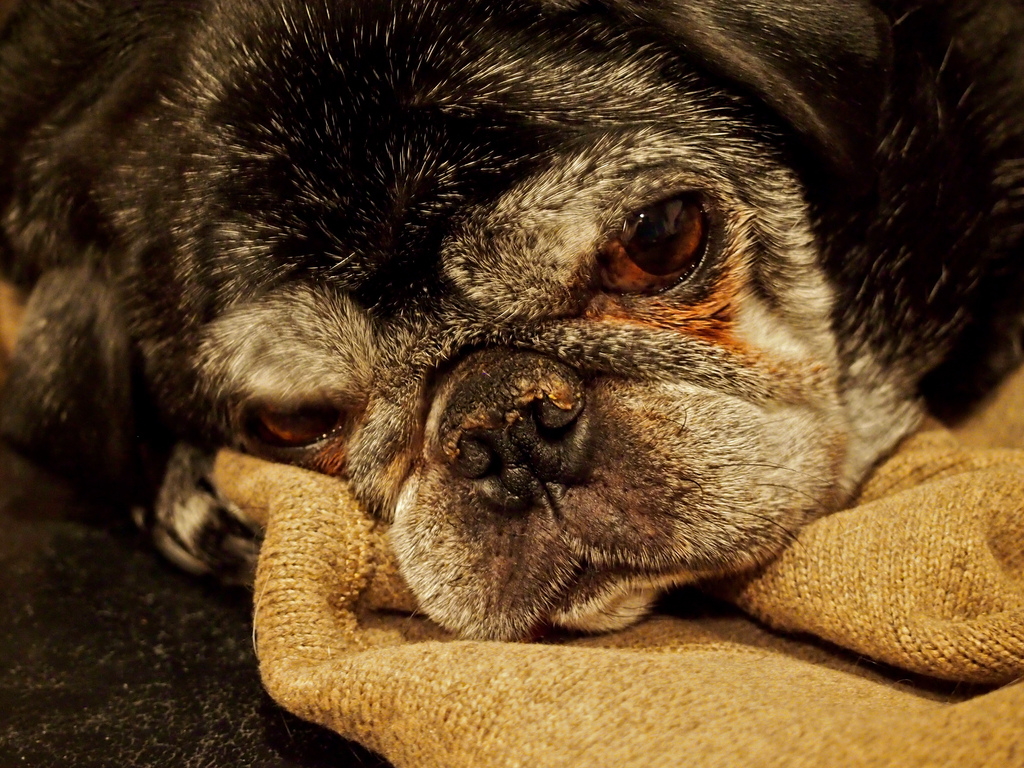 Haters are going to hate. Sometimes people just disagree and that’s OK, too. But there are others who feel they need to be contrarian or think they’re “smart.” They leave their litany of negativity. What would these people do without commenting? Is graffiti still an option?

BUT, you still need comments because it is social media. If a site is publishing without comments, then they are articles, not blogs. Blogging was at the heart of social media before social networks. In my mind, a blog is a two-way street. A publication — whether it’s a traditional masthead or an individual’s enterprise — can reside on a WordPress and not be a blog. Commenting is what makes social media.

4) Frequency Matters Until It Doesn’t

Blogs and content, one isn’t the other though some mistake the two as synonymous. If you’re a content marketer, then you probably know high blog post frequency is just one path to success. If you don’t use your blog as a primary content marketing vehicle, then frequency doesn’t matter. It’s what you choose to do with it. Frankly, if you’re a person you don’t have to content market. You can just be you, too. 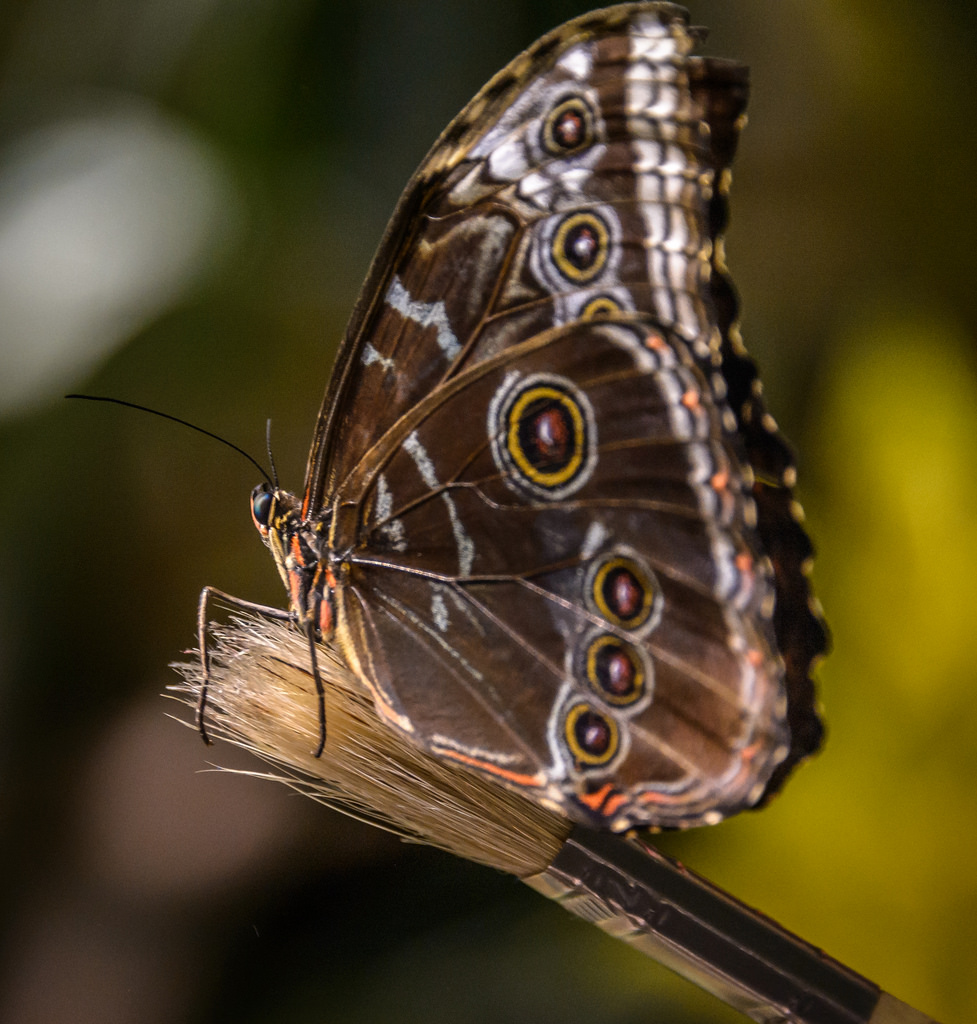 Speaking of blogs as content marketing, the latter has been the marketing rage for a few years. Today, many would acknowledge the proliferation of content has just created the new spam. Five entertaining tips (and yes, this list of nine rants pokes fun at the Buzzfeedization of everything) done well are awesome, but the imitators have bludgeoned the customer with me, too efforts. See, here’s the problem: Content is just part of the user experience (UX).

When you sacrifice UX for the sake of personal attention and triggering Google bots, you create a long-term negative-sum game. It’s back to over-marketing. Following someone or a brand via social networks and RSS is a very casual form of permission. We need to consider how frequent average content impacts the customer’s experience interacting with us. Is this really worth talking to folks about?

Mark my words, content is a part of the UX. A great UX is what matters most to a brand, from first touch to every single interaction after a sale. Marketers will be forced to address the UX problem they are creating with content glut.

6) The Blog as a Public Journal (Yeah, Old School)

When I started, blogging was about journaling new technology discoveries, lessons learned, and sharing insights. For a while, a bunch of early adapters chatted together and broke in this fantastic new set of media. Then personal branding, corporate social media, and content marketing changed things. Blogging became a rat race, a demonstrative example of marketing smarts.

Then you have a kid. You run a business. You measure what’s generating leads. And maybe you prioritize.

When you hang up the frequency bite, you realize it’s going to be hard to be heard. You’re not playing the game anymore. Complicate that matter with a restlessness about blogging social media how-tos and trend pieces, and you have a problem. Content marketing is going to be difficult.

So, during the past year, I blog only once a week, and I write whatever I want. Topics can vary, including new media, fiction, photography, and work. When I have a social good topic, I blog about over at the Huffington Post. Most topics are opinion-based, just like they used to be. It’s old school blogging.

You know what? I have enjoyed blogging this past year more than I have since the 2000s. That’s pretty cool. 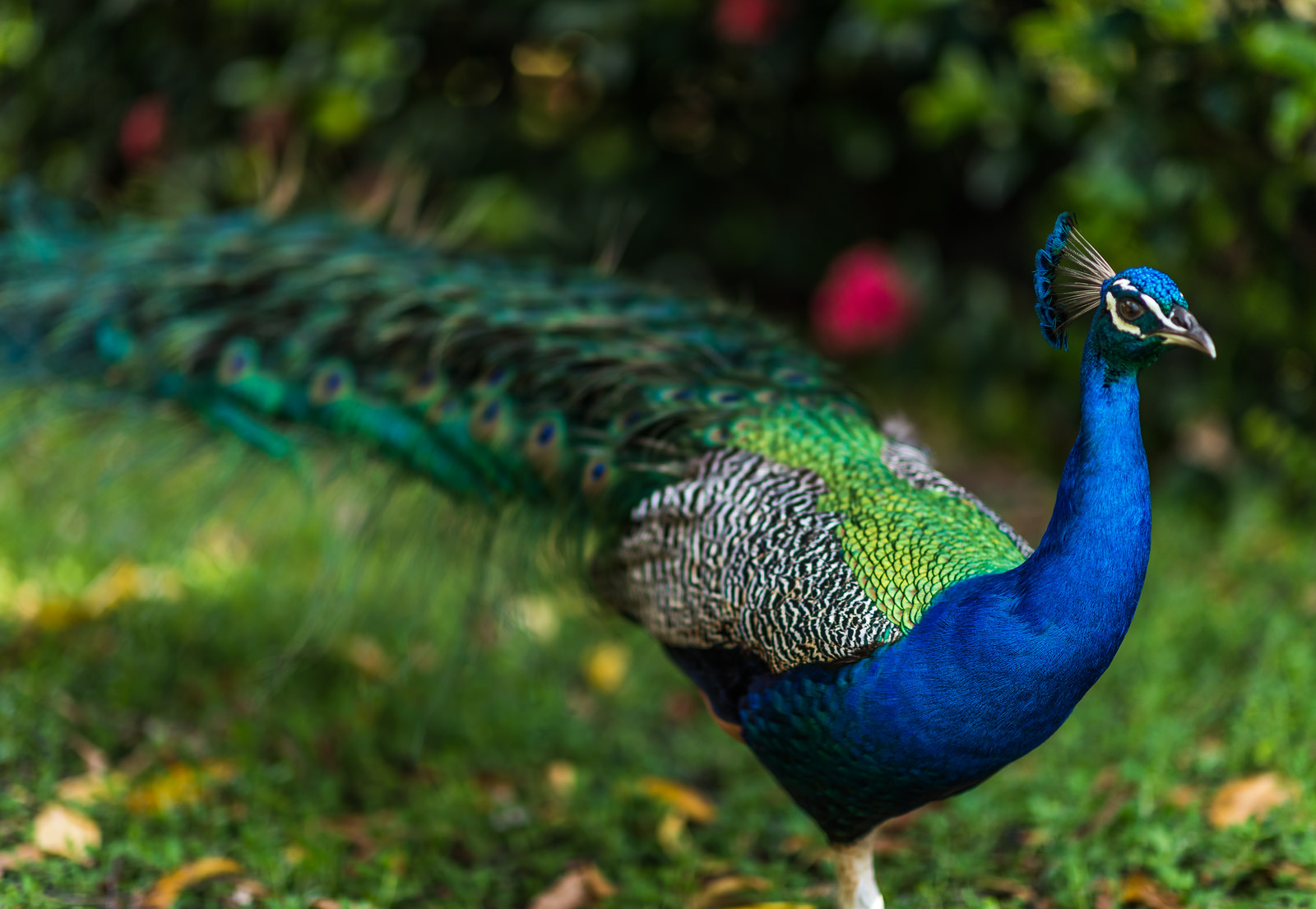 Today, word of mouth influencers are still important, but in the larger sense most people just see uber-bloggers/influencers as big over-privileged pains in the ass. Go figure.

8) I May Go Back to High School

I really hated high school. The exclusionary cliques, the stratification of the popular kids based on vapid criteria, and the shaming of the uncool was all too much. High school was an awful experience, and when graduation came I could not leave for college soon enough.

It’s been 25 years now. People have changed quite a bit, at least based on what I see via Facebook. I find myself very interested in attending this year’s reunion. I am sure there will be some of the old shenanigans, but I also think some people will be quite interesting.

Maybe I’ll feel the same way about social media conferences in the future. 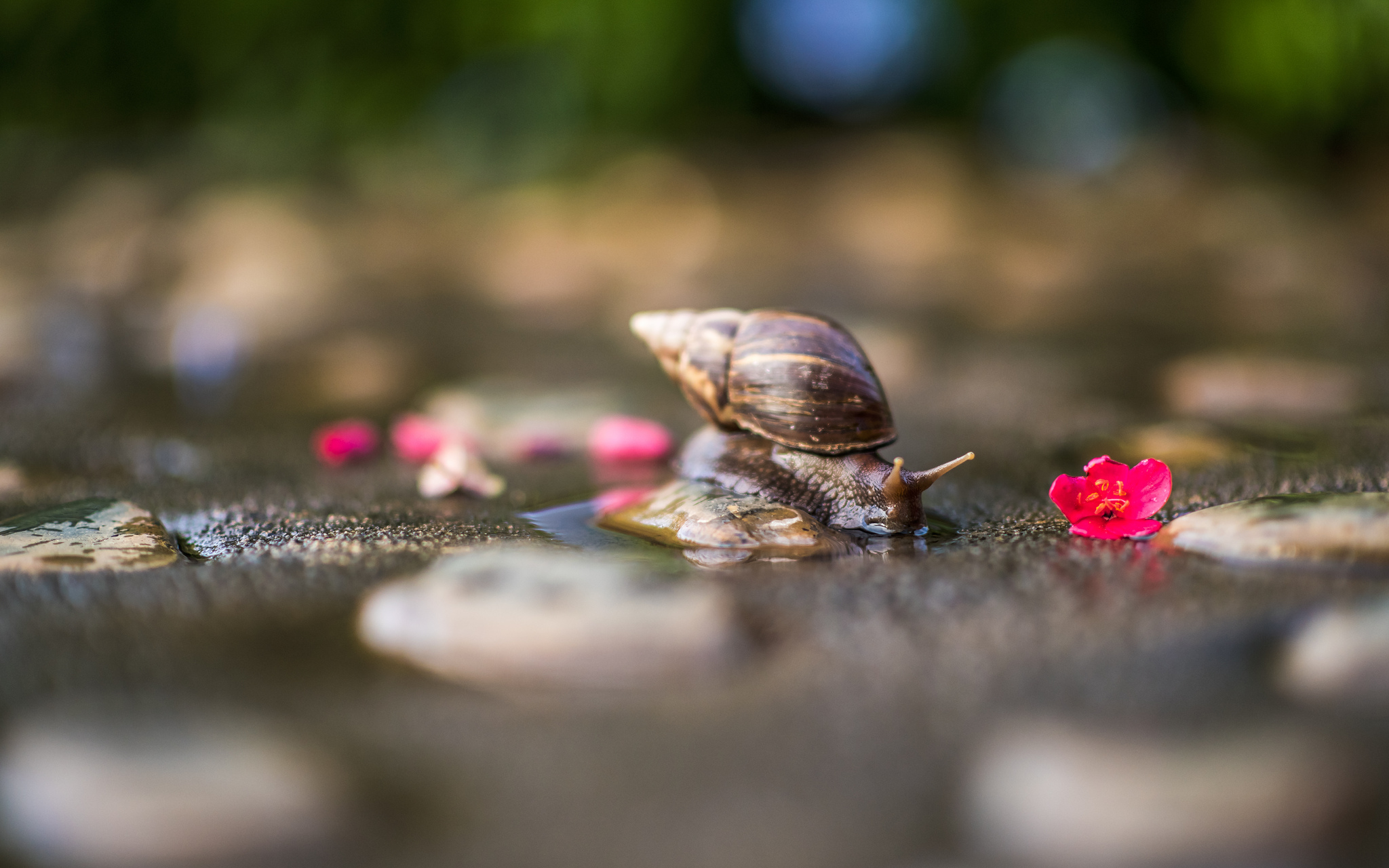 My new book will be released later this summer. It will be called Perseverance after listening to the editorial feedback I received from the publisher. Perseverance is an interesting word when it comes to blogging.

There were months on end, long periods of time when I wanted to quit. But I didn’t. As a result I achieved longevity. I had periods of notoriety, but overall I meandered. The body of work moved between professional to personal interest, and back and forth again. More than anything, the blogs reflected my own personal journey and perhaps they suffered for that. That’s OK, I’m still standing.

As time has passed, many, many peers have stopped. Some have had periods of fitful stopping and starting. No matter what, whether they like this blog or not, people know this blog will keep publishing in the foreseeable future. I’ve made it this long. I can’t imagine not making the decade point.