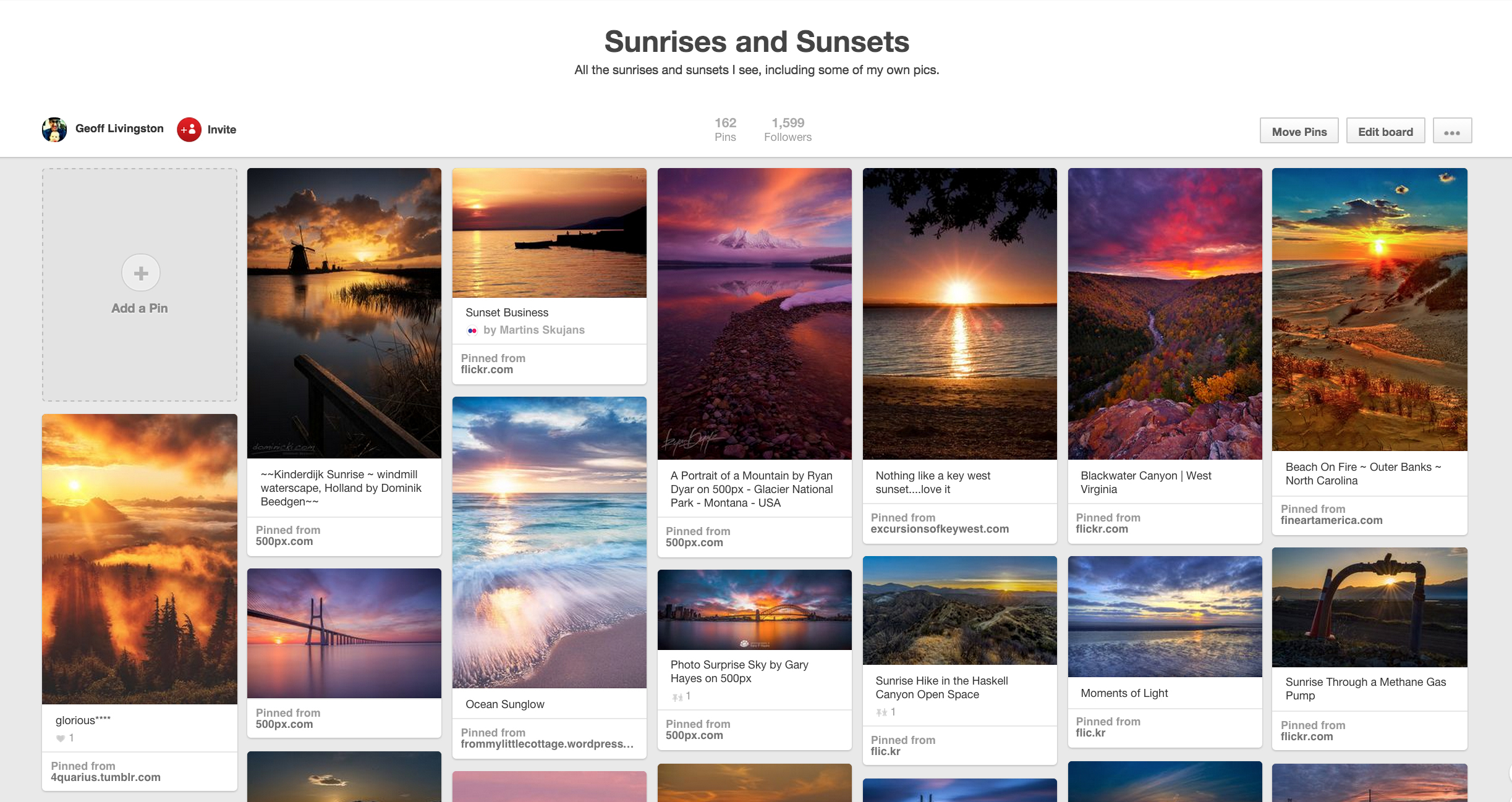 Twenty-eight percent of adult Internet users and 22 percent of the entire U.S. population are on Pinterest, according to Pew Internet. In total, Pinterest is third amongst the social networks, trailing Facebook and LinkedIn.

According to an Ahalogy study, many active Pinterest users indicate they turn to the social network in place of traditional media:

Yet Heck, even B2B darling LinkedIn seems to get more love from social media experts.

So, why so little attention relatively speaking?

“Because to successfully market on Pinterest, you must act a little differently,” said David Weinberg, CEO and founder of Pinterest marketing firm Loop 88. “It offers a unique visual aesthetic with different uses than other social networks.”

So what does it take for communicators to succeed on Pinterest?

People don’t act the same way on Pinterest. They are searching for and adding things that are meaningful to their lives. The context is completely in the realm of the end user.

Hypothetically, if you are a travel company you usually post on why Paris is a great place to visit. But the end user would search for romantic places in Europe to propose to your fiance. While it may seem obvious to some to propose in Paris, it may not be to Romeo. A Parisian travel site may want to build content that includes the top 10 places to propose to your girlfriend/boyfriend in Paris, each location with its own image and short story.

In 2013, Target created a unique campaign for those looking for party supplies called Best.Party.Ever. They hired renowned event planner David Stark, and the board went crazy with more than 160,000 followers. It was a brilliant network-specific campaign that highlighted one of the primary reasons people shop at Target.

2) Codify for the Pin

It’s not enough just come up with great pictures that link back to a story. Communicators need to take the contextual step further on Pinterest. Build pins that fit common search terms, and place them in boards that fit larger consumer searches.

“The right pin boards and keywords are critical for success,” said Dave Weinberg. “You can see it with repins, sponsored posts, and even the successful influencers. People are looking for stuff. If you think about the lifetime of a pin, it can work for your brand over a period of years.”

3) Hire Influencers to Build the Pins

In most other social networks, influencers mention your brand and your happy. More often than not these mentions tend to be news bound, though they can be topical. With Pinterest, it’s better to have the influencers build content rather than re-pin it. This often drives incredible interest.

The Wall Street Journal recently reported how large brands are moving towards hiring influencers to work their networks rather than buying sponsored pins. The article cites how VH1 hired influencers to create pinboards for its show “Hindsight.”

“It had 600,000 followers for an influencer-created pin during a single week,” said Tom Chirico, VH1’s vice president of marketing.

Most social networks have native advertising products these days, and Pinterest just launched its Promoted Pins product. Promoted Pins are different in that Pinterest is building its platform now to justify its $5 billion valuation.

Success is paramount for Pinterest. To help, the social network is investing editorial control over the ads to make sure they are interesting enough that the larger community will enjoy them. As a result, the optimized pins will garner success beyond the paid reach, creating content that will perform well for the lifetime of the Pin.

Promoted Pins are new, but Pinterest says brands are experiencing a 30 percent bump in earned media, or free impressions, from their campaigns.

It’s one thing to work within Pinterest. It’s another to understand that Pinterest fits within the larger ecosystem of Internet websites. If a good percentage of your customers are Pinners, then integrate your Pinterest assets throughout your web experience.

Some brands are going further than just offering on-site Pin sharing. They integrate entire Pin boards onto their websites.

This post was published originally on the Cision blog.